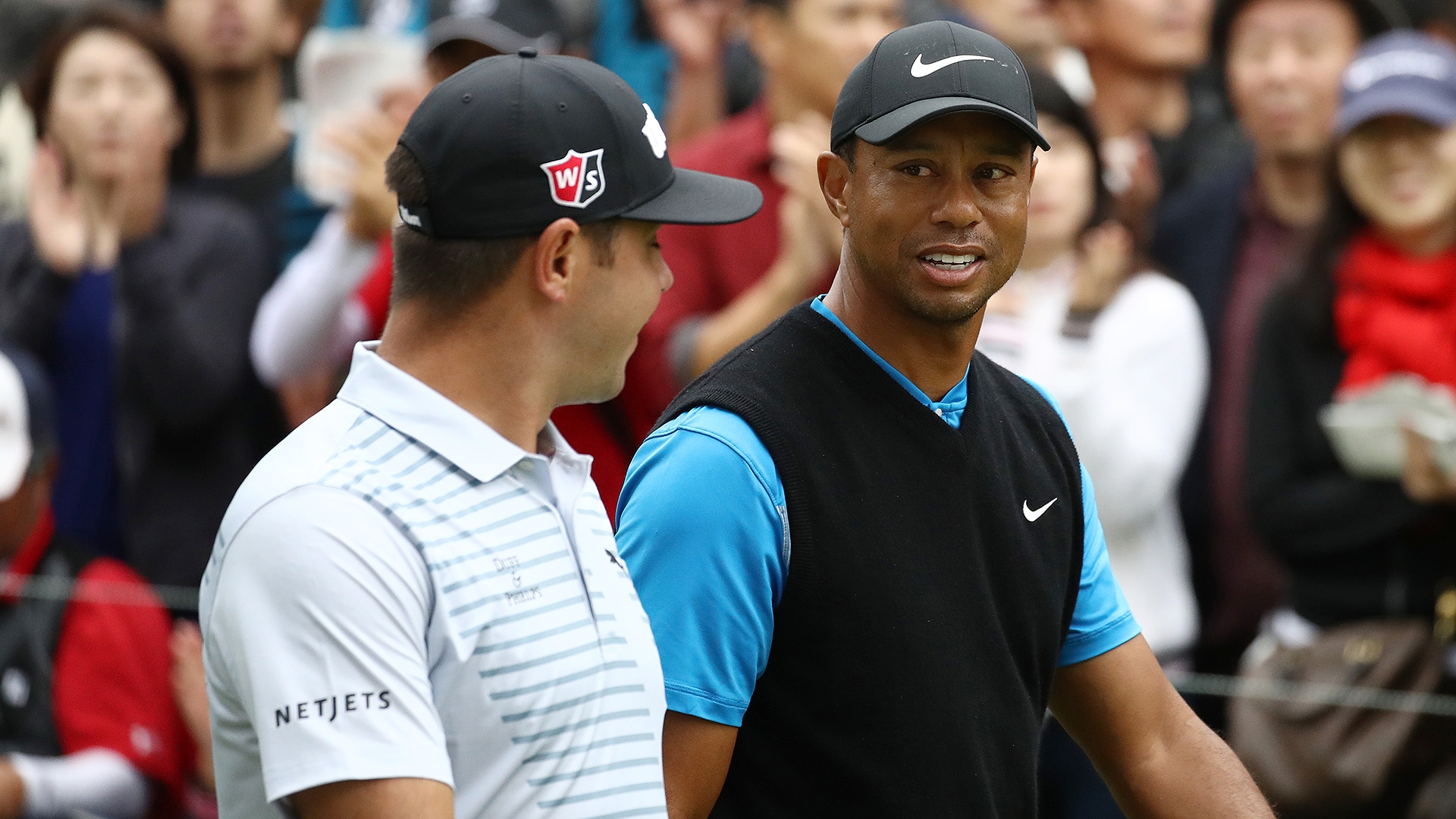 CHIBA, Japan – In his first start since having off-season knee surgery Tiger Woods pulled away from the field at the Zozo Championship and will begin the final round with a three-stroke lead.

Woods won’t have long to reflect on his third-round 66 with the final round scheduled to start less than an hour later, but if he did have a free moment he could consider his indominable career as a front-runner. 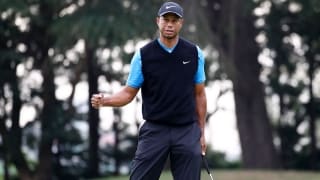 Tiger Woods shot 4-under 66 in the delayed third round of the Zozo Championship to take a three-stroke lead into the final frame, which began immediately thereafter.

Woods is 24-for-24 with a lead of three shots or more going into the final round on the PGA Tour and 43-of-45 with the outright 54-hole lead.

The 43-year-old is scheduled to tee off 1 a.m. ET Sunday in the inaugural event that was delayed by storms. Although Woods won’t be able to complete his final round, officials hope he can play at least nine holes and finish the tournament early Monday.

“I played the par 5s in 1 over on the back nine which is not very good, but I got myself in the lead and we still have a long day ahead of us. We just need to finish it off,” Woods said.

Because of the delays and adjustments, officials won’t re-group between rounds which means Japan’s Hideki Matsuyama, who is alone in second place at 13 under, will play in the group ahead of Woods.

A victory on Monday would tie Woods with Sam Snead for the most Tour victories at 82.