Like old times: Cantlay back on top at Jack's Place 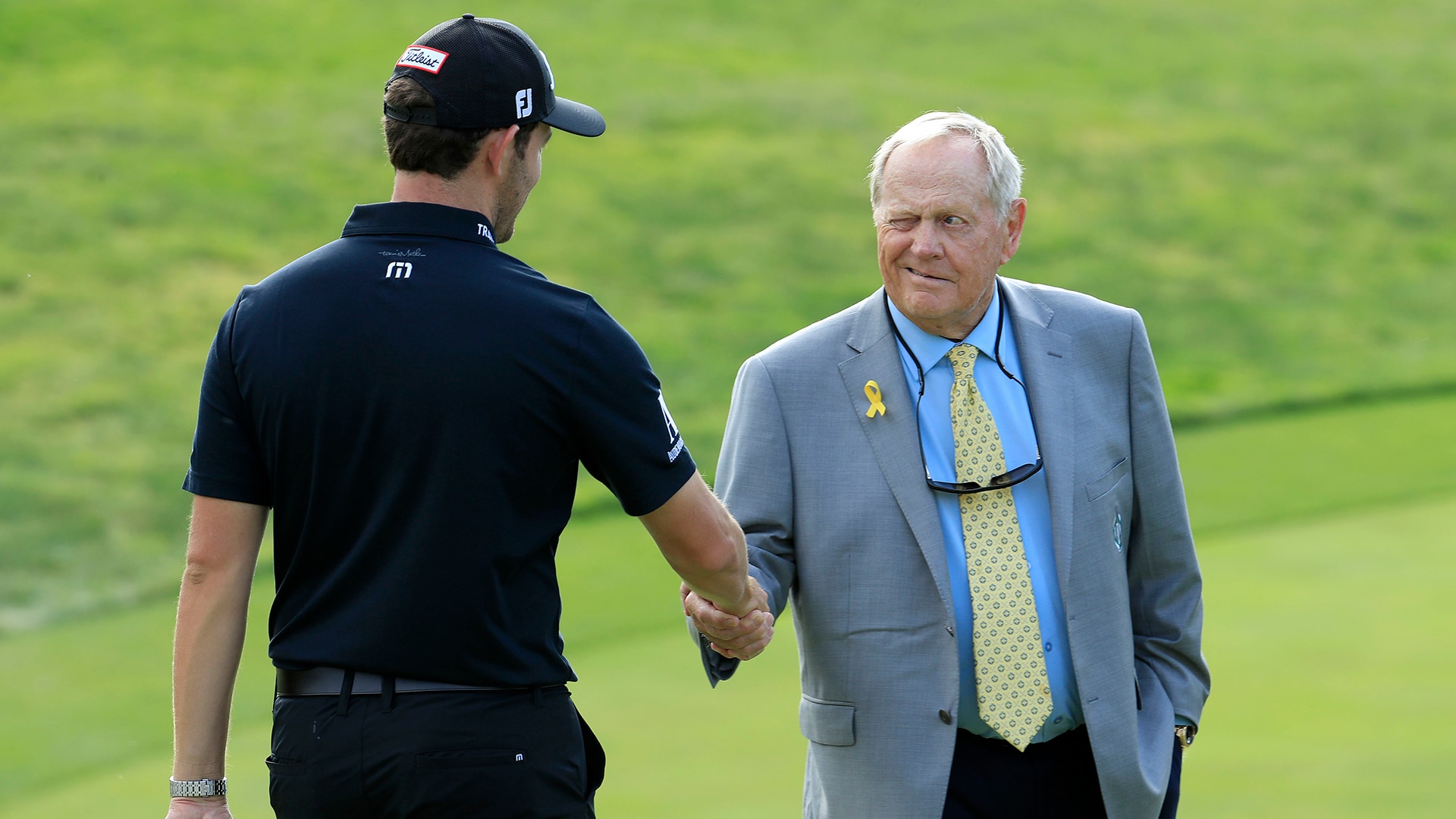 DUBLIN, Ohio – The last time Patrick Cantlay sat in the spacious interview room at Muirfield Village alongside tournament host Jack Nicklaus he was receiving one of college golf’s highest awards.

“It means a lot,” a fresh-faced Cantlay said during the ceremony to accept the 2011 Division I Jack Nicklaus Award. “It’s everything you ever dreamed of doing your first year in college.”

It would have been impossible for the 19-year-old phenom from UCLA to imagine the next time he’d sidle up next to the Golden Bear in that press center it would be as the Memorial champion.

But then Cantlay’s short career has been a convergence of wildly unpredictable circumstances.

Cantlay couldn’t have imagined the hairline fracture in his L5 vertebrae he suffered in May 2013 that sidelined his professional dreams for more than three years. 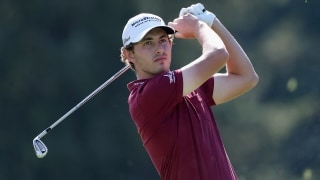 He would have no way to process how the death of his caddie and friend, Chris Roth, in a hit-and-run accident in 2016 would impact his life.

And Cantlay would certainly have no inkling that eight years later he would pull off one of the more impressive comebacks in Memorial Tournament history with a bogey-free 64 for a two-stroke victory over Adam Scott.

“I knew I had a little bit of a mountain to climb to start the day,” said Cantlay, who began the final round four strokes behind Martin Kaymer. “A couple of guys ahead of me, two and four shots ahead of me, and guys that have played really well and closed out golf tournaments. I knew I needed to come out firing and make a bunch of birdies, and I did.”

Now 27, Cantlay is something of an old soul. Three of his closest friends back home at Virginia Country Club in California are over 70, after all, and he’s never been one for false modesty or idle conversations.

They say true champions are often born from struggle and adversity and he’s certainly put in his share of time on both fronts. There was doubt when his career was threatened by his back injury and heartache when Roth was killed as the two strolled through Newport Beach, Calif.

“For a while, I couldn’t care less about everything. Not just golf. Everything that happened in my life for a couple months didn’t feel important. Nothing felt like it mattered,” Cantlay said in a 2017 interview with the Los Angeles Daily News.

But eventually his back and mind began to heal. He played his first full season on the PGA Tour in 2017 and had more top-25 finishes (eight) than missed cuts (two). Later that fall to start the 2017-18 season he won his first Tour event in a playoff bout against Alex Cejka and Whee Kim at the Shriners Hospitals for Children Open and this season he’d done everything but win before arriving in central Ohio.

In 13 starts he finished runner-up in Las Vegas and third at the RBC Heritage and last month’s PGA Championship. Throughout all of his near-misses the soft-spoken kid from southern California never lost his patience. After everything he’s been through a few bridesmaid performances weren’t going to get to him.

“I call it all the way in the pool, he’s in like the great athletes we study. From the minute he wakes up to the minute he goes to sleep he is committed to being the best he can be,” said Jamie Mulligan, Cantlay’s swing coach. “He’s very complete through his game.”

That complete game was on display on Sunday at the Memorial when he began the final round four strokes behind Kaymer, who appeared in complete control early in his round when he pulled four shots clear of the field with a birdie at the fifth hole. That was right about the time Cantlay began his run.

From there Cantlay, who is among the Tour leaders in final-round scoring average this year, only needed to cruise. For a player whose path to victory has been anything but easy, it was a fittingly stress-free walk up the final fairway to meet Nicklaus.

“Can you think of a better thing then to walk up 18 and see Jack waiting for you?” Mulligan asked. “To have Jack say you are 100 percent complete, that means a lot. Hearing Jack tell him to just have fun is special.”

As Cantlay settled in next to Nicklaus for his post-round appointment with the media he glanced around the room. In the 11 years since he was in the same spot so much had changed – his body, his game and without question his mind.

The 19-year-old Cantlay could have never envisioned all of this.