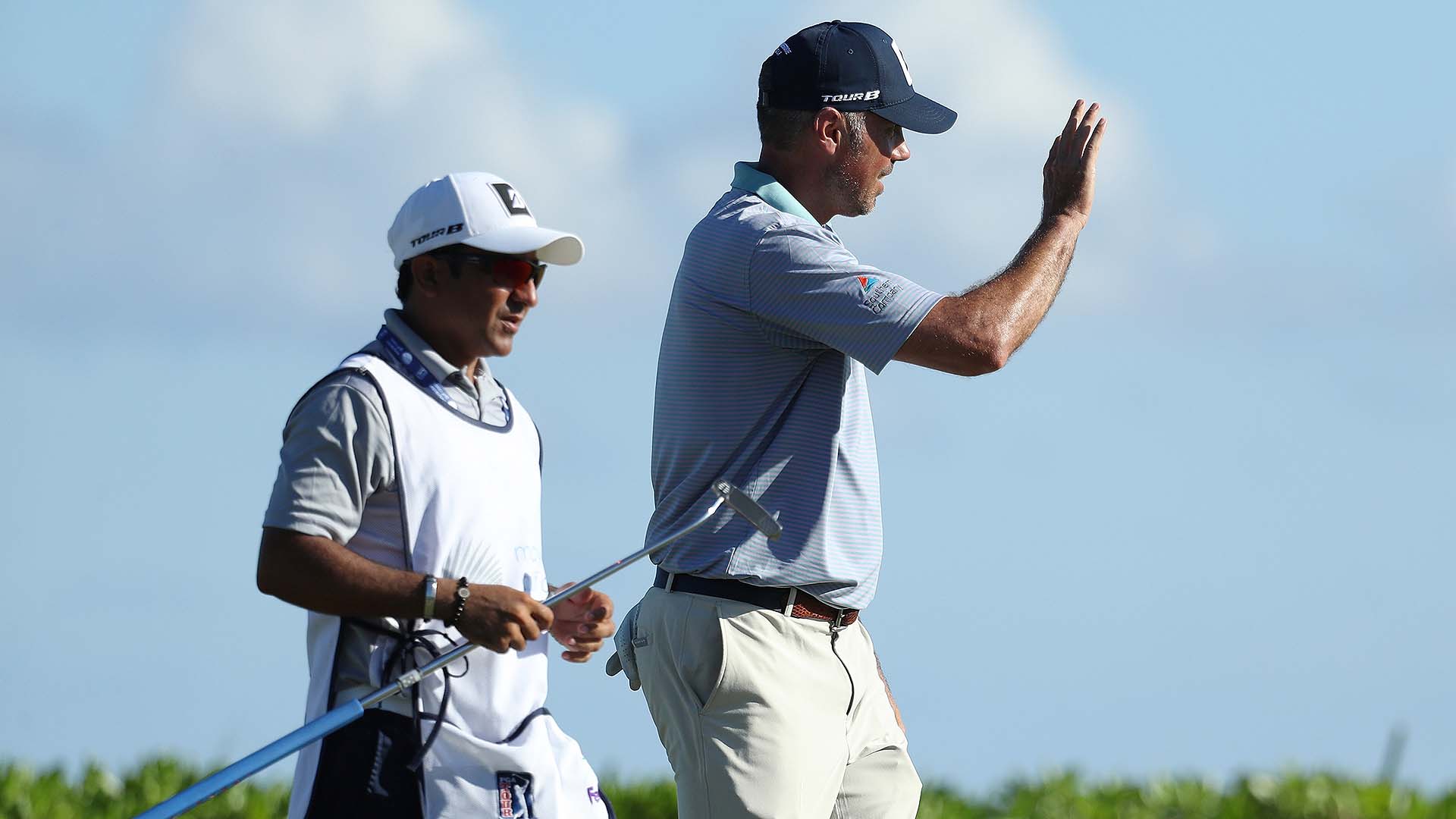 This should’ve been a public relations win for Matt Kuchar.

Here comes the defending champ, returning to the place where he ended a four-year victory drought. Back to the course where the local caddie walked with him every step of the way, adding a heartwarming twist to a feel-good story.

Perhaps Kuchar could have visited with David Ortiz, better known in the Mayakoba Resort caddie ranks as “El Tucan.” He could have posed for pictures with Ortiz and his family, or seen what had become of the fill-in phenom in the year since they teamed so well together.

Instead, Kuchar spent Tuesday at the Mayakoba Golf Classic weaving an apologetic tone through his pre-tournament comments in front of Mexican and U.S. media members.

“I know what happened post-tournament with David is not something I’m proud of,” Kuchar told reporters. “Made some headlines that certainly I’m definitely not proud of, but I’ve done my best to make amends, to make things right with David, to do things right by the community.”

The post-victory aftermath to which Kuchar refers has everything to do with dollars and cents. Kuchar has been on the PGA Tour for the better part of two decades and has racked up more than $50 million in career earnings, the eighth-most in Tour history. His victory last year at Mayakoba was worth $1.296 million.

So as Ortiz stood alongside Kuchar for celebratory photos on the 18th green, and as he received an autographed flag from the player whom he met for the first time during their practice round together six days prior, he started to do the math. Typical Tour caddies can expect 10 percent of a winner’s check as compensation, while stand-in loopers still usually receive somewhere between 5 and 7 percent.

It meant that Ortiz was looking at a payday of anywhere from $65,000 to $130,000, a range that would qualify as substantial to potentially life-changing for a man of modest means. Instead, Kuchar largely stuck to the agreement they had worked out at the beginning of the week and handed Ortiz an envelope with $5,000 inside. 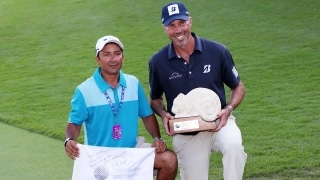 The story remained quiet for two months, until a social media firestorm erupted as Kuchar cruised to another win at the Sony Open in January. Word quickly got out about how much (or how little) his substitute caddie had received. Having curated a good-guy image through years of toothy grins and wholesome language, Kuchar found himself on the receiving end of some jeers from fans at multiple Tour events.

The optics were damning. Ortiz, who speaks broken English, had sent emails through a third party to Kuchar’s agent, Mark Steinberg, requesting a total of $50,000 compensation. Those efforts were rebuffed – that is, until Kuchar spoke up about the situation, turning any embers of controversy into a full-blown blaze.

“I certainly don’t lose sleep over this,” Kuchar told GolfChannel.com in February. “This is something that I’m quite happy with, and I was really happy for him to have a great week and make a good sum of money. Making $5,000 is a great week.”

But days later, as the criticism reached a fever pitch, Kuchar relented. An additional amount of $45,000 was sent Ortiz’s way, plus an undisclosed donation to the tournament’s charitable causes, and the 41-year-old issued an apology.

“I made comments that were out of touch and insensitive, making a bad situation worse,” Kuchar said. “They made it seem like I was marginalizing David Ortiz and his financial situation, which was not my intention.”

The drama died down, but it didn’t fully relent. Kuchar was still the subject of catcalls from fans at the U.S. Open, and both Phil Mickelson and Rory McIlroy later took jabs at Kuchar’s frugal disposition.

The controversy marred what was an otherwise resurgent season. Kuchar added two runner-up finishes to his victories in Mexico and Hawaii, got back to the Tour Championship and made the Presidents Cup squad after serving as a Ryder Cup vice captain a year ago in Paris. But all of that got only a fraction of the attention his tipping habits received.

So it is that Kuchar returned to Playa del Carmen this week, still speaking about making amends to both an individual and a community that felt slighted for months. It was an entirely avoidable controversy, one that threatened to torpedo the reputation of one of the Tour’s most genial players.

“When you have moments you’re not proud of, you make amends for them, you do your best to make it right and try to keep moving forward and staying positive,” Kuchar said Tuesday. “I think I equate it to team sports, you know. You learn a lot in losses, you learn a lot in hard times. Certainly it’s given me an opportunity for growth, for self-betterment.”

In an alternate universe, one in which Kuchar’s initial offer was not $5,000 but tenfold or more, perhaps he and Ortiz could have staged an on-course reunion or joined once again as player and caddie for a few holes during the pro-am. Smiles on all parties would have stretched to the nearby ocean waters.

Instead Kuchar has his normal looper, John Wood, on the bag this week and likely wants nothing more than to put this situation behind him. For his part, Ortiz took the high road recently, telling the New York Post that he harbors “no anger” toward Kuchar in light of their months-long dispute.

“Kuchar is a good person,” Ortiz said. “I’m not angry. Everything is good. Not paying was not good. But I have no anger.”

It should have been the fairytale of the Tour season: local caddie helps affable veteran get back into the winner’s circle. That the rancorous aftermath gained far more traction than the story itself is equal parts unfortunate and regrettable.