McIlroy burns Kuchar: 'We all know what money means to him' 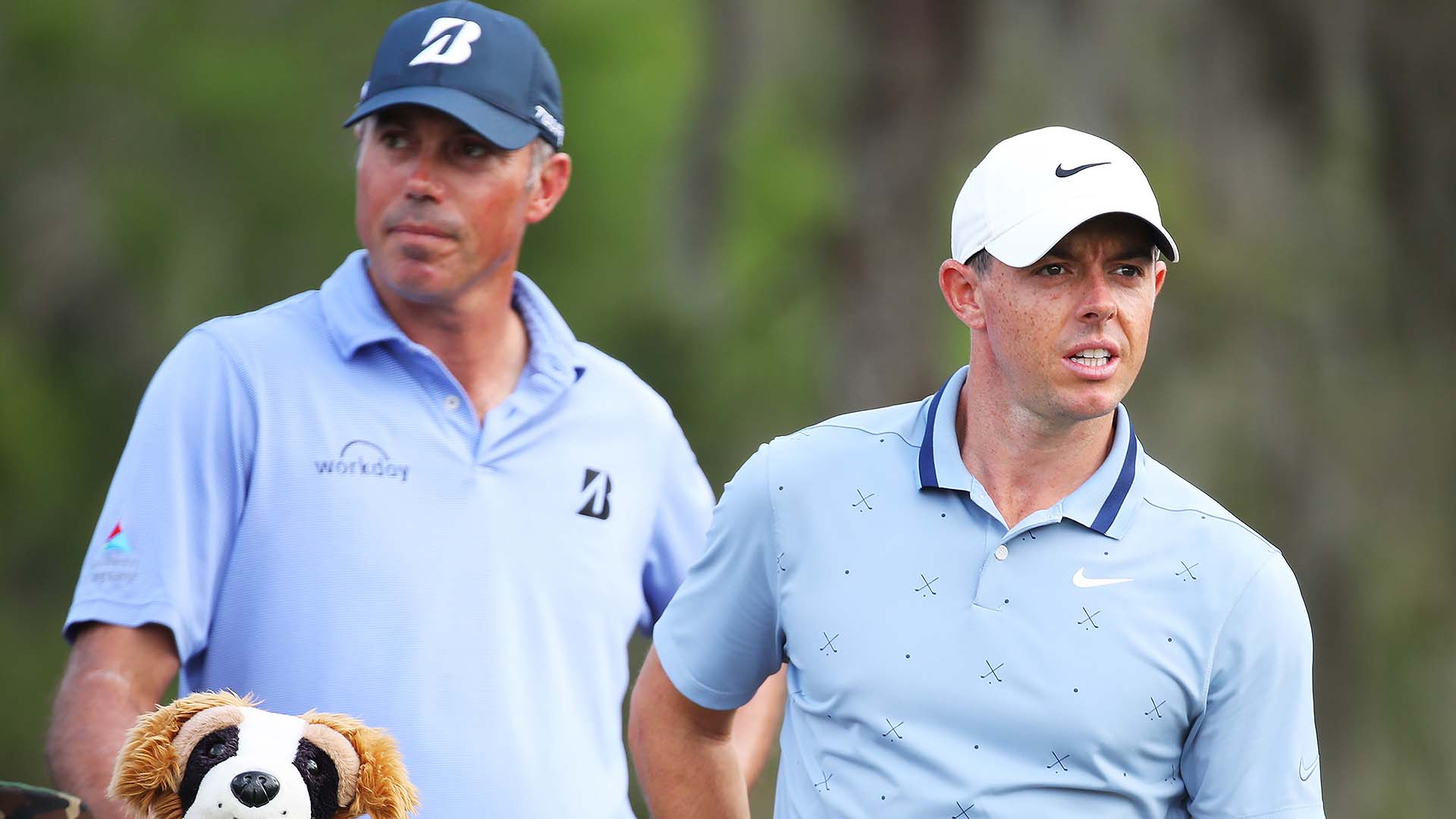 Matt Kuchar has been the butt of several jokes since the public relations nightmare caused by his caddie-payout controversy at the Mayakoba Classic earlier this season ... including at the hands of his fellow players.

And while Kuchar has since apologized and made things right with the caddie in question, the jokes just keep on coming.

The latest burn came via Rory McIlroy on Tuesday during the Wyndham Rewards ceremony, where an extra $10 million in bonus money was handed out to players.

While Kuchar was explaining that McIlroy had cost him $300,000 by finishing just two points ahead of him in the season-long race, the four-time major champ quickly interjected, "And we all know what money means to him."

To his credit, Kuchar took the high road, bursting into laughter along with the rest of the room.

Sometimes all you can do is tip your cap when you get Boom! Roasted!