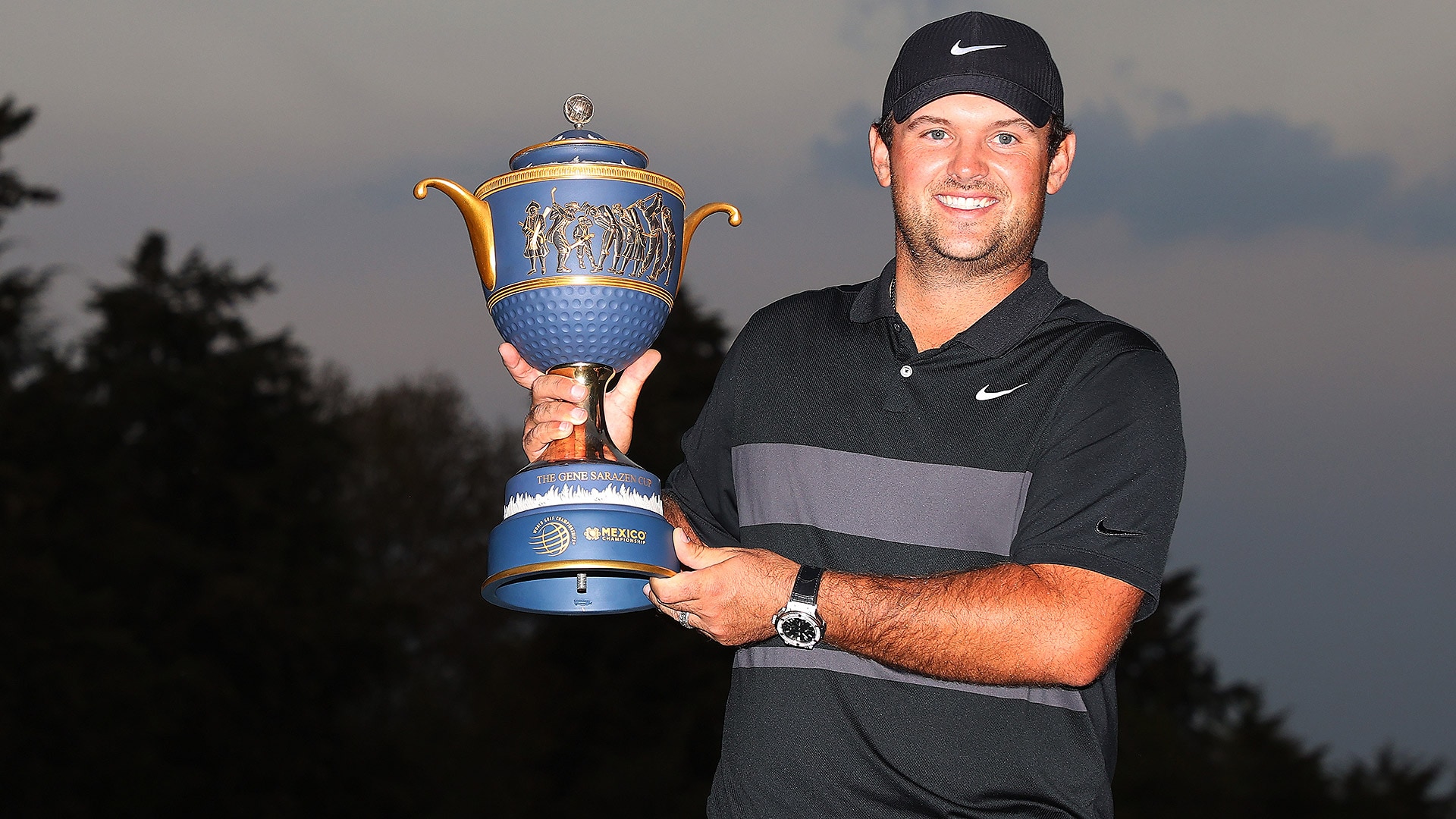 Getty Images
Patrick Reed of the United States celebrates with the Gene Sarazen Cup after winning in the final round of the World Golf Championships Mexico Championship at Club de Golf Chapultepec on February 23, 2020 in Mexico City, Mexico. (Photo by Rob Carr/Getty Images)  -

It was a wild finish in Mexico City, where several players held at least a share of the lead at Chapultepec Golf Club. But in the end it was Patrick Reed who surged to victory at the WGC-Mexico Championship, overtaking Bryson DeChambeau to win his second career WGC title:

What it means: An elite field started the day chasing Justin Thomas, but heading into the closing stretch it seemed like DeChambeau was the man to beat after he birdied eight of his first 14 holes to build a two-shot lead. As the scientist slowed, though, Reed picked up the pace with three straight birdies on Nos. 15-17 to flip the script. It's Reed's eighth career Tour title and the second time that he's won this event, having also lifted the trophy in 2014 when it was played at Doral. After starting the week dealing with lingering fallout and comments surrounding his rules infraction in December, Reed will leave Mexico with a win that positions him favorably to represent the U.S. at both the Olympics and Ryder Cup later this year.

Round of the day: Reed started the day one shot off the lead, and he appeared stuck in neutral after making par on 10 of his first 11 holes. But a birdie on No. 12 got him moving in the right direction, as the former Masters champ turned in a 4-under 67 that was bogey-free until the final hole, when he knew that he only needed to make bogey to win.

Best of the rest: DeChambeau's 65 was equal parts impressive and bittersweet. He appeared in full control of things after rolling in a 15-foot birdie on No. 14 to take a two-shot lead, but that proved to be his final birdie on the day. He couldn't take advantage of the reachable 15th, had to scramble to save par on No. 16 and three-putted from long distance on No. 17 for what proved to be a costly bogey.

Biggest disappointment: Thomas had a strong record when trying to close out a 54-hole lead, and he already has two wins to his credit this season. But Sunday wasn't his day, as the former world No. 1 bogeyed three of his first eight holes and dropped from contention with a double bogey on No. 10. He ultimately signed for a 2-over 73 and tied for sixth on a day when everyone else who finished inside the top 28 shot even par or better.

Shot of the day: Reed was nursing a one-shot lead over DeChambeau when he surveyed a 17-foot birdie putt on the penultimate hole. The putt found the bottom of the hole, eliciting a fist pump and equipping Reed with just the margin for error he needed on the final hole.

Quote of the day: "The last hole was ugly, but it was what I needed just to get the job done. At the end of the day, just putting yourself in these positions on Sunday is unbelievable. It's a great feeling." - Reed