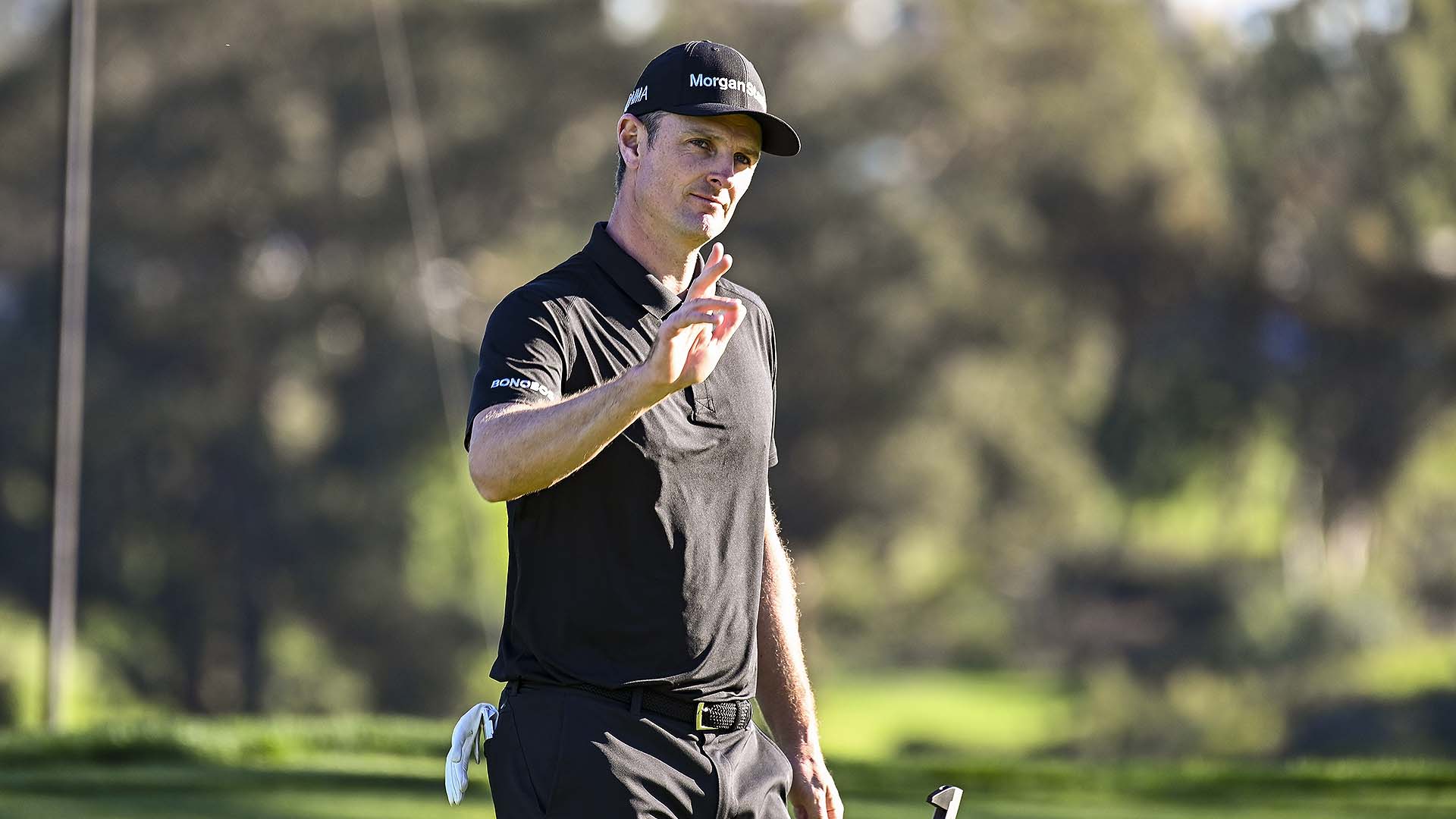 SAN DIEGO – Justin Rose was sauntering across the front nine of the North Course during Wednesday’s pro-am, nibbling on a sample cup of seafood paella procured from a nearby vendor, when he paused and took stock of the sprawling task at hand this week at the Farmers Insurance Open.

“This is proper golf,” Rose said in between bites. “You can’t fake it around here.”

If matching player and venue in a sort of fantasy draft, Rose and Torrey Pines seem inextricably drawn to one another. A U.S. Open champ as skilled as anyone around with an iron in hand, Rose views the brutish South Course as one that accentuates his well-rounded skill set. Even the easier North, toughened slightly during a 2016 redesign, now has a bit more teeth than it once flashed.

It's not surprising, then, that the Englishman has used this event as a launching pad each of the last two years: a T-4 finish in 2017, followed by a T-8 result last year. It’s equally unsurprising that Rose, having rightfully ascended to the world No. 1 ranking through months of consistent play, has drifted to the top of the leaderboard heading into the weekend in San Diego.

After opening with a 9-under 63 on the North, Rose kept his foot on the pedal Friday en route to a 6-under 66 that put distance between himself and the field. The lead is three for a man who has made only one bogey thus far, and Hideki Matsuyama is the only player who will start the third round closer than five shots of the lead.

“I think this golf course is more in my wheelhouse,” Rose said. “It’s more of a premium on ball-striking, I think, which sort of does fit my profile. And statistically, driving, iron play over the years, those have been strong elements of my game.”

Rose was unspectacular in his 2019 debut at last week’s Desert Classic, shaking off some of the rust that admittedly came with taking almost an entire month off. During that time he overhauled his equipment, ditching longtime sponsor TaylorMade for a bag full of Honma irons and woods. The learning curve on the new tools has been negligible, although this week that’s partly due to the fact that a man who thrives on tough conditions has just the arena to highlight his biggest strengths.

“He’s absolutely flagging it and swinging it really well,” said Billy Horschel, who played the first two rounds alongside Rose and sits among a tie for third at 10 under. “Obviously it’s not uncalled for for him, but he’s taken it to a different level with his ball-striking. I guess the only thing that could have ever been missing is putting. He worked it out and he’s rolling it unbelievably well, and that’s why he’s the No. 1 player in the world.”

Under sunny skies and with nary a hint of breeze, Rose was surgical in his dissection of the course that will host a U.S. Open in two years’ time. He made seven birdies over his final 15 holes, missed only two greens in regulation and barely sweated across the back nine as a three-way tie turned into a three-shot lead.

Overnight leader Jon Rahm shot an even-par 72 in the group in front of Rose, and after emerging from the scoring area he did a double take when informed of Rose’s score on a course that had elicited an emotional outburst or two from him down the stretch.

Yes, the scoreboards were accurate and now Rahm is among a group of contenders tasked with chasing down the No. 1 player in the world on a course where he seems more comfortable than anyone not named Tiger Woods. It’s far from an enviable task, although Rose is keenly aware that the South tends to toughen up as the weekend progresses. More often than not, the score that leads after two rounds is a good estimate for what it will take to lift the trophy after four.

But after tying the tournament’s 36-hole scoring record and with more placid conditions in the forecast, Rose has no plans to adopt a more conservative game plan.

“If you can go out and make four, five birdies a day, you’re going to maybe drop the odd shot around here. It doesn’t take much to do that,” Rose said. “So if you can stay positive and make your birdies, then it becomes harder to catch someone. I think you’ve got to pick your moments out there.”

Rose has had plenty of moments to choose from over the first two rounds, carefully blending timely saves, accurate approaches and plenty of made putts. It’s the type of “proper golf” he enjoys playing the most, and in Torrey Pines he’s found just the playground to showcase his talents.

It means that for the rest of the contenders, the weekend chase now amounts to a combination of stellar play and a bit of prayer.

“Well, you’ve got to play good,” Rahm said. “And you’ve just got to assume that Justin’s not going to play four days like this.”