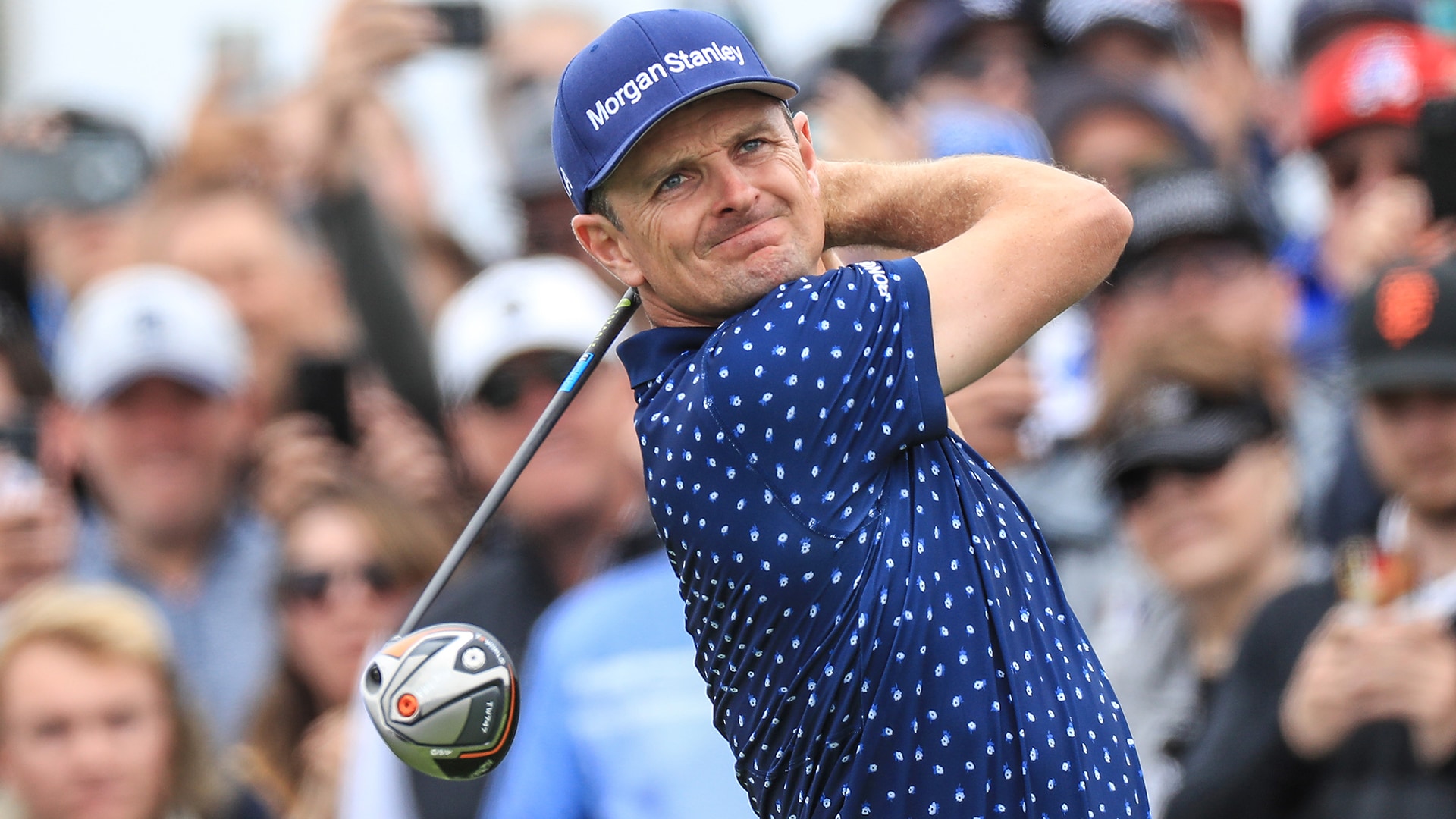 PEBBLE BEACH, Calif. – A U.S. Open is normally no place for a perfectionist.

The exacting toll of playing a major championship on the year’s most difficult golf course against the best players is, by definition, an exercise in diminishing returns. Errors are part and parcel of an imperfect process and it’s not about how many mistakes you avoid, it’s how you mitigate the damage.

It’s a particular test that a player like Justin Rose wouldn’t appear suited for, at least on paper. The Englishman is a pathological perfectionist. Range sessions with swing coach Sean Foley are legendary and even the slightest flaw is often magnified to distraction. It’s a formula that’s worked for Rose who has 10 PGA Tour victories, an Olympic gold medal and a major. And not just any major, either.

That 2013 victory at the Merion U.S. Open was the kind of triumph that will be retold by future generations. His 4-iron approach into the last green was immediately compared to Ben Hogan’s famous 1-iron from a similar spot. It was a grinding par, some would say an imperfect par. That’s not exactly Rose’s calling card, but at a national championship, sometimes you have to get dirty.

It was similar for Rose on Friday at Pebble Beach. A day after matching the lowest U.S. Open round (65) on the seaside links with birdies at his last three holes, he plodded his way to 1-under 70 that was just as impressive given the increasingly difficult conditions.

It was a “scrambling” start for Rose with two birdies through his first nine holes and twice as many par saves, and his 1-over closing nine was every bit as impressive.

“I was a couple under going to (No.) 8 and felt like there was more birdies out there. But the back nine proved to be a bit more of a struggle. But a good day,” Rose said.

By U.S. Open standards it was a great day.

Rose, who began his round on No. 10, salvaged par with a 5-footer at the eighth and a deft lag putt from off the green at the ninth. It was the kind of round that doesn’t look like much on the scoreboard but will prove to be crucial if the 38-year-old manages to lift his second U.S. Open title on Sunday.

For a player like Rose, who demands so much of himself, par is a treasured currency at a U.S. Open.

“You know you're going to need to make those sort of key, 5-, 6-, 7-, 8-foot putts for par,” said Rose, who led by two when he completed his second round. “They're kind of 50/50 putts. So, when you make them you are keeping up the momentum and then you miss one you really feel like you've lost something. Even though they're 50/50 putts, the psychological gain from making them is like a whole shot.”

And it wasn’t just the par saves that kept Rose moving in the desired direction. Even his bogeys had an air of purpose to them. When he missed the fairway left at the first hole and drew an awful lie he chipped down the fairway, hit a wedge to 7 feet and two-putted for his first dropped shot of the day.

Although Rose is known for his ball-striking, on Friday it was his short game that proved to be the needed spark to remain in the hunt.

He was 6-for-8 in scrambling in his second round and is 7-for-8 for the week in sand saves. It was the kind of performance that even impressed Jordan Spieth, the game’s undisputed short-game magician who was paired with Rose for the first two rounds.

“He's chipping and putting beautifully, and not hitting it probably as well as he'd like to, and he's still leading the U.S. Open,” Spieth said. “That's scary for Justin Rose. I've made more birdies than him, and he’s beating me by six. It just shows you how important it is to really do that solid on and around the greens here.”

For Rose it was a typical type “A” response to his start. For two days he’s outplayed the world’s best players but he knows he’ll need an “extra gear” if he’s going to maintain his advantage.

Just as Rose completed his round the marine layer began to break for the first time in three days and the breeze, which has been benign, began to freshen. Pebble Beach isn’t going to get any easier.

“If the greens get firmer and the wind is a little bit in and off to the right and the perfect shot is the hold 5-iron, but you know it's a premium shot because if it comes off fiery you're way through the lot,” Rose explained. “If you hold it up in the breeze and land it soft that's the premium golf shot. And sometimes to win tournaments you need to find that level of your game.”

For Rose, his quest for perfection is a response to the imperfect U.S. Open universe, not in spite of it. Things are bound to get sideways, it’s simply how this championship works, but to win on the game’s biggest stage you can never stop searching for perfection.