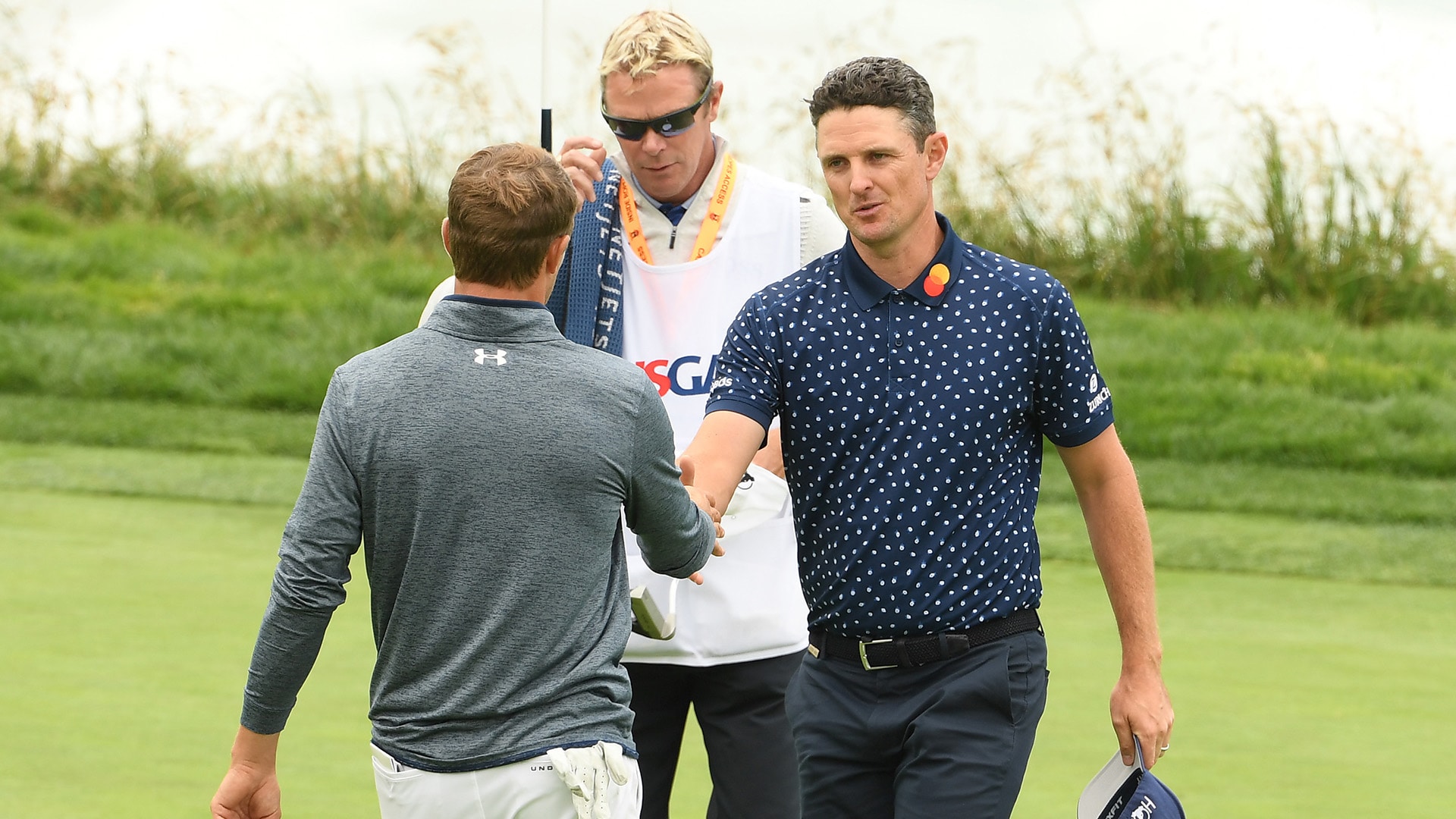 After watching Rose save par from all over Pebble Beach over the first two rounds here, Spieth offered high praise for his playing partner: “That’s the best I’ve seen somebody get up and down around the golf course for two rounds, maybe ever.”

Rose’s performance through two rounds of this U.S. Open wasn't historic, but it was impressive. Through two rounds he’s ranked first in strokes gained: around the green (4.19) and second in putting (6.34). Rose is leading at 7-under 135 despite hitting just over half of his greens (19 of 36).

“He’s chipping and putting beautifully,” Spieth said, “and not hitting it probably as well as he’d like to, and he’s still leading the U.S. Open. So that’s scary for Justin Rose.”

Rose, the 2013 U.S. Open champion, said that the key to his hot start was converting putts in the 5- to 8-foot range.

“They are makable. You feel like you should make them. But they’re kind of 50-50 putts,” said Rose of Pebble's small, sloping, fast greens. “So when you make them you are keeping up the momentum, and then when you miss one you really feel like you’ve lost something. Even though they’re 50-50 putts, the psychological gain from making them is a whole shot.”