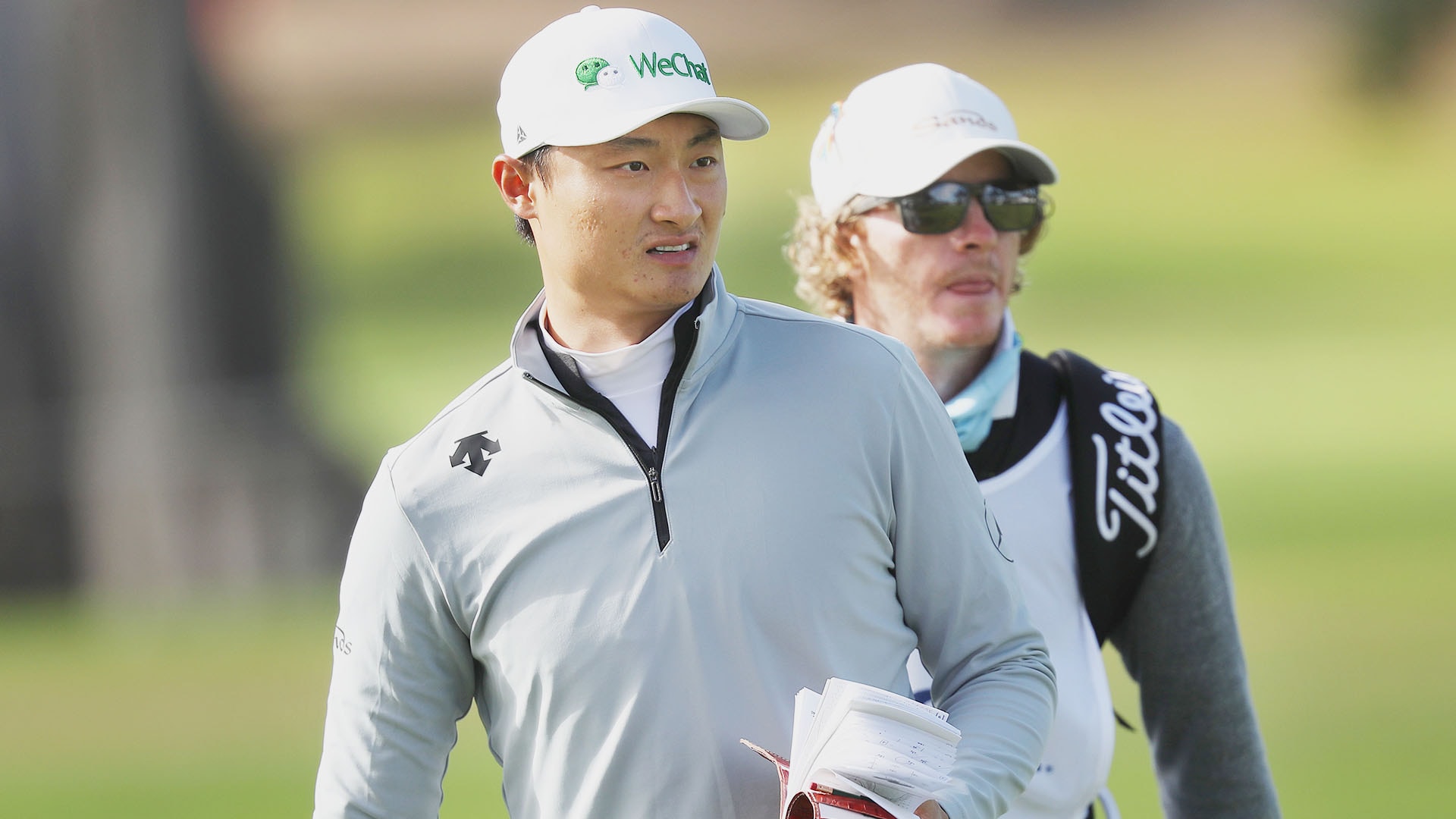 After finishing his second-round 65 at 12:08 p.m. local time, Li disappeared for a few hours, apparently to grab something to eat and take a nap. Then, in the afternoon, he reappeared – first on the practice putting green, where he went through a full session, then on the range as he worked through his bag with his launch monitor handy.

Li is leading at 8-under 132, and yet he was working on his game as though he’s well off the pace and needing to make a weekend change.


Perhaps we should have seen this coming.

Down to 114th in the world, Li took off several months because of the coronavirus pandemic and in his past two starts has played poorly: a missed cut at the Memorial, then a T-75 out of 78 players at the WGC-FedEx St. Jude Invitational. Asked about his confidence level entering the week, he said, “I didn’t even think I could play like this this week,” he said. “(I’ve) got no confidence.” So, sure, in some ways, Li’s extended practice made sense. He has hit only half of his fairways through two rounds, and with the juicy rough at TPC Harding Park he likely knows he’ll need to be in play more often in order to maintain his position. It's also possible that he was hitting shots at this time of afternoon to see how far the ball travels. And besides, in the middle of a pandemic, there also isn’t much for him to do back in his hotel room to take his mind off the tournament. In the final group Saturday, he likely won’t tee off until around 2 p.m. local time.

Soon we’ll find out whether practice makes perfect – or one fatigued leader.