PGA Tour honoring Kobe with flag, pin location on No. 16 Sunday at WMPO 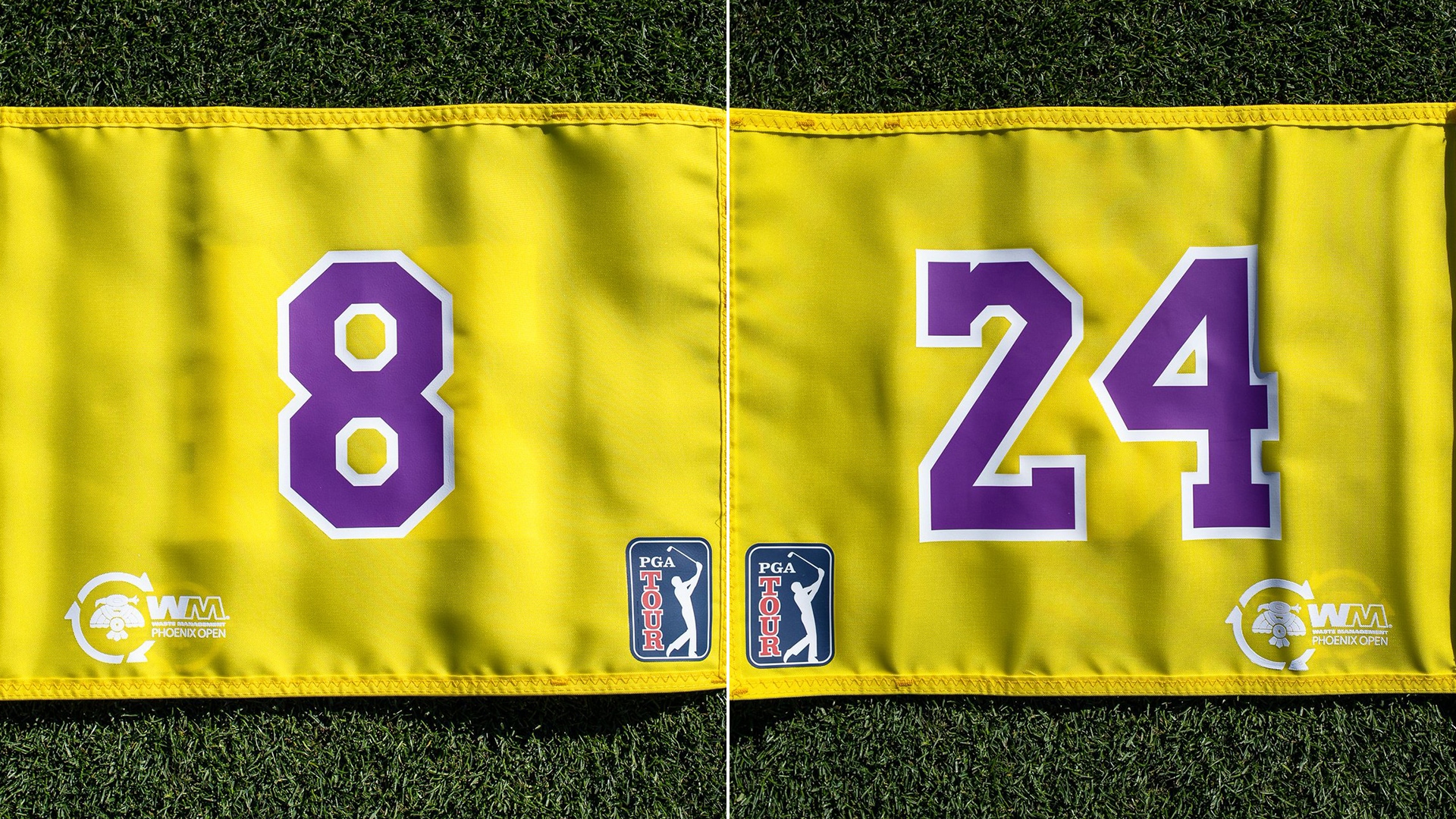 SCOTTSDALE, Ariz. – While players have been honoring the late Kobe Bryant with tributes throughout the week at the Waste Management Phoenix Open, the PGA Tour will do their part during Sunday’s final round.

The Tour announced that the pin position on the famed 16th hole will be 24 paces on and 8 paces from the left, an homage to the two uniform numbers that Bryant wore during his 20-year career with the Los Angeles Lakers. The flag will be embroidered with No. 8 on one side and No. 24 on the other, and a purple-and-gold stencil with both numbers will be painted into the grass in front of the par-3 green. 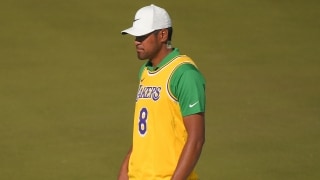 Tony Finau is looking for PGA Tour win No. 2 this week at the Waste Management Phoenix Open and might have to thank No. 8 for help if he were to find the winner's circle.

Tournament leader Tony Finau is one of several players who have worn one of Bryant’s jerseys while playing No. 16 during the tournament, while others have opted for custom shoes and putter covers honoring the 18-time NBA All-Star. Bryant and his daughter, Gianna, were among nine victims who died in a helicopter crash on Jan. 26 in California.

PGA Tour players are using their time in the stadium 16th at TPC Scottsdale to pay their respects to the five-time NBA champion.