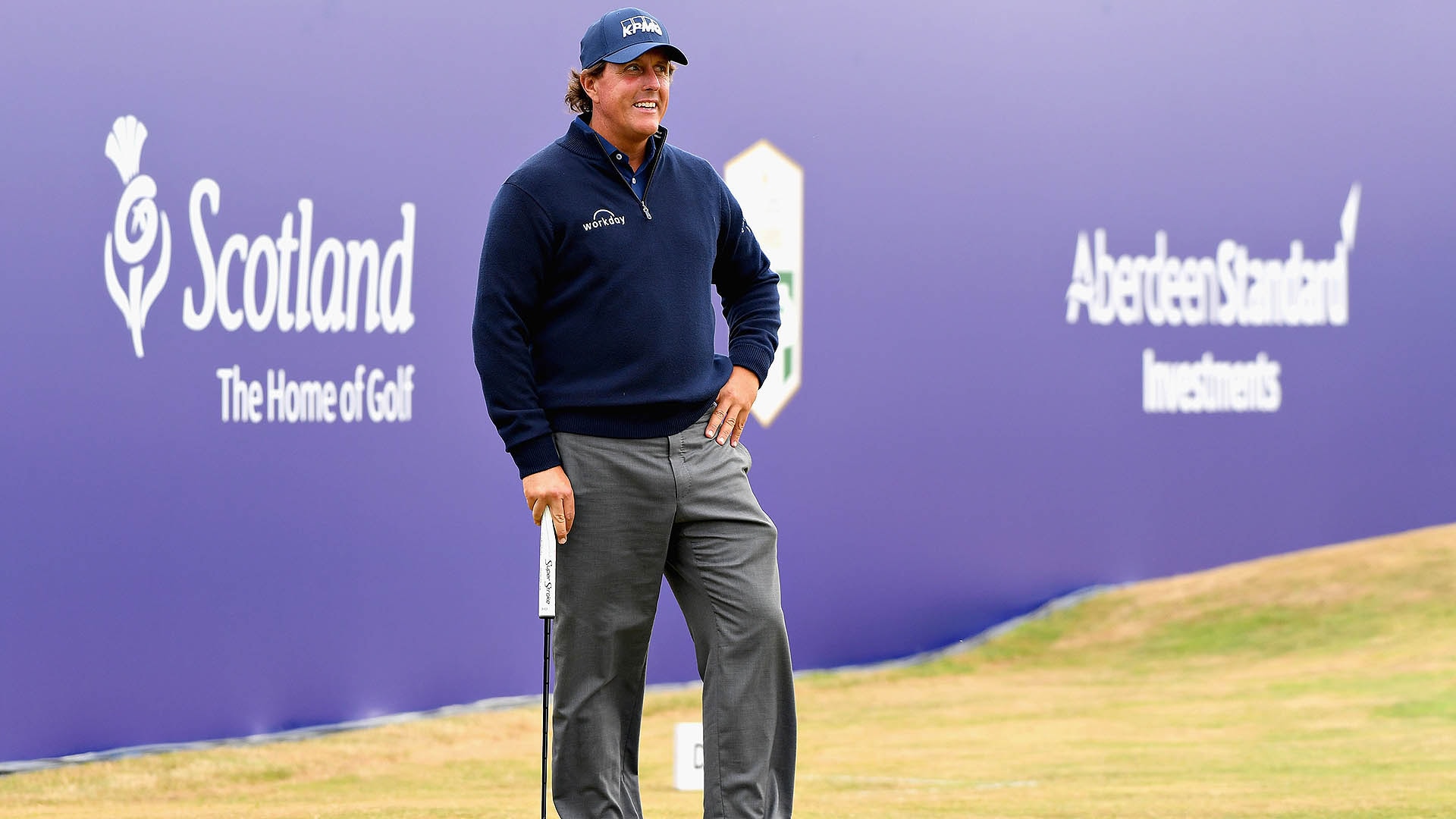 It's been a "rough month" for Phil Mickelson - even by his own admission.

Mickelson opened the Aberdeen Standard Investments Scottish Open with an even-par 70 at Gullane, and after the round spoke with reporters on a wide variety of subjects ranging from his rules controversy at last month's U.S. Open to his possible eight-figure money match with Tiger Woods.

Mickelson's deliberate strike of a moving ball on the 13th hole during the third round at Shinnecock Hills, along with his subsequent rationalization and apology, have hung like a cloud over the 48-year-old for several weeks. He was still answering questions about it last week at The Greenbrier, where he again ran afoul of the rules by tapping down some grass in front of a tee box and incurring a two-shot penalty during the final round.

Given time and space to contemplate where everything went wrong for him on Long Island, Mickelson told reporters that he has taken ownership of both his actions and the subsequent reaction from fans and media alike.

"Throughout my career, 25 years, there have been a lot of times where I have had to be accountable for decisions I did not make," Mickelson told reporters in Scotland. "And the reason why this has actually been easier, it was my own fault. Like this was my own fault. So the articles and the backlash is my own fault."

Mickelson spent the early part of the week getting in some advanced prep, playing Monday at Ryder Cup host site Le Golf National and Tuesday at Carnoustie, which next week will host The Open for the first time since 2007. He reportedly raved about both venues, even expressing a belief that a browned-out and firm Carnoustie will produce "one of the best Opens."

He also offered a hint that a $10 million match with Woods, the details of which were first reported last week by Golf.com, may be close to coming to fruition.

"Hopefully in the next week or two," Mickelson said. "I think we're close to having some stuff finalized."