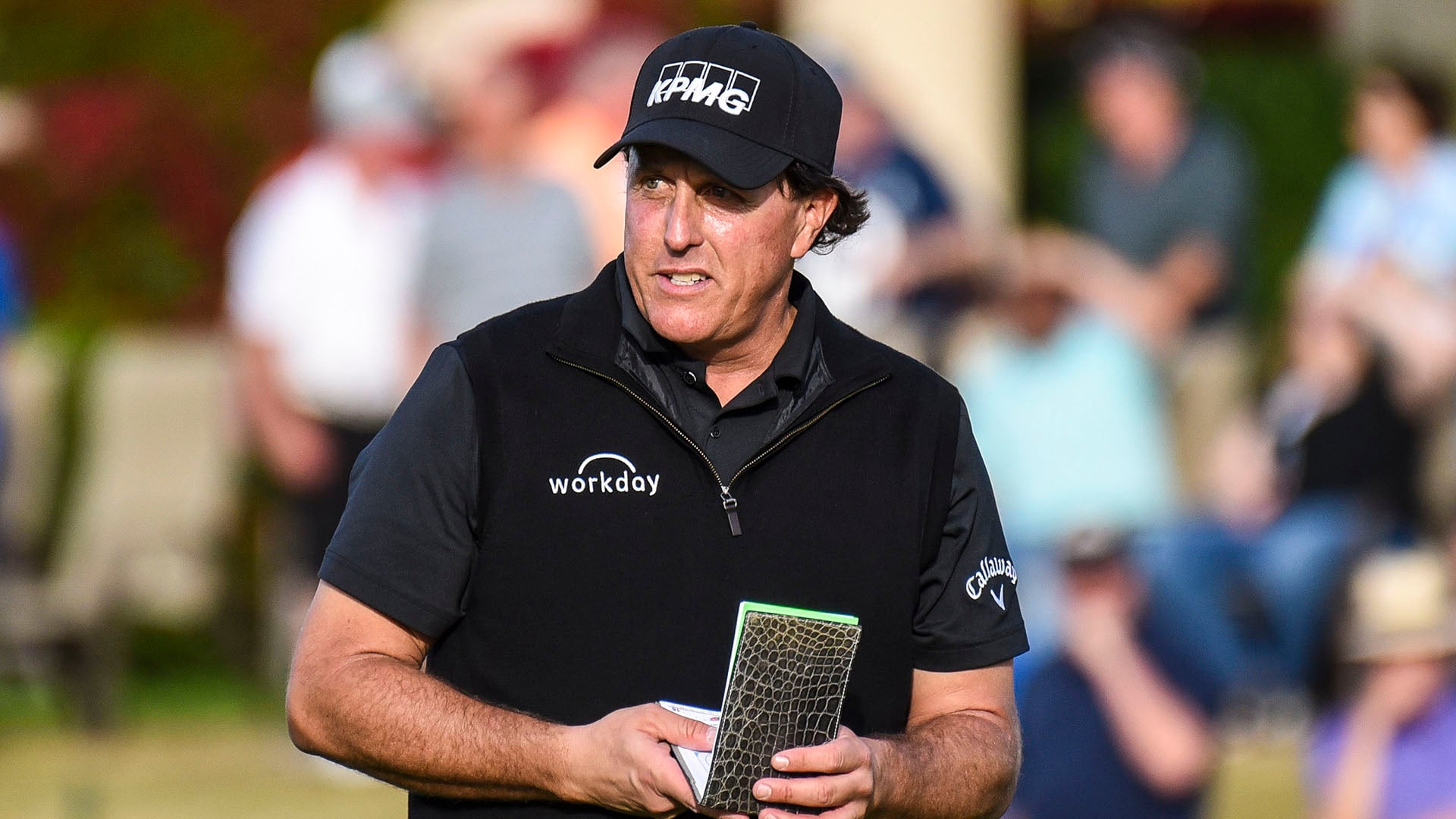 SCOTTSDALE, Ariz. – Golf fans, prepare to get rowdy. The biggest party in golf is back this week at TPC Scottsdale. Here are the featured groups to keep tabs on Thursday and Friday at the Waste Management Phoenix Open (all times Eastern):

Mickelson is competing in a record 30th Phoenix Open, and if he makes the cut and plays all four rounds, he will pass Gene Littler for most rounds played at the WMPO. Mickelson is currently sitting on 104 rounds played at this event. Fresh off a T-2 finish in his 2019 debut, at the Desert Classic, Mickelson, a three-time WMPO champ will play alongside a two-time winner at TPC Scottsdale in Matsuyama. Matsuyama is 61 under in his past five WMPO starts, tops during that span. Woodland is the defending champion after outlasting Chez Reavie in a playoff last year.

Rahm, the former Arizona State standout, enters this week riding a streak of five straight top 10s worldwide. In three career WMPO starts, Rahm hasn't finished worse than T-16. He will be joined by Schauffele, a two-time winner already this season and the FedExCup leader. Schauffele was T-17 in his WMPO debut last season. Watson rounds out the group. He has more rounds in the 60s (24) at TPC Scottsdale than any player in the past 10 years.

Fowler has twice finished runner-up at TPC Scottsdale, but is coming off a T-66 finish at Torrey Pines. Finau's WMPO record isn't great (three straight MCs), but he does have 20 top 10s since the beginning of the 2016-17 season, the most of any player without a win. Kuchar is teeing it up for the first time since winning the Sony Open, his second win of the season.

Simpson might feel a little weak playing with bombers Champ and Thomas. However, Simpson does own five top 15s in his past six WMPO starts. Thomas is making his first start since his T-16 in Honolulu and will tee it up at TPC Scottsdale for a fifth time. He has a pair of top 20s here, but also a pair of MCs. This is the WMPO debut for Champ, who has a win and three other top 11s this season.