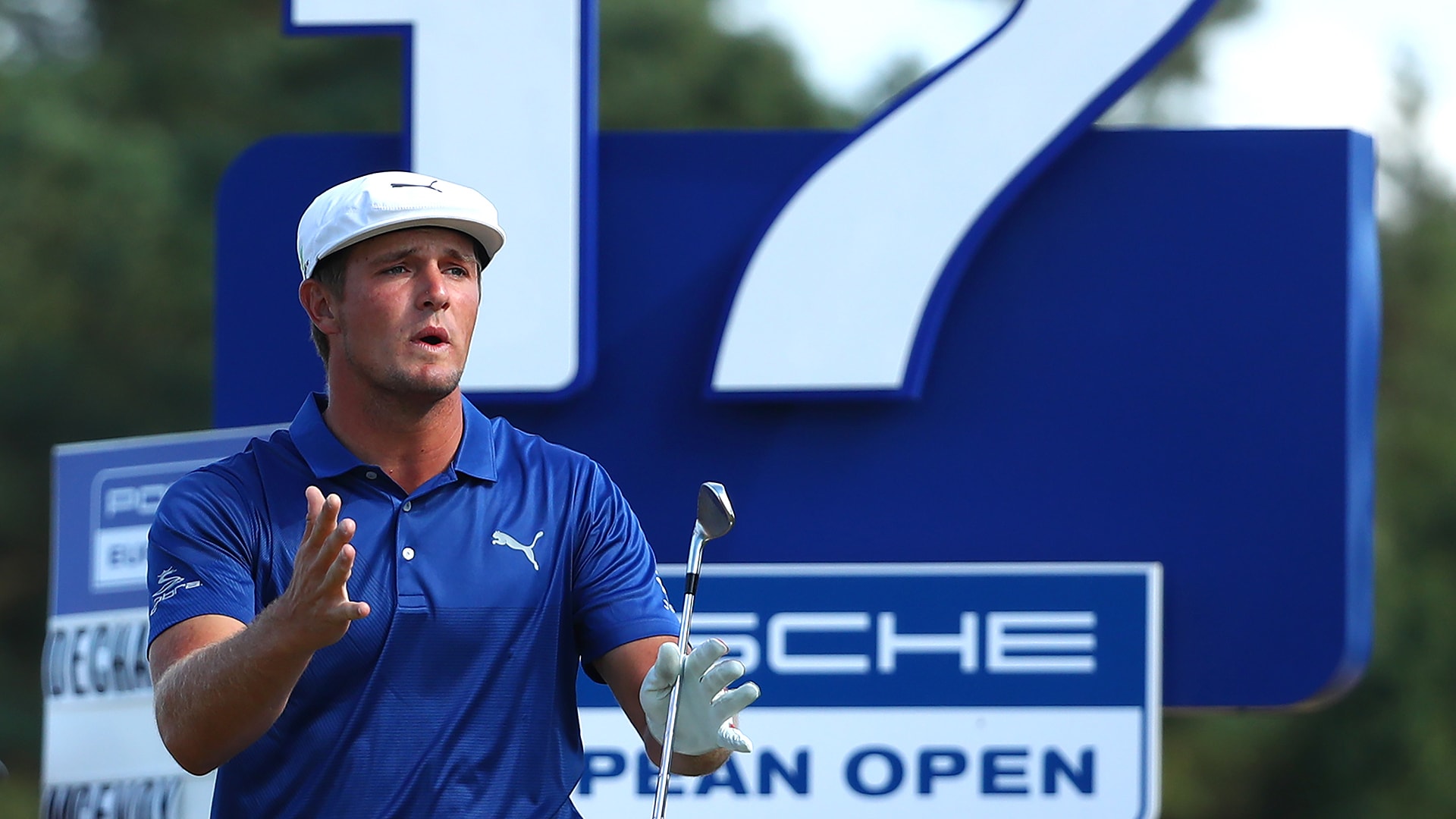 Or Jones vs. Hagen.

Or even Nicklaus vs. Palmer.

The greatest rivalry in golf is emotion vs. intellect.

It’s an ongoing battle waged around the world, from scruffy munis in men’s and women’s recreational leagues to the space between the ears of the greatest players who ever teed it up.

When we see the worst of emotion trump intellect, we tend to remember it a long time.

Or should we say, the lowlight reels.

Too many of us have been there, whether losing our cool after bad shots in a bad round, or in real life, after one too many perceived slights at a party.

DeChambeau’s meltdown on the driving range at Carnoustie during The Open was epic. If you haven’t already seen the video, check it out here. It was a rousing reminder that even the world’s best players can feel as if the’re losing their minds trying to fix their swings. DeChambeau looked as if he were going to be fitted for a strait jacket before getting his arms into a green jacket.

DeChambeau’s collapse at the end of the European Open in Germany Sunday was another reminder.

Not so much the frustration he showed spraying so many shots into water and other trouble over the final four holes, but the lapse in etiquette that followed.

DeChambeau’s failure to properly congratulate the winner, Richard McEvoy, caught a lot of people’s attention. His fleeting, insincere handshake when it was all over got him roasted on social media.

Even the European Tour’s Eddie Pepperell weighed in.

DeChambeau apologized in a post on Instagram. You suspect he cringed himself seeing emotion get the best of him, because what makes this more notable than most of the blowups we see is the fact that DeChambeau is one of the most cerebral players of this era.

The guy can make a golf swing sound like a physics equation.

DeChambeau is a great new character in the game, and, at 24, he’s still learning lessons on a big stage. That’s the thing. This guy sounds like he could earn a doctorate in the physics of a golf swing. He’s a refreshing addition to the game’s elite ranks.

Given DeChambeau’s ability to grasp grand ideas, I’d love to see him aim his great powers of observation at the heart’s role in golf, and one day hear him give a treatise on the role emotion plays in the development of the game’s greatest players. That’s a greater mystery than the swing itself.

If you try too hard to disconnect emotion, do you disconnect something vital to a certain kind of player’s success?

Rahm struggles with frustration, and recently said he realizes he isn’t wired to hold his temper. He has to let it out. He has to blow some steam off. He feels his game’s healthier that way.

While it may help Rahm move on, it’s harder for the rest of us.

We cringe seeing it, we cringe afterward when we’re guilty doing it ourselves.

DeChambeau’s a fascinating player, Rahm, too. They would be a great Sunday singles match at the Ryder Cup someday, maybe this September.

They’re players whose games you respect, whose passions you admire, but you hate seeing their blowups. The gentleman’s game won’t be so gentlemanly if lowlights trump highlights among the game’s best young players. DeChambeau will figure that out, and hopefully Rahm, too.