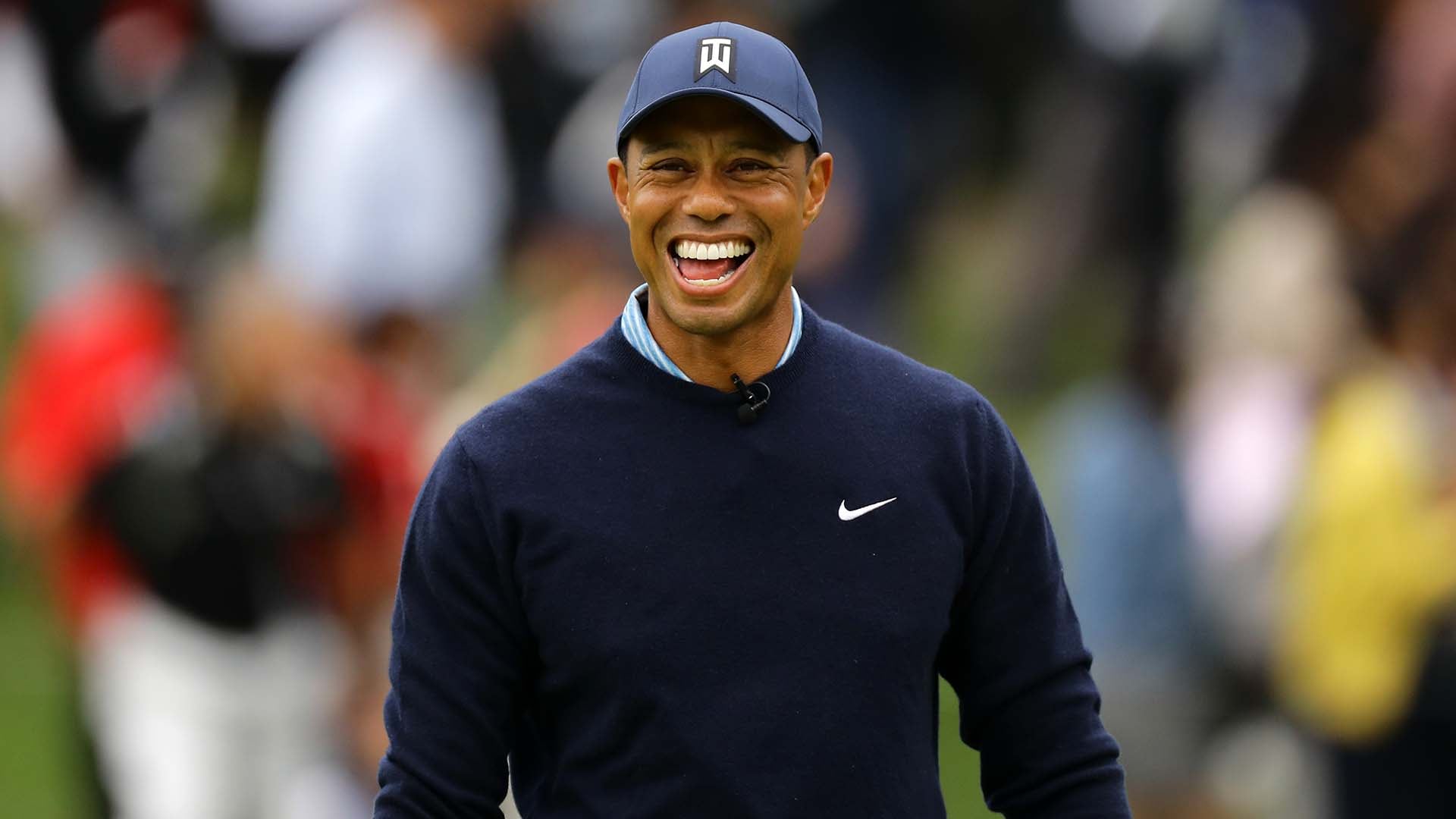 How much is Tiger Woods’ smile worth to the game?

The possibilities he sets up for next year after seeing his smile fully intact during the “MGM Resorts The Challenge: Japan Skins” made staying up late Sunday in the United States worth the effort for Tiger fans.

As much excitement as Woods put back into his game with his victory at the Masters last spring, there was frustration seeing him unable to follow up in a limited, ultimately handicapped aftermath. News that he required another knee surgery in August made sense. Though it was an arthroscopic procedure to repair minor cartilage damage, a fifth surgery to a soon-to-be 44-year-old’s left knee still causes alarm, because of what it potentially forebodes.

If you’re all-in on seeing an attempt to rewrite golf’s history books, you are holding your breath watching Woods return from this last surgery.

Now that Woods appears in play for at least two more starts this year, we should have a better feel by year’s end whether a record-tying 82nd PGA Tour victory and a 16th major championship victory are realistic possibilities in 2020.

As much star power as Brooks Koepka, McIlroy and Justin Thomas offer as headliners next year, they don’t combine to offer what a healthy Woods offers.

About the Japan Skins Game, it pales in comparison to real PGA Tour drama, but it was never meant to compete with that. It’s a silly-season echo that Woods continues to inject with possibilities, regardless of the prize money offered. Really, the drama those giant Skins Game purses offered in the original model can’t be resurrected. The big FedExCup money offered today makes it difficult to replicate the kind of pressure players once felt over lucrative putts in the original Skins Games.

Yeah, sure, the real future of the Skins Game is still all about big money, because it will be all about gambling and how to bring “the action” to fans in the form of interactive prop betting, but Monday’s exhibition showed there is still room for made-for-TV exhibitions.

The show in Japan raised new possibilities for more pure shotmaking fun in the format.

A combination of the Skins Game and the former Skills Challenge would work.

We saw the appeal of that with the one-club challenge at the 14th hole, where Day played the entire hole with a 6-iron. He showed Seve-like skill opening the blade of that club in a greenside bunker and splashing to 6 feet to save par.

While forced bantering and needling is part of this kind of show, hardcore fans get more than a little satisfaction seeing real shotmaking, and also hearing players talk about the how and why in the execution. That’s the kind of appeal future Skins Games like this can build upon.

So how about ramping up the challenges?

And how about a challenge recreating some of the game’s greatest shots?

For example, how about trying to recreate Phil Mickelson’s shot off pine straw through a narrow gap between two trees, across water to a green more than 200 yards away (a la his second shot at the 13thhole at the 2010 Masters). Yeah, you can’t exactly recreate it, but who cares? Something like that allows the competitors to talk about some of the game’s greatest shots while trying to pull them off.

And how about recreating Woods’ approach shot from that fairway bunker 218 yards from the 18thhole in the final round of the 2000 Canadian Open at Glen Abbey?

These wouldn’t be goofy golf challenges by any means.

They would be meaningful, realistic shotmaking challenges that not only enhance a Skins Game for real golf fans but would add to the appreciation of skills required to win.

They would also add meaningful discussion and remembrance of historically important moments in golf.

There’s a lot the old-fashioned Skins Game can still offer outside giant purses, a lot to make more than Tiger Woods smile.