Randall's Rant: When it comes to Evian, Lexi only said what many are thinking 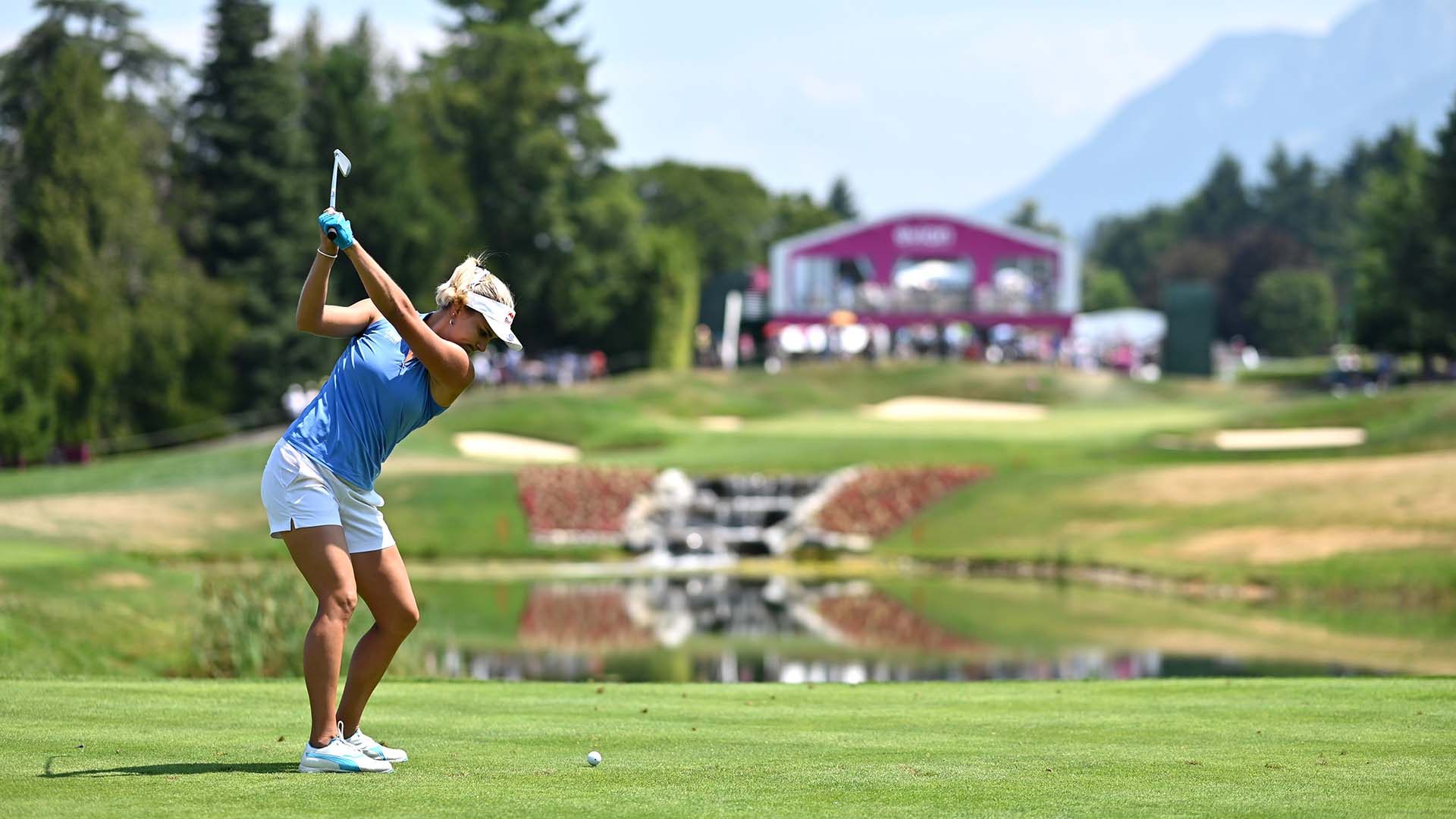 Lexi Thompson got called out last week, but her Evian rant raised important points before she deleted it.

After complaining in an Instagram post about the unfairness in the quirky nature of the test Evian Resort Golf Club offered as a major championship last week, she endured some blowback from European players.

France’s Joanna Klatten came to the defense of her country’s important women’s event.

Klatten tweeted that she was “starting to get quite annoyed” hearing players complain about Evian. She wrote that if a player doesn’t like the course, “just don’t come.”

“Amazing tournament, amazing course, amazing sponsors for women’s golf,” she tweeted as a reply. “If you don’t like it, stay away.”

Yet another fellow Euro tweeted support of Klatten.

If the Evian Championship weren’t a major, I would agree with the Euros here. As a player, you can schedule around courses at regular tour stops that you don’t like.

But the Evian is a major championship.

You don’t “stay away” from those. You don’t schedule around them.

And you don’t ignore issues that you sincerely believe diminish the nature of what major-championship golf means.

So much so, that you can argue there’s a duty to speak out if a player believes there’s something fundamentally wrong with a setup or design.

It’s a little like the responsibility that comes with protecting the field when a player sees something amiss with the rules. Except, this is about protecting the legacy of historic venues such as St. Andrews, Shinnecock, Oakmont, Muirfield, Pebble Beach and Royal Birkdale have established with their shotmaking standards.

Really, if you’re going to argue women deserve to be tested on more of the game’s historic sites, you can’t fault a top female player for trying to hold emerging venues to that standard.

Thompson is the best player in the American women’s game. She’s 24 now, an eight-year veteran with 11 LPGA titles, including a major.

After opening with a 77, she conceded she didn’t play well.

After a 72 in the second round, she complained the course didn’t play well.

Thompson took the time to document her complaints, posting photos of some of the lies she had to deal with after she believed she hit good shots.

“You’re a beautiful place Evian but that’s just too many bad breaks with good shots for me,” Thompson wrote, “so bye @evianchamp! #justnotforme. #allgood. #onward.”

Klatten, Madsen and van Dam’s stand comes from a noble place. Evian’s ownership has poured so much into the women’s game, and into the course and event. Laura Davies said it has become a “jewel” on tour. There’s no arguing the first-class nature of the staging around the competition, but grumblings about the quirkiness of the course still remain, seven years into Evian’s designation as a major.

The humps and nobs on fairways and greens built along the mountainside don’t just turn too many good shots into bad ones. They turn bad shots into good ones. There’s a little too much randomness built into a course that isn’t a seaside links.

Thompson felt the frustration in that. Now, sure, her observations would have resonated better if they hadn’t come after missing a cut, but her points were valid. They were even documented with photos.

Stacy Lewis, the former world No. 1 and two-time major champion, was so frustrated by the course and other tournament decisions that she stayed away for two years. She understands players can make meaningful change, if they’re willing to take stands. They have to use their voices, though.


Thompson felt social-media backlash for her complaints. She deleted her original Instagram post and replaced it with another. She backpedaled, unfortunately, explaining she was misconstrued, that she wasn’t dissing the entirety of the event. She loves all that goes with it, but the course? The nature of her Instagram words and photos were difficult to misconstrue.

There are always issues when players speak out publicly in ways that put the LPGA in difficult spots with sponsors who have given so much to the tour. Evian’s Franck Riboud and Jacques Bungert celebrated their event’s 25-year anniversary this year. Champagne corks were popped and fireworks were launched. The women’s game is better because of their commitment, but the golf course still isn’t measuring up to everything else they do.

Yeah, there’s a good defense for the Evian course in the pantheon of winners it has produced.

Jin Young Ko returned to world No. 1 winning Evian in the rain on Sunday. She adds her name to Suzann Pettersen, Hyo Joo Kim, Lydia Ko, In Gee Chun, Anna Nordqvist and Angela Stanford as Evian champs since it became a major. Annika Sorenstam, Karrie Webb, Juli Inkster, Inbee Park and Laura Davies all won that course before it was a major.

But there’s also an argument to be made in what the naked eye sees, in all the good and bad bounces that make you wonder if skill and chance dance too frequently together along the mountainside.

If Evian Golf Resort can be improved – and if it really needs to be better as a major-championship test – then Thompson shouldn’t “stay away.” She shouldn’t delete her Instragram posts, either. She should keep saying what a lot of other players are thinking.