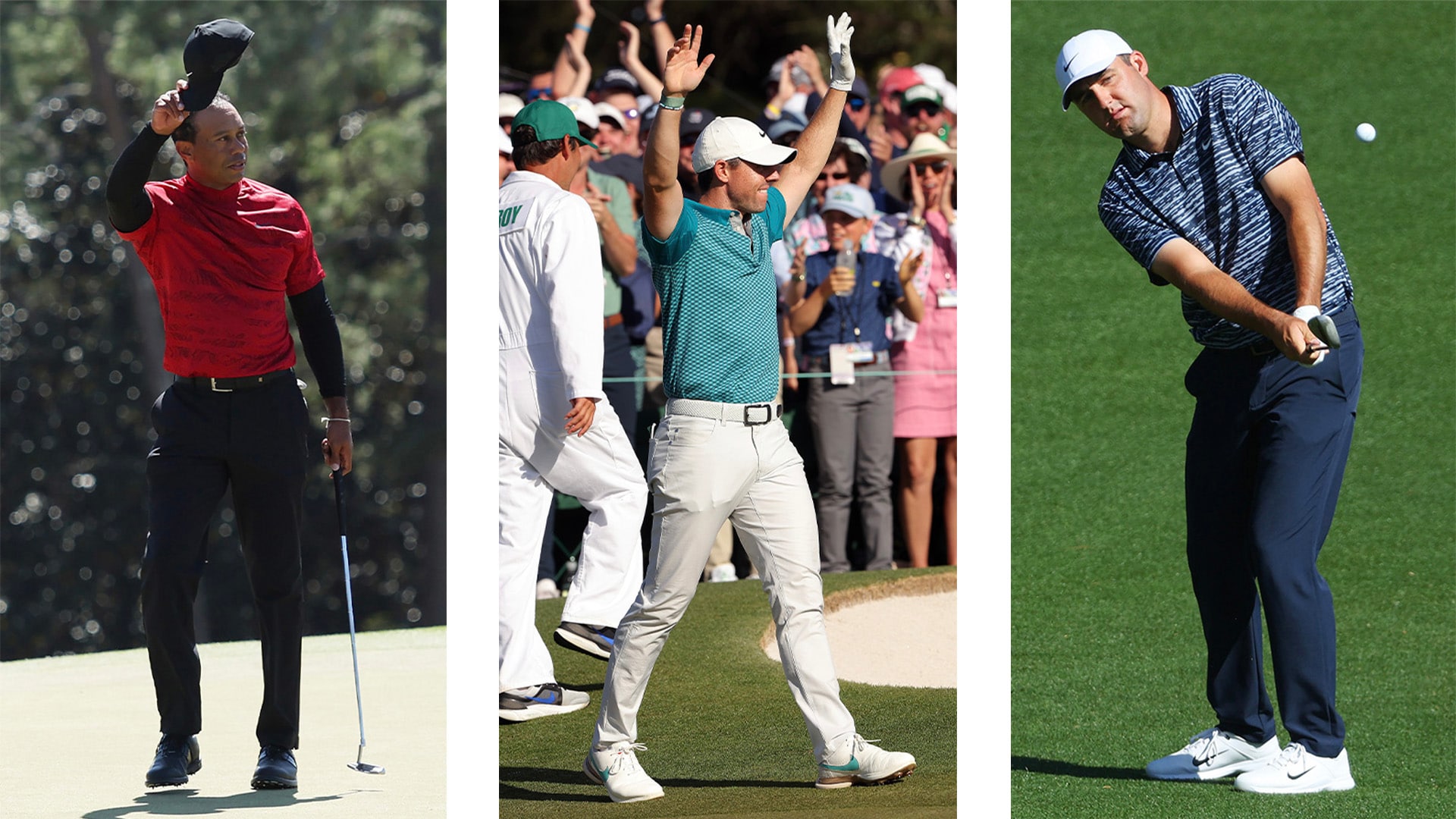 From the opening tee shot by the honorary starters, to the green jacket ceremony and everything in-between, the Masters never fails to deliver indelible moments.

Here's seven shots — and one unforgettable moment — that helped make the 86th Masters one to remember:

Rory McIlroy, Collin Morikawa go out with a bang

The two multiple-major champions were grouped together Sunday, each playing with a best-ball mentality. On the 72nd hole, they both found themselves in the right greenside bunker. McIlroy holed out for birdie — finishing his day with a 64 that tied the lowest final-round score in Masters history — and then Morikawa matched it.

McIlroy said it was the happiest "I've ever been on a golf course right there," while Morikawa called the moment "the coolest thing in the world. " With what they both have accomplished in their careers, those are significant words. 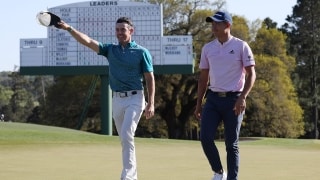 Morikawa and McIlroy ended their week with a bang. "That's as happy as I've ever been on a golf course right there," McIlroy said.

Though Cink missed the cut shortly after his heroics, he didn't leave Augusta empty-handed. In Round 2, Cink stepped onto the par-3 16th's tee box, took out his 8-iron and then holed the 24th ace on No. 16 in Masters history.

"This golf course and the tournament, it's just a wonderful environment anyway," he said. "So to have something like that happen was really something I'll always remember for sure."

But there's another component to the moment that made it even more memorable. It made for the perfect gift as Cink had his son, Reagan, whose 25th birthday was Friday, on the bag.

"That's the extent of my birthday present. I gave him the ball," Stewart Cink said. "That should be enough, right?"

Bubba Watson's blast from the past

A decade since his iconic rope-hook from the pine straw in a playoff to win his first of two Masters, Watson found himself deep in the pine straw once again, but this time on the par-4 18th. With 171 yards to the hole, below an umbrage of trees, Watson, with a pitching wedge, hit his ball flawlessly through the gap leaving it just feet from the cup. Although it didn't lead to him donning the green jacket, as it did 10 years ago, Watson felt very strongly after the latest version of Bubba Golf.

"I'll be honest, not that you want to know, but that was the best shot I've ever hit at Augusta National," he said, "that one right there."

Charl Schwartzel's eagle en route to his best finish of 2022

Schwartzel, the 2011 Masters champion, came to Augusta ranked last on Tour in strokes gained: total statistic. However, he became a surprise contender and his best moment happened in Round 3. On the par-4 10th, with 136 yards to the hole, the South African holed-out for eagle to move into second place a 6 under.

Schwartzel, now ranked 131st in the world, finished T-10 and made his first cut since November.

"Overall, it was probably the best week I've had this year," he said.

Hudson Swafford loses club head on Amen Corner in Round 2

Swafford at first — and still — probably wouldn't characterize this as his favorite moment from his week at Augusta National, especially being as confused as anyone right after the head went flying on his second shot at the par-5 13th.

But from a viewer's standpoint, it made for one of the best viral, in-between moments of the tournament. And making the club malfunction even more notable was the fact that the ball flew the full 235 yards and then some. The ball ran through the green and into a back bunker, from where he eventually made par.

Also, PXG quickly made sure that Swafford's bag was full for the weekend, too.

Scottie Scheffler's chip-in Sunday on No. 3

Scottie Scheffler's 54-hole lead was cut from three to one after Cam Smith opened the final round with consecutive birdies. And on the par-4 third, it appeared Scheffler was starting to unravel after he hooked his drive into the pine straw.

Things didn't look better for Scheffler after he left his approach short of the elevated green. But with his main goal "just to get up-and-down," the world No. 1 had the signature moment of his win, holing his chip for birdie.

It was reminiscent of Phil Mickelson's iconic bunker shot on Kiawah Island's fifth hole in last year's PGA Championship. Trying to fend off Brooks Koepka early, Mickelson, with a one-stroke lead, holed out for birdie, extended his lead, and, like Scheffler, never looked back en route to victory.

Making his first official competitive start since the 2020 Masters, Woods set out Thursday with a massive following. And he didn't disappoint. Woods shot 1-under 71, highlighted by his first birdie since the final round of that November Masters, at the par-3 sixth hole. It was a 2 that was nearly a 1.

More than just a solitary shot, this week will be remembered as the Return of Tiger.

Woods' goal is always to win. And although the 15-time major winner finished the week in 47th place at 13 over, just completing all 72 holes at Augusta National was a victory in itself, considering where Woods was a year ago.

The 46-year-old, in his 24th Masters, gave the sports world a week to remember. And because of that, his week was capped off with an applause as he walked up the 18th fairway Sunday that made it seem like he'd just won his sixth green jacket.

"I don't think words can really describe that given where I was a little over a year ago and what my prospects were at that time to end up here and be able to play in all four rounds. Even a month ago I didn't know if I could pull this off."