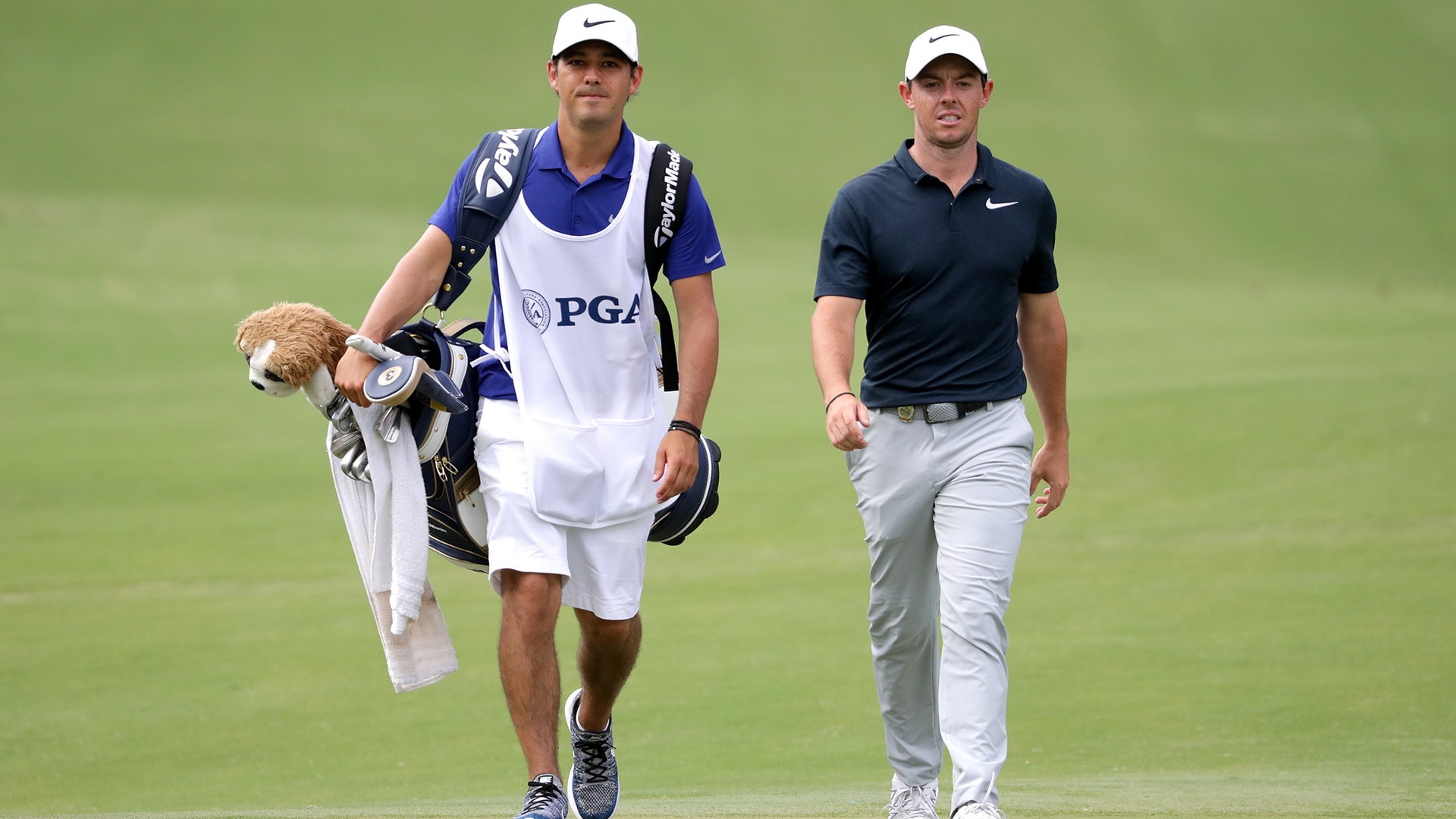 After being "inundated" with offers from other caddies, Rory McIlroy has reportedly decided to keep his friend Harry Diamond on the bag in 2018, according to the Guardian.

McIlroy parted ways with longtime caddie J.P. Fitzgerald after finishing T-4 at The Open at Royal Birkdale. McIlroy said he made the tough decision to preserve his friendship with Fitzgerald.

“It wasn’t an easy decision, but at the end of the day I felt like it was a change that I needed to make,” McIlroy said last August at Firestone. “I got to the point where if I didn’t play a good shot or if I made a wrong decision, I was getting more frustrated at him than I was at myself. I would much rather be angry at myself for making a wrong decision than being angry at him, and that was really why.”

In stepped Diamond, a childhood friend of McIlroy's and the best man at his wedding. The world No. 10 said he wanted to avoid an "awkward spell" with a new caddie, so he brought in Diamond for seven events to close out the year.

Now Diamond will reportedly be on McIlroy's bag for the foreseeable future as he builds toward another run at the career Grand Slam at the Masters. McIlroy has already announced a busy schedule to start off 2018.

He'll start at Abu Dhabi on January 18 and then head to Dubai, Pebble Beach, Riviera, the Honda Classic, the Valspar in Tampa and then Bay Hill. McIlroy's official schedule does not yet include stops at the WGC in Mexico or the Match Play.