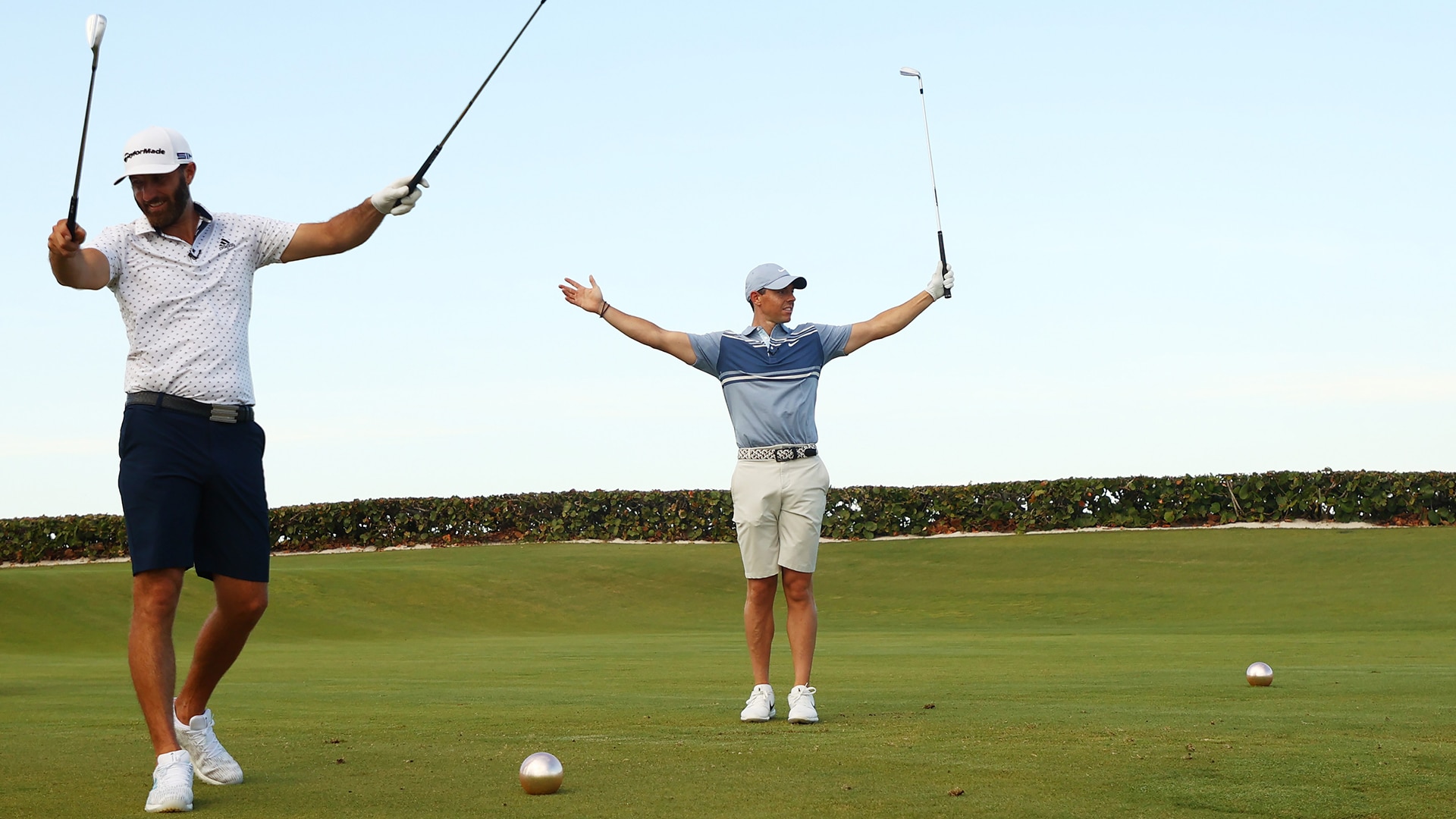 Six skins and $1.1 million in charitable donations were still up for grabs after McIlroy, Johnson, Rickie Fowler and Matthew Wolff completed the 18th hole. So the participants headed back to the 17th tee at Seminole Golf Club, where a closest to the pin contest from approximately 125 determined the outcome of the match. With Wolff already on the green in solid position, McIlroy was last to hit and stuck his wedge barely inside of Wolff's ball.

The shot meant that McIlroy and Johnson captured the team title, with 11 skins and $1.85 million against the seven skins and $1.15 million won by Fowler and Wolff.

"I didn't know whether to tell it to get up or down, stay up or stay short," McIlroy said. "It's only 120 yards but it's a tough shot. Just to see it land on the green and stay there was good, because these Seminole greens, the ball can do funny things."

McIlroy and Johnson got off to a fast start, capturing five of the first six holes to build an early lead. But Fowler and Wolff stormed back to take the upper hand, with Fowler's hot putter on Nos. 11 and 12 fueling the comeback. But in the end the edge went to the two more decorated players, with McIlroy's tiebreaker wedge making the difference.

The skins match marked the first live televised golf in the U.S. since the opening round of The Players on March 12. All four players carried their own bags, and limited on-site personnel practiced social distancing measures. PGA Tour official Mark Russell was the only person handling the flagstick, pulling it on each green per player discretion.

"It's been awesome," McIlroy said. "It was nice to get back on the golf course and get back to some sense of normalcy." 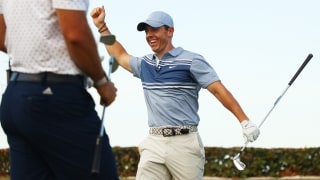 Wolff won both long drive contests on Nos. 2 and 14, adding another $450,000 in charitable donations from TaylorMade. Farmers Insurance also added another $1 million in donations tied to birdies and eagles made throughout the match, and viewer donations during the telecast totaled more than $1.05 million.

In total, more than $5.5 million was raised, with McIlroy and Johnson's play benefiting the American Nurses' Foundation and Fowler and Wolff playing for the CDC Foundation.

"It's incredible what we did," Johnson said. "Obviously it's very nice to be a part of something so cool. Just to get back out and play golf again, a little bit competitive, it was a lot of fun." 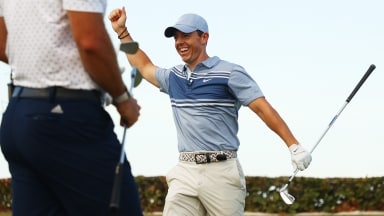