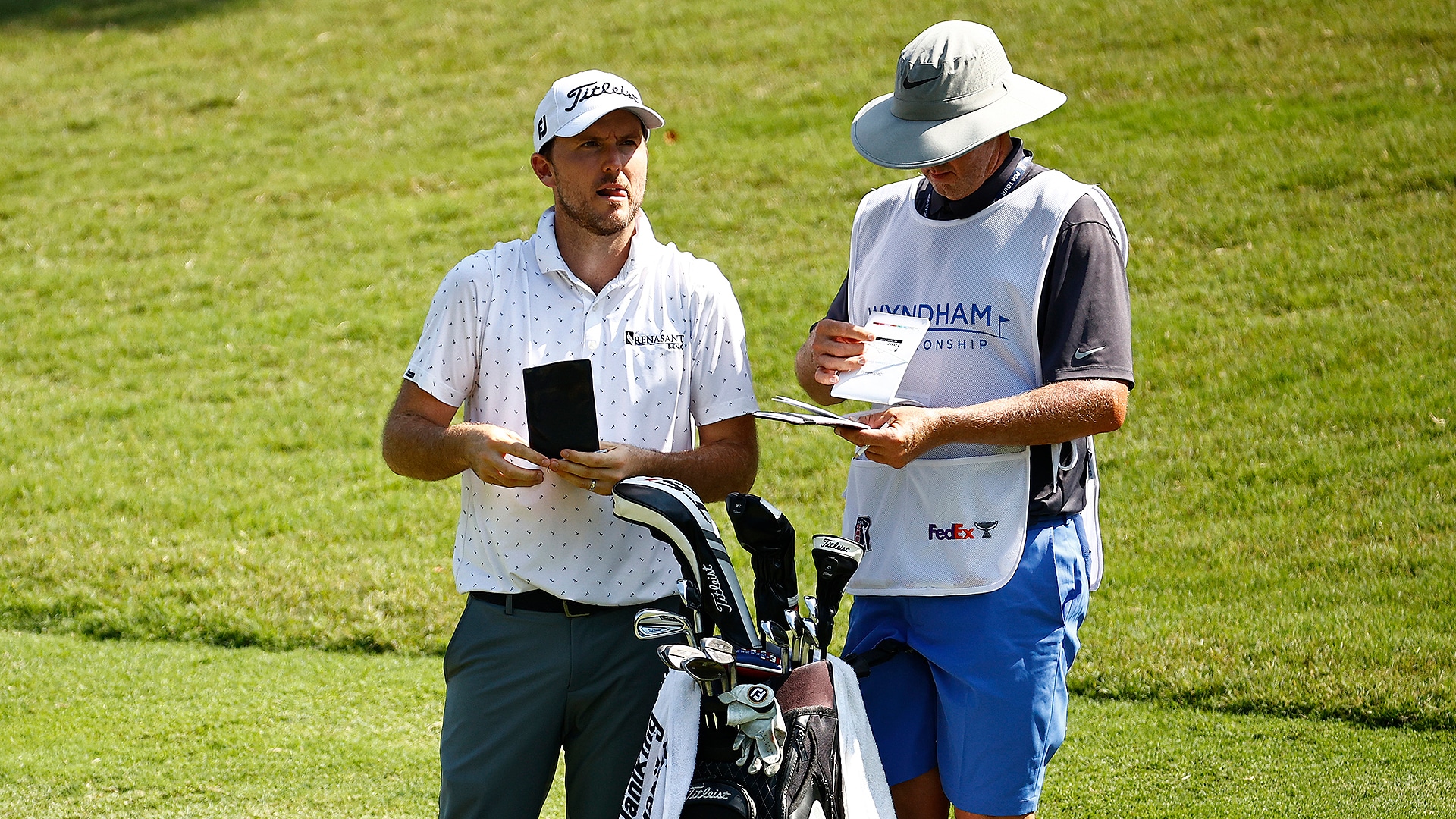 GREENSBORO, N.C. – Russell Henley shot a 6-under 64 on Friday to open a four-stroke lead halfway through the Wyndham Championship.

Henley was at 14-under 126, tying Stewart Cink at the RBC Heritage in April for the lowest 36-hole score this season in a tournament Cink went on to win.

Former FedExCup champion Justin Rose, outside the playoffs at the start of the week, continued his surge toward the postseason with a 65 that left him at 9 under in a group with Tyler Duncan and Brian Stuard.

Duncan had the lowest score of the round at 62. Stuard shot 66.

When Henley teed off, the first-round leader had already been passed by Sabbatini, Piercy and Simpson. Henley, who opened on the back nine, got going with four straight birdies on Nos. Nos. 14-17 to regain the lead.

Henley added three more birdies on his final nine. It was a couple of months ago that Henley shared the halfway lead at the U.S. Open. He was among three leaders after 54 holes until falling off with final-round 76.

Henley hopes he can keep the same drive and mentality on the weekend. After all, this is not the U.S. Open and pars here will probably lead you out of contention.

“You have to do everything right,” Henley said. “So it’s kind of the same way except for I’m just mainly trying to keep committing to every shot off the tee and put myself in the fairway” where he can stay aggressive. 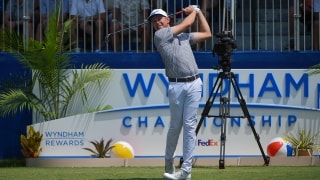 Who still has a chance, who's out of playoffs

For some, the dream is still alive – for at least two more rounds. For many others, it’s dead and done – time to think about next season.

It was a good day for Sabbatini, Piercy and Rose, all who began the week outside the 125-man postseason cutoff, but have played themselves into next week’s Northern Trust with 36 holes to go.

Sabbatini, buoyed by his Tokyo experience, has moved from 141st in the FedEx standings to a projected 95th. He tied his career low 36-hole score of 130, last accomplished in 2003 at the Shriner’s Children’s Open.

It was not the case for playoff outsider Rickie Fowler, who missed the cut after shooting 71-72. He had needed to finish 21st or better to keep his 11-season streak of advancing to golf’s postseason intact. Instead, Fowler will have a few weeks off before next season.

“I know what I’m capable of, I’ve been up there and played against the best in the world and been a top-five, top-10 player in the world for a number of years in my career,” Fowler said. “I’m not in a position where I’m comfortable or where I want to be.” 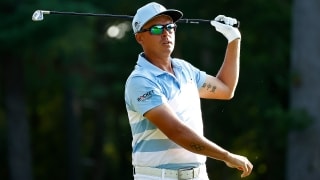 Sabbatini said his game kicked into gear in Tokyo – he finished with a 61 for the silver behind gold-medalist American Xander Schauffele – and has continued at the PGA Tour’s final regular-season event.

His play at Sedgefield Country Club has him pointing toward the playoffs. “I do potentially have a flight reservation, but I don’t know which direction.”

Piercy had made the playoffs the past six seasons.

Rose said his first two rounds have him thinking about more than the top-10 finish needed to continue his season: He’s aiming for his first PGA Tour win since the Farmers Insurance Open in 2019.

“I know I need to finish top-10, but at the same time there’s no point limiting yourself to that kind of thinking,” he said. “Winning would go a long way to kind of feel like you can compete in the playoffs.”

Among those missing the 3 under cut were Masters champion Hideki Matsuyama and veteran Ryan Moore, who will miss the tour playoffs for the first time since it began in 2007.

Russell Henley was 2 inches from bucking his 54-hole lead trend and ending a winless drought that goes back to 2017. 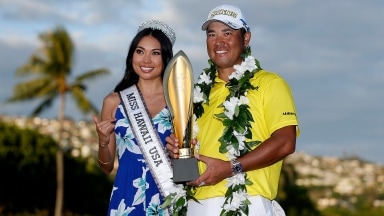 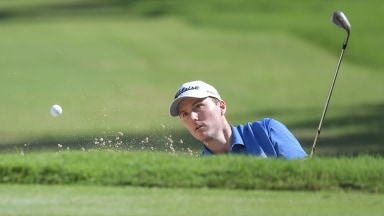