Ryder Cup could be a turning point, in many ways, for Bryson DeChambeau 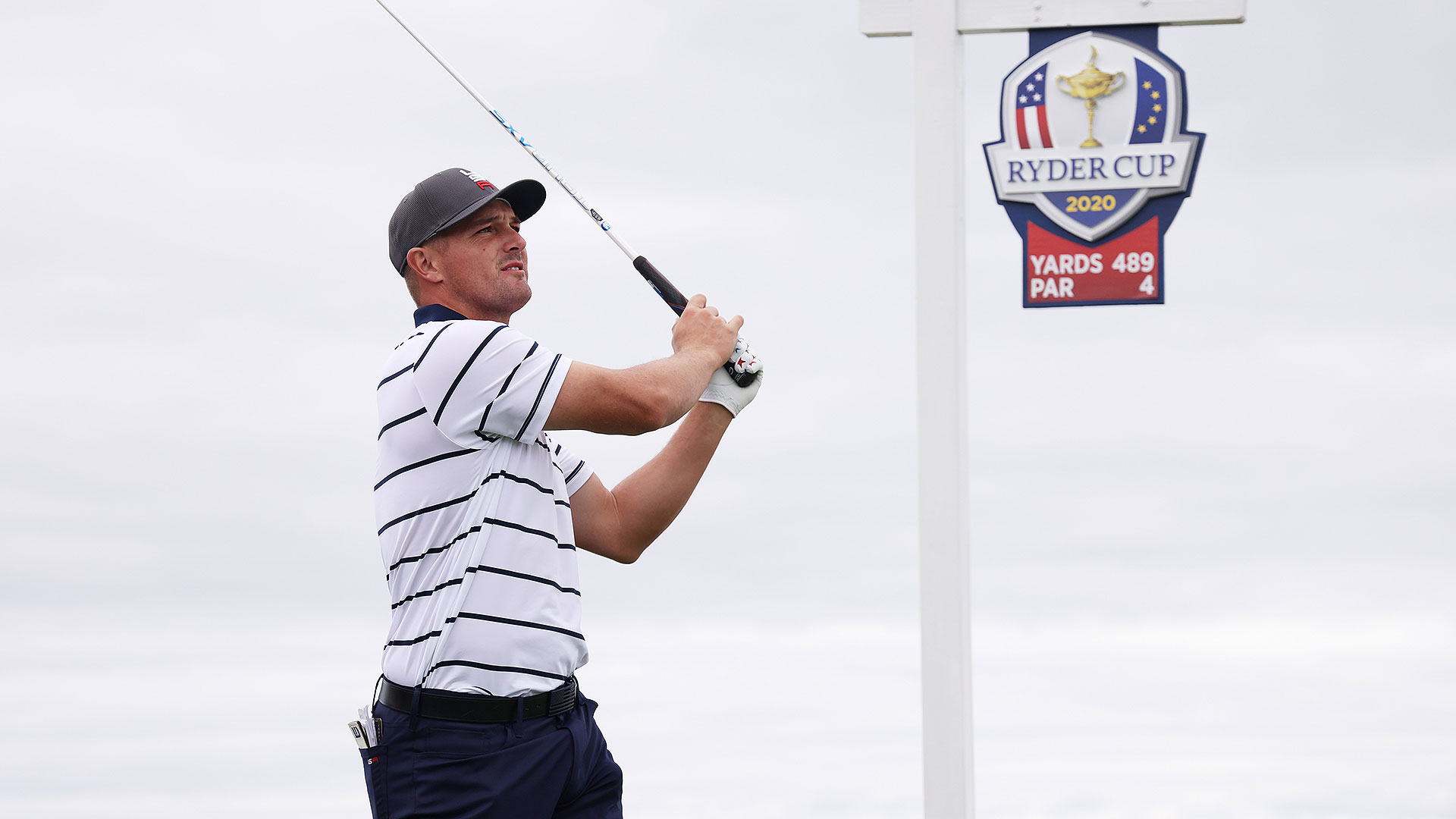 SHEBOYGAN, Wis. – The near-capacity crowd that was huddled into the sprawling grandstand that rings the first hole at Whistling Straits erupted as the confident-looking 28-year-old launched himself onto the teeing ground.

This is a Ryder Cup. A home game Ryder Cup. There is nothing better in golf, maybe all of sports, and Bryson DeChambeau is determined to relish every cheer. But it was impossible to ignore that the scene early Tuesday was a painful contrast to DeChambeau’s last few months between the ropes.

For the first time in 47 days, DeChambeau took to the microphone to address the print media on Tuesday. It ended a boycott that began at last month’s WGC-FedEx St. Jude Invitational, when his comments regarding vaccinations for COVID-19, for which he is not, didn’t land the way he would have liked.

He was heckled in New Jersey at the post-season opener and again outside of Baltimore at the second playoff event, which he lost in a playoff. It probably only made things worse a week later when PGA Tour commissioner Jay Monahan took a hard line on fan behavior and declared that yelling “Brooksie” in DeChambeau’s direction qualified as unruly and could lead to a quick trip off property.

As if all that wasn’t enough, his ongoing man-spat with Brooks Koepka threatened to become a distraction at this week’s Ryder Cup.

Throughout it all, DeChambeau remained largely silent. When he booted the title at the BMW Championship, he said nothing. When he locked up his spot on the U.S. team for this week’s matches, it was more silence. And when Monahan made him the face of fan behavior, however reluctantly, he balked.

Until Tuesday at the Ryder Cup, which in retrospect was probably not the best way to kick off one of the most intense weeks of the year.

He was asked about a recent report that he “wrecked” his hands preparing for a long-drive competition next week.

“So, when I had some blisters on my hands and wrecked my hands, that was before the FedExCup playoffs,” he clarified.

DeChambeau went on to explain that his length is his biggest advantage and he plans to make the most of that at Whistling Straits.

He was also asked about Koepka and how the two plan to coexist inside the same team room for the week. 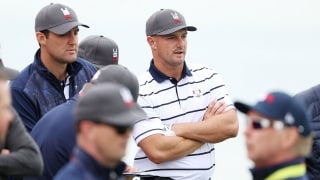 “A lot of this social media stuff has definitely been driven by a lot of external factors, not necessarily us two,” DeChambeau said. “We had some great conversations Tour Championship week when we had dinner, and then this week, as well. I sat down and had dinner with him last night, and it was fine.”

DeChambeau even went so far as to hint at “something fun coming up” that would include he and Koepka, without giving any specifics. As Stricker conceded on Monday don’t expect the two to be paired together this week but they have seemed to have reached a detente.

DeChambeau was also asked about fan behavior. While Monahan’s mandate on “Brooksie” didn’t do DeChambeau any favors, it did help ease the tension between he and the crowd, at least temporarily. At East Lake there were few taunts and as he took to the first tee just before lunch on Tuesday at Whistling Straits, he was all smiles and fist pumps as the partisan fans showered him applause.

The last few months have been hard on DeChambeau. Much of what he’s endured has been self-inflicted, but the impact of the taunts and relentless cheers of “Let’s go, Brooksie!” have been evident.

“I mean, no matter what, we're all humans at the end of the day, and I think there's obviously a level of, I guess you could say, control that any human will ever have, and you can have a lot of armor and you can protect yourself with people around you and all that,” he explained. “Sure, there are times where it's not comfortable, but there's also times where it fuels me.”

This week’s Ryder Cup and the jingoistic fervor that comes with it will bring plenty of that “positive” energy.

“I think this week is going to be an amazing example of it, and it's going to be fun to be able to have the crowd behind us and pump them up and show them what I can hopefully do and what we can do as a team more importantly,” he beamed.

He was also asked if a solid week at Whistling Straits could help dust off an image that’s taken plenty of blows this year, but it was the alternative that loomed as he set off for his practice round.

The cheers, the adulation, the blind fandom are all well and great and probably exactly what DeChambeau needs, but what happens when it’s not? What happens if he struggles like he did in Paris three years ago, when he failed to win a point and the fans, as fans do, turn on him?

It’s a delicate line and DeChambeau said all the right things, but finally answering the questions is only beginning.