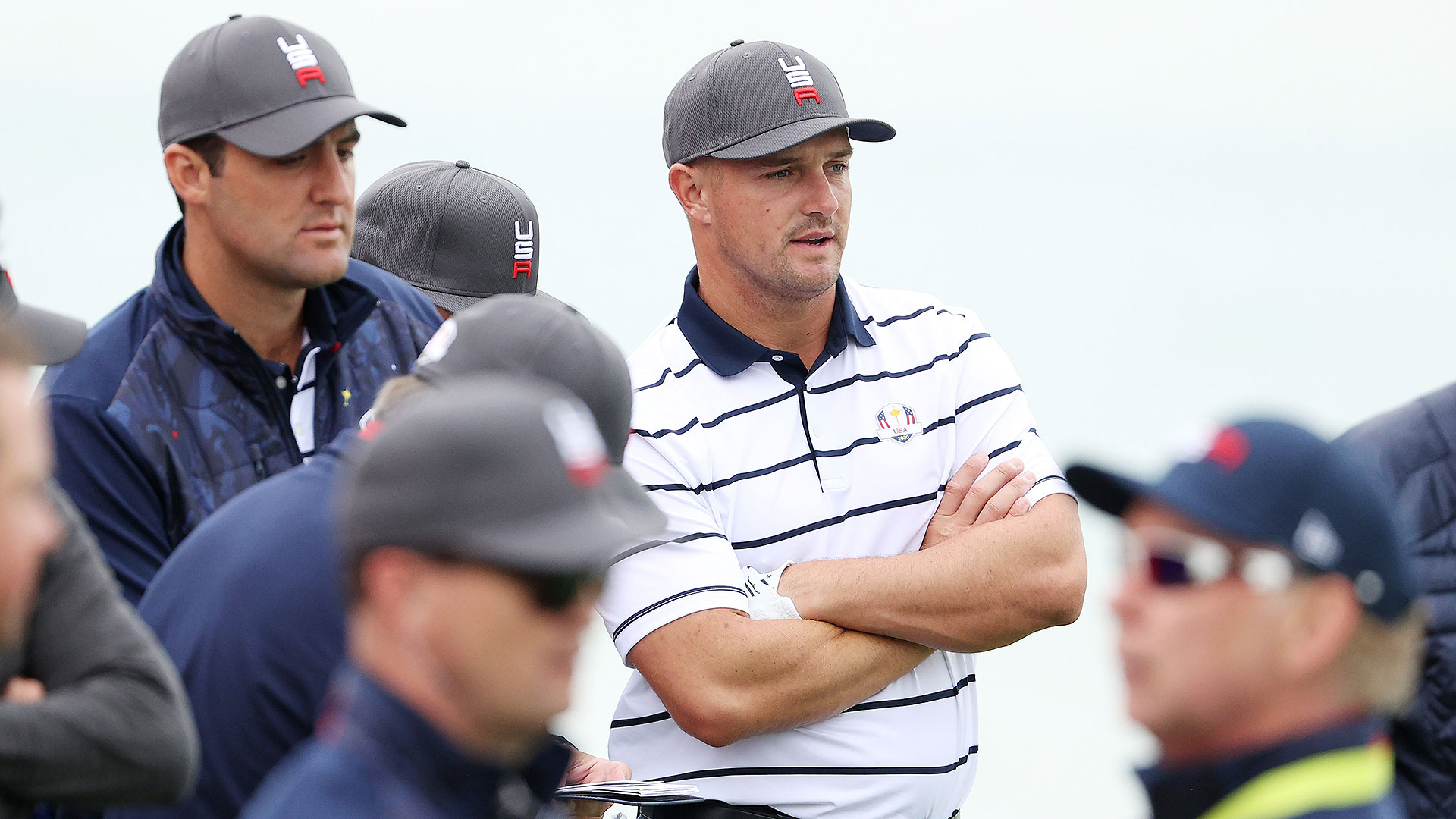 When it comes to Bryson DeChambeau this week, there are more pressing questions than if he can get along with Brooks Koepka. Specifically, what team formats will DeChambeau play, and with whom?

Three years ago, DeChambeau paired with Phil Mickelson and Tiger Woods in foursomes while sitting out both four-ball sessions in his Ryder Cup debut in Paris. He dropped both foursomes contests, neither reaching the 15th hole. A year later at the Presidents Cup, DeChambeau was called on for just a single team session, losing a four-ball match alongside Tony Finau.

Despite his paltry cup record so far, DeChambeau is hoping his added distance and evolved game, which won him a U.S. Open a year ago, will make him a valued asset for U.S. captain Steve Stricker.

“I could comfortably say that I have no issue playing either format,” DeChambeau said on Tuesday. “I think best ball has its benefits to my style of play, and alternate shot with the right person can be pretty deadly.”

So, who is that right person? Based on the pre-event interview schedule, it appears that rookie Scottie Scheffler could get the call alongside DeChambeau.

Scheffler and DeChambeau, both currently Dallas residents, have known each other since their amateur days. Scheffler, two years behind DeChambeau, attended Texas, and DeChambeau went to SMU, and they played a lot of the same events. Both are USGA champions, too. While they weren’t frequent practice partners, “we always knew how good each other were,” DeChambeau said.

“I saw his game. It was unbelievable growing up,” DeChambeau continued. “He won the U.S. Junior Amateur. I saw that, and I was like, ‘Man, this kid is a stud.’ As time has gone on, he's gotten better and better and better, and his wedge game and putting is incredible. It's with the best of them."

While he'll get plenty of wedge opportunities should he pair with DeChambeau, Scheffler was asked about playing with a player who this year has seen himself become the favorite target of hecklers at tournaments. Scheffler said he had no issues (he was paired with DeChambeau in the final round of this year's U.S. Open at Torrey).

In fact, Scheffler was quite complimentary of his big-hitting teammate.

“The perceptions are around him, it's whatever the public creates,” Scheffler said. “I think everybody has an opinion on him. I have an opinion on him, as well. I think he's a fantastic guy. Like I said, I've known him since college. He's always been nothing but gracious and kind to me, and he means really well. I think sometimes people take little tidbits of what he says and try and beat him down a little bit, and I think that's kind of what happens in sports is people get built up and then they get torn down once they reach the top. I think it's something you've seen for a long time. … I've watched The Last Dance a couple of times, and it's something you saw with [Michael] Jordan, as well.

“When people make it really big like Bryson has, I think some people try and tear him down a little bit. Fantastic guy, he's got a heart, and I really have nothing but good things to say about him.”