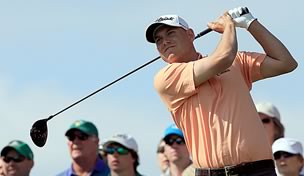 ORLANDO, Fla. – For Bill Haas, grabbing a towel out of the shower is hard; acing the test that is the Arnold Palmer Invitational, however, is surprisingly easy.

Haas, who has been slowed this season by a mysterious injury he suffered while reaching for a towel during the Northern Trust Open, followed an eventful 69 on Day 1 at Bay Hill with a bogey-free 66 on Friday to grab the early lead at 9 under.

Haas began his round on No. 10 and cruised to an opening nine of 33 thanks to an eagle at the par-5 16th hole when his second shot from 214 yards settled 8 ½ feet from the pin and he converted the putt.

After Thursday’s rollercoaster – which featured three bogeys, four birdies and an eagle – Haas was nearly flawless on a windy day at Bay Hill thanks to solid ball-striking. He is currently fifth in greens hit in regulation for the week after finding 15 of 18 greens on Day 2.

Haas said he’s not surprised he’s playing well despite the nagging injury, although he conceded he has never played his best at Bay Hill.

“I didn't know where the media tent was; I've never been in here,” smiled Haas, who in five starts at Bay Hill has just one top-20 finish. “I have never had that much great success here, but I've always enjoyed coming.” 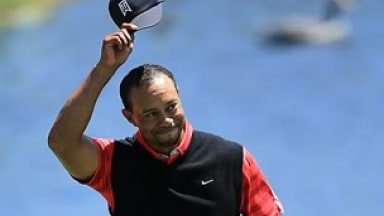 Tiger Woods is king of Bay Hill once again. Woods won the Arnold Palmer Invitational Monday for his 77th Tour title and eighth at this event.  Watch Live 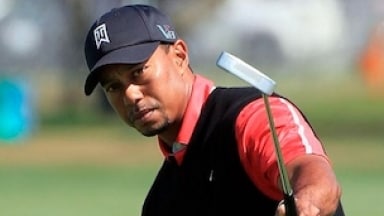 Tiger Woods knows Bay Hill like the back of his hand, which has led to eight wins there, and SwingFix pro Tyrus York says there's a lesson to be learned. 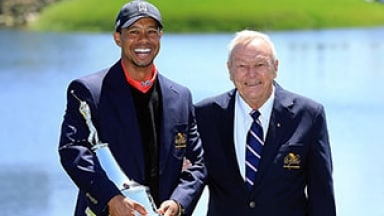 With a historic eighth victory at the King's place, Tiger Woods sits atop the world of golf, reclaiming the No. 1 ranking.