The Social: With one incredible story the legend of MJ continues to grow 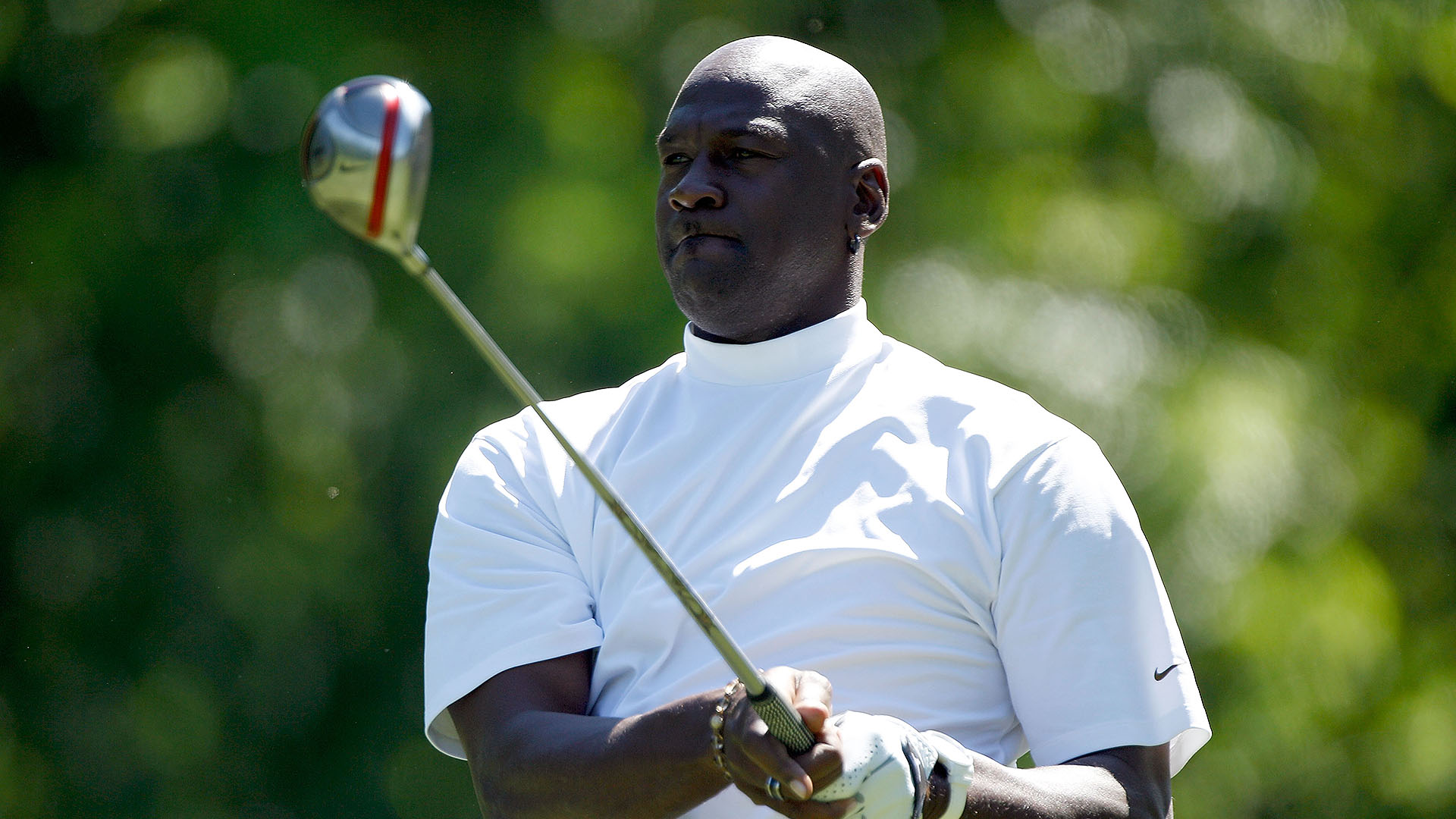 Justin Thomas crosses one off the bucket list, a miserable way to make $2 million and a late submission for “shot of the year” ignites a party on the Champions Tour.

But we start with a new legendary story about Michael Jordan on the golf course, because … how could we not? All that and plenty more in this edition of The Social.

The only thing that rivals Michael Jordan’s iconic career on a basketball court (don’t you dare say Lebron) may be his career off it.

On top of the six NBA Championships, countless records on the hardwood and that time he beat the Monstars, the stories floating around about his competitiveness carrying over to the golf course and casino approach the too-crazy-to-be-made-up status, validated by the time he won $500 off a fan during a celebrity tournament – and immediately collected in straight cash, homie.

And thanks to former NHL superstar and current NBC Sports hockey analyst Jeremy Roenick, Jordan’s legend somehow grew even larger last week when he told 670 the Score about the time the two of them played 36 holes while crushing beers, and MJ still went out that night with the Chicago Bulls and demolished the Cleveland Cavaliers.

You know the story is going to be good because Roenick starts with, “I don’t know if I should tell this story on the radio,” but the gist of it is, after losing a few grand while throwing back some adult beverages on the golf course in the morning, Jordan guaranteed the Bulls would win by 20 points that night and that he’d chip in more than 40 himself.

And then he went out and did just that, because of course he did. He's Michael Jordan.

While For the Win points out Roenick may be misremembering Jordan’s exact numbers, there was a game that lines up pretty closely to the hockey star’s tale, when Jordan put up 44 to push the Bulls past the Cavs by 24 points in March of 1992.

Sounds like Michael's secret stuff is the real deal.

Justin Thomas has proven he’s not afraid of the big stage, and there’s not many bigger than last weekend’s college football powerhouse showdown between arch rivals Alabama and LSU.

Thomas, the former Crimson Tide golf star, wasn’t just at the game in in Tuscaloosa, Alabama, but he was the surprise celebrity guest picker on ESPN’s “College GameDay,” the popular pre-game show that travels to different college campuses each week.

The 2013 Haskins Award winner and national champ admitted that it was a bucket-list experience, and he nailed every part of it, every part but the picks that is.

Being brought out in a tricked-out golf cart complete with the clubs in the back, and the fake tussle with Lee Corso after he picked against Thomas’ beloved Tide, the 11-time PGA Tour winner may have a future in this, again, if it just wasn’t for the picks.

While he was the only one on the set to nail the Minnesota upset over Penn State, Thomas went 5-7 overall and had to settle for a front-row seat to an LSU beatdown after the show was over.

WHEN KEEPIN' IT REAL GOES RIGHT

WHEN KEEPIN' IT REAL GOES RIGHT

Tyrrell Hatton was the biggest winner of the weekend, taking the $2 million first-place prize at the Turkish Airlines Open in a six-man playoff that finished in the dark.

So what was his key to victory? Well you don't have to look any further than his honest-to-a-fault interview after the third round.

When asked if he could be described as "happy-go-lucky, light and fluffy," Hatton didn't hesitate.

"No, never," he responded. "I'll be the miserable, negative person. Which is standard me, but I'll embrace it."

Sure would hate to be that miserable and negative. Sometimes life just stinks.

It’s not often you win a big prize in golf while watching other people finish up a tournament, but that was exactly the case this past week when Scott McCarron won the Charles Schwab Cup, and that didn’t stop him from celebrating like he holed the winning putt himself (nor should it have).

Jeff Maggert holed an eagle from the middle of the fairway in a playoff to win the Champions Tour finale on Sunday, and it set off a chain reaction of celebrations, starting with everyone watching the drama unfold with McCarron. Maggert’s incredible walk-off sealed the season-long points race and $1 million bonus for McCarron, and if you don’t think he knew it, well … just check the tape.

However long the party raged on, rest assured, that one poor soul was left hanging that entire time.

Max Homa made all of Golf Twitter shed a collective tear last Friday, sharing a bit of personal news that he had reached his goal to finally help his mother quit a second job pushing a food cart in prisons a few days a week.

It was a great feel-good story that got plenty of reaction on social media.

But there was one response in particular from professional golf's resident joke maker that got everyone – including Homa – laughing. 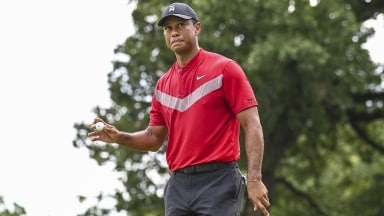 The Social: Tiger's back! Kind of!

If making a putt against Michael Strahan in a putting contest and celebrating like he won a major means anything, then Tiger Woods is back, baby!