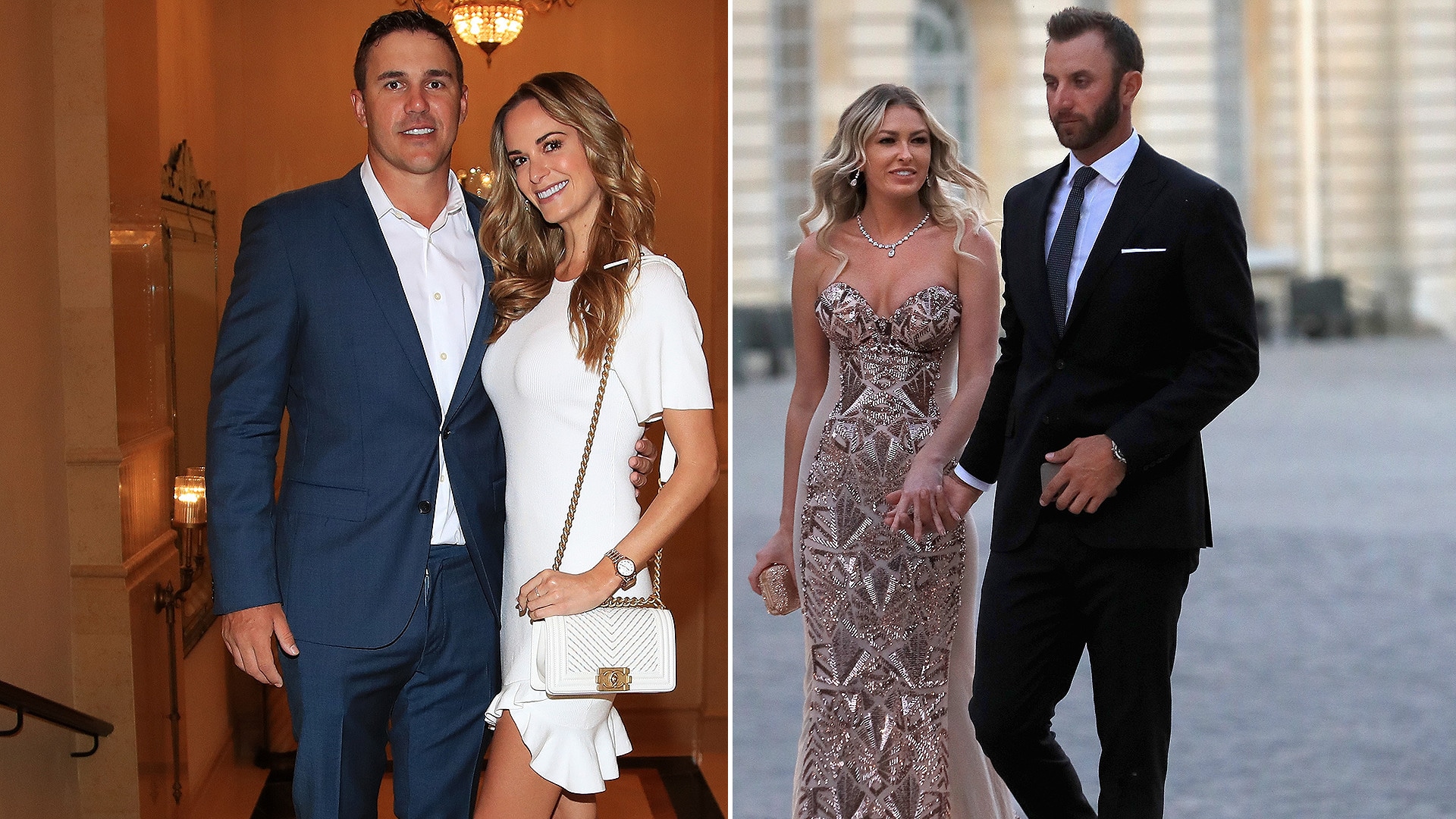 Dustin Johnson and Paulina Gretzky go on a long-overdue vacation with special guests, the European Tour's Content Committee has a hilarious pitch meeting and the Super Bowl matchup is good news for Tiger Woods.

It's been far too long since Dustin Johnson and fiancée Paulina Gretzky hit up a tropical paradise for some well-deserved R&R, but the national nightmare has finally come to an end, as the PGA Tour power couple recently popped up in the Maldives, with special guests Brooks Koepka and girlfriend Jena Sims in tow.

After a week of slumming it at the Abu Dhabi HSBC Championship, picking up their appearance fees and finishing in the top 20, the buddies (who are evidently over that reported fight after the Ryder Cup) and their significant others headed to the nearby country of islands in the Indian Ocean known for its beaches, blue lagoons and extensive reefs.

According to Sims' and Gretzky's Instagram accounts, the paradise is also known for its private pools attached to floating hotel rooms, days spent lounging on a boat, matching his and hers bathing suits and water slides that some have more trouble figuring out than others:

Sure we all have problems, but just imagine getting stuck on a private water slide while on vacation in the Maldives – prayers up for the happy couples.

As peanut butter and jealous as you are watching that right now, rest assured – there's plenty more where that came from.

If history is any indication, this vacation is just starting to heat up

The European Tour’s social media team has been pumping out sneaky-good content for years now, and thanks to the newly-formed “Content Committee,” it looks like they won’t be slowing down anytime soon.

Tommy Fleetwood, Lee Westwood, Henrik Stenson, Thomas Bjorn and Eddie Pepperell star in the Euro Tour’s latest viral video, getting together to pitch some comically-bad ideas covering everything from possibly-branded cats playing the piano to a show called "Monty's Pythons" – where Colin Montgomerie recalls his best snake encounters, with a couple of cats thrown in for good measure.

The video is truly worth the four-and-a-half minute watch, which is about the highest praise you can give anything on the Internet in 2019.

With Tiger Woods starting his 2019 this week at the Farmers Insurance Open, we figured this was as good a time as any to inform you of this stat of the day, guaranteeing he's going to win at least two majors this year.

Because we can't not not mention the non-pass interference call heard round' the world from this weekend's NFC Championship game, right?

Golf fans everywhere got a little bit more excited for the AT&T Pebble Beach Pro-Am upon hearing the news that internet sensation Ho-Sung Choi and his incredibly unique swing will be in the field on a sponsor’s exemption. That includes Green Bay Packers quarterback Aaron Rodgers, who is competing in the amateur portion of the event.

The all-pro QB took to Twitter to publicly lobby for Choi as his partner. In fact, one could argue that Rodgers – who hasn’t had much luck finding elite offensive teammates in recent years – lobbied harder for Choi than he ever has, say, for a half-decent wide receiver.

And here’s the kicker – Choi has since responded, and it sounds like he’s on board:

Make it happen PGA Tour, the man quite literally doesn’t ask for much.

Some Twitter wars are easier to declare a winner than other. And there was no doubt in this next one between Gonzalo Fernandez-Castano and Simon Dyson.

Fernandez-Castano came out of the clouds last week to ether fellow pro Simon Dyson over a suspension Dyson received in 2013.

Fernandez-Castano tweeted this in regards to the new rules last week, and torched Dyson in the process because much like peeing your pants, people don’t forget the time you tapped down some spike marks.

First competitive round of the year on @EuropeanTour with the new rules on effect. Tapping down spikemarks felt so weird, it will take some time to get used to it - Unless you are Simon Dyson and you have been doing it for years.

Dyson did eventually respond in his own way on Twitter, letting people know he had moved on from the incident six years ago:

But then he abruptly announced his retirement from professional golf a few days later so he could focus on teaching the game:

Sure, Dyson has battled wrist injuries for years and retirement was a long time coming, but that is some unfortunate timing for the announcement. From the outside looking in, it appears Fernandez-Castano's sick burn may have been the deciding factor in the decision.

Whatever you want to believe, we'll have more on this story in six years when it randomly gets tweeted about again.

Make sure to check in then for any crucial updates.

For anyone struggling with their golf game, look no further. Here’s your answer. Thanks Grant for cracking the code: