The Social: Phil trades barbs, jabs and insults with the master, Larry David 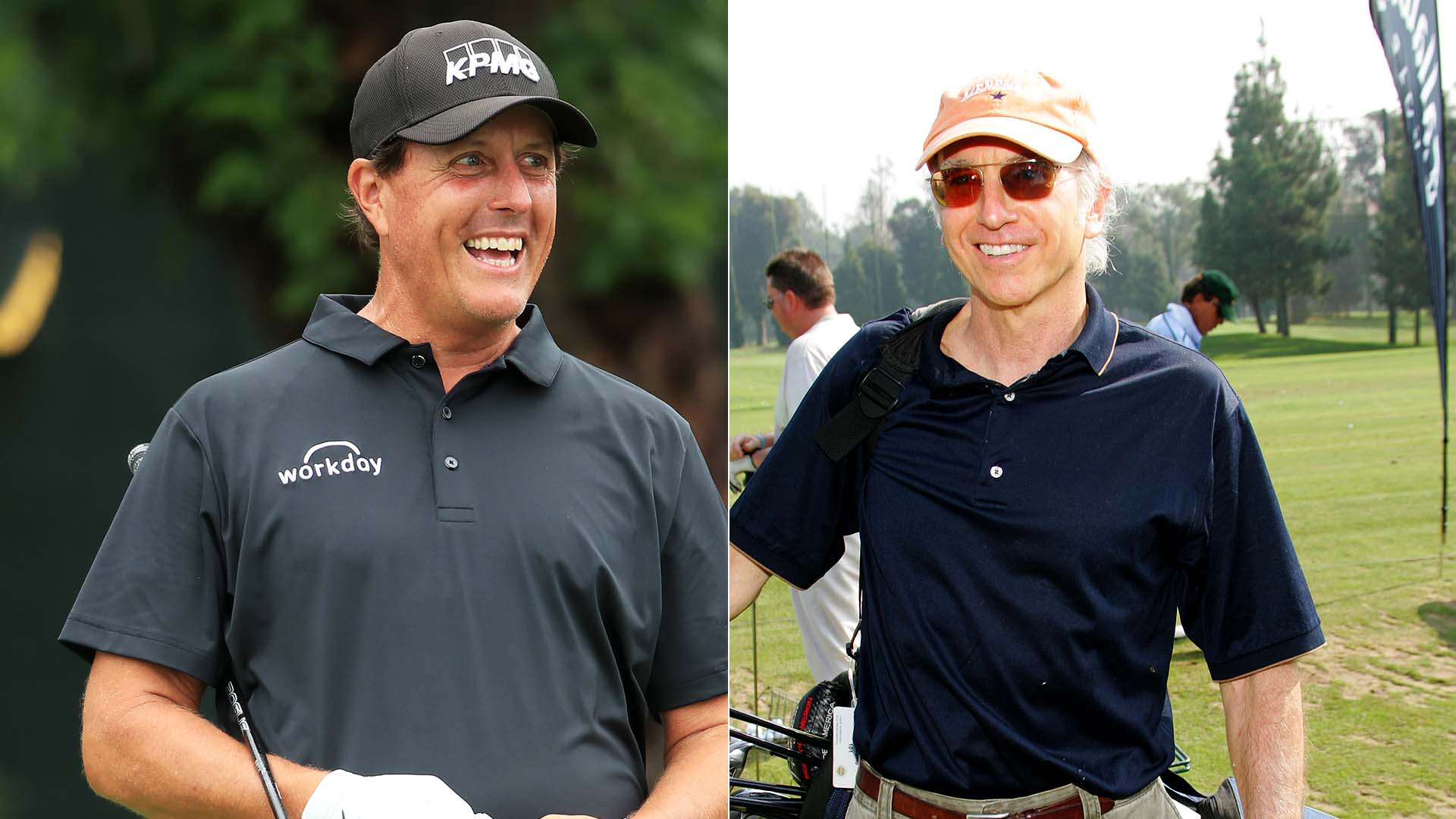 Phil Mickelson continues his ascent to the top of the social media mountain and confirms we're living in a bizarro world with his recent Twitter activity, a PGA Tour power couple celebrates a special occasion with your run-of-the-mill $10,000 dinner, and a trick shot you have to see to believe ... and even then you may not believe it.

Phil Mickelson’s “Phireside with Phil” social media interview series has had its moments, although his very first one where he talked some crap by himself still hasn’t been topped.

Paying tribute to Larry David and all the people who continue to love and play the game - even if their childhood dreams of being a hall of fame golfer were ripped away by a jealous brother. Enjoy this special #PhiresidewithPhil on #TributeTuesday. pic.twitter.com/SoHYgpVbP2

Mickelson was joined by the legendary Larry David, who he apparently knows well enough to engage in a stop and chat.

The “Seinfeld” co-creator and star of “Curb Your Enthusiasm” has made his love for golf apparent over the years, writing it into episodes, playing in celebrity pro-ams and even appearing on “Feherty.”

It took a little while for this Phireside to warm up, but when it did, the jabs started flying. And based on David’s history on the golf course, things could’ve gone worse for Mickelson:

LEG UP ON THE COMPETITION

Phil Mickelson … personal trainer to the stars. Admit it, that’s not a sentence you ever thought you’d read regarding the guy who celebrated his third Masters win in 2010 with Krispy Kreme doughnuts.

But here we are almost a decade later, and a couple of the biggest names in sports are hitting up the 49-year-old for workout tips. Calves, of course.

Both Stephen Curry and Tom Brady not-so jokingly tweeted at Mickelson last week about his famed lower-leg workouts, and it appears the five-time major champion is ready to help.

Mickelson offered to assist Curry, the two-time NBA MVP, as soon as this week – they're partnered in Wednesday's Safeway Open pro-am.

Hmm, almost @Stephencurry30. It’s a very technical move, best if I show you in person. I’ll be in Napa next week if you really want #CalvesLikeAdonis https://t.co/93uHBH3qDJ

Brady may have to wait a little while longer to get together with his new workout buddy, as he’s in the middle of the NFL season, aiming for a seventh Super Bowl title.

But between doing leg workouts and talking about all the things they can’t eat together, rest assured this eventual meeting of the minds should be quite the party.

I’m on standby for a flight to Boston. Let’s not let inadequate calves hold us back. 😎 https://t.co/MQ6IkVNOBo

The Phil Mickelson Method... for jacked calves? Sign me up. https://t.co/HFYFGltplp

Not only is this man a baby-saving hero and an incredible shade thrower/grudge holder who loves his Philadelphia Eagles, but through the power of social media, it looks like he scored some tickets to see his favorite team play in the near future.

Eagles fans have no chill 😂

In the middle of an eyewitness describing how people were saving babies out of a burning building, this fan brings up Eagles drops on @NBCPhiladelphia pic.twitter.com/RCLG5ZdNzw

Thank you for being a hero in the community, would like to invite you and your family to the next home game

Twitter help me out and get me in touch with him https://t.co/uqML3eJ0QT

With millions of dollars being awarded every week in professional golf, it’s easy to become numb to how much money some of these Tour pros have made over the course of their careers.

It’s not until you see something relatable, like a dinner bill, that it becomes apparent just how awesome these guys have it.

Pat Perez and his wife Ashley spent part of last week in Las Vegas, attending an Iron Maiden concert and staying in the same MGM Grand hotel room where the couple first met.

Obviously this was a special occasion, but was it five-figure-dinner special? Well, yes, according to Ashley’s Instagram story.

The couple, who was joined by two others, rang up a nearly $10,000 dinner bill (before tip) at Tom Colicchio's Craftsteak that included a $4,000 bottle of wine. 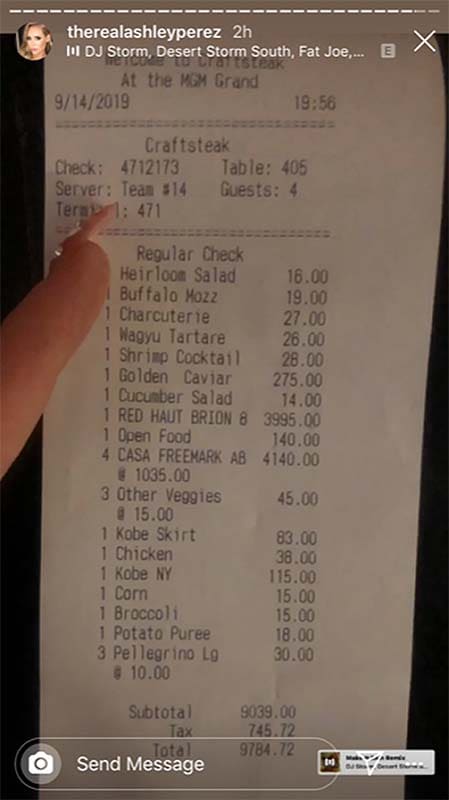 Hey, when you’ve made more than $25 million in your PGA Tour career, you’re allowed to have expensive taste.

And just in case you’re wondering what kind of wine you can’t afford next time you’re in Vegas (or anywhere), well, here you go: 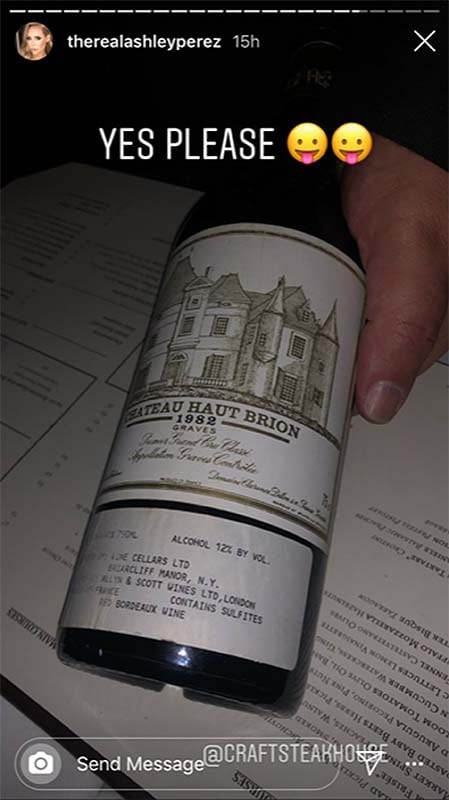 THAT WILL DO THE TRICK

It takes an act of magic for a golf trick shot to stand out these days.

Well, we may have found ourselves a magician.

Joshua Kelley isn’t new in golf trick-shot circles, but his latest video is one of those you have to see to believe, and even then you may think your eyes are playing tricks on you.

Spin the ball on the backside of the wedge, throw the wedge in your bag, ball goes off the brick, back over the bag and into the hole.

Yeah ... never seen that one before. And perhaps most importantly, it got the Bryan Bros seal of approval. 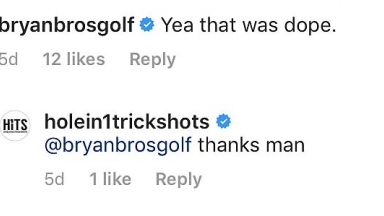 This is usually a tough category to award, based on the sheer number of love letters PGA Tour caddies write to their significant others and post on social media each week.

But this week, one stood out above all the rest.

Joel Dahmen's caddie, Geno Bonnalie, took to Twitter over the weekend to share a poem he wrote her for their 12th wedding anniversary, and the man absolutely crushes it. He mentions all the things a wife wants to hear on their special day – how good looking she is, her great taste, that time they conceived a “zoo” child by putting their “genitals together,” his dying love for Scarlett Johansson … you know, the usual stuff.

Good luck to all the guys with anniversaries coming up trying to follow this. The bar has been set impossibly high by a true romantic.

Some guys just have it when it comes to the ladies. Bonnalie is one of those guys.