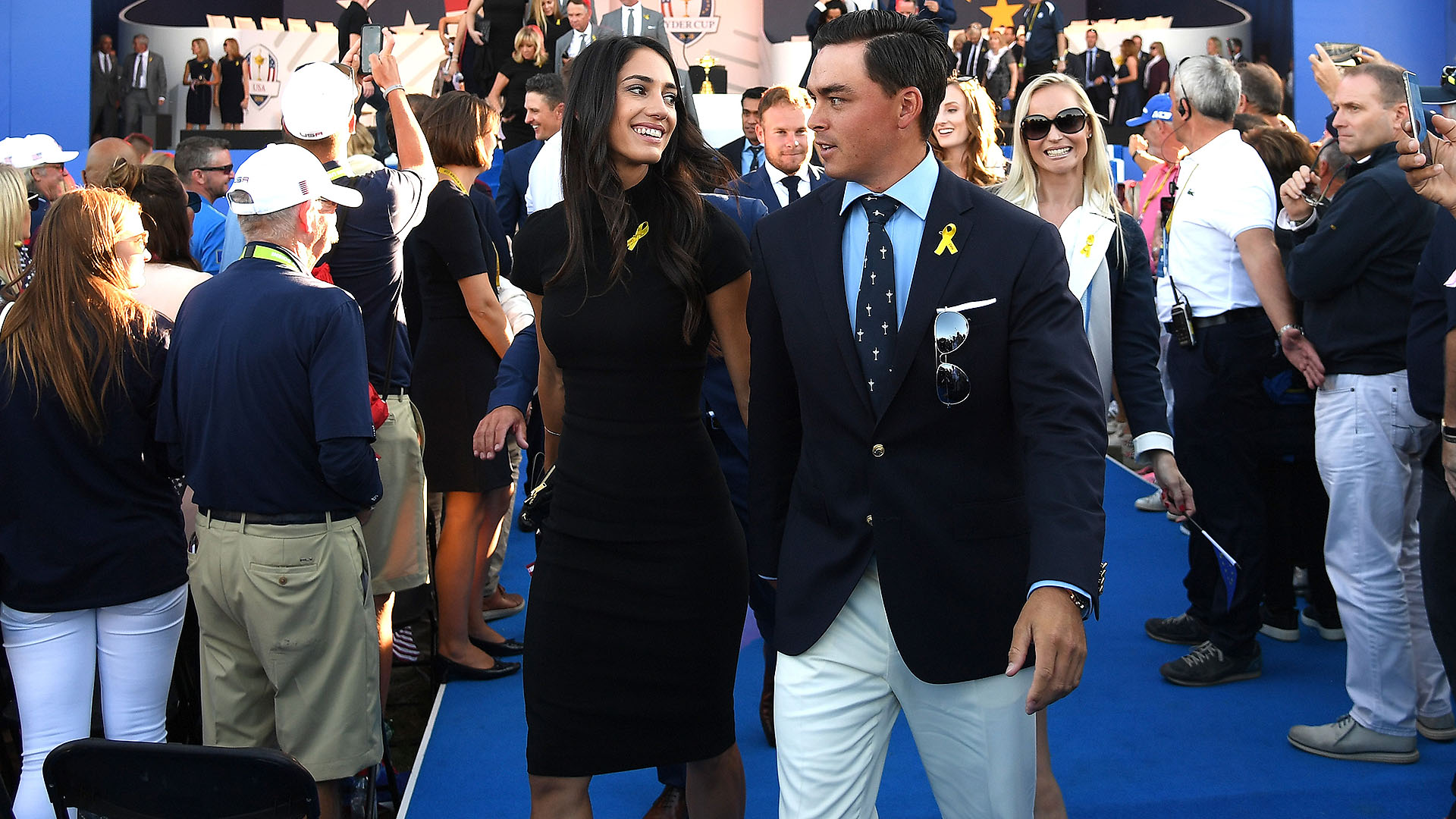 Rickie Fowler shared the first photos from his wedding to Allison Stokke over the weekend, and in the least surprising news of all time, the happy couple was married on a beach.

Again, this will shock you, but the guy who plays golf in board shorts (and only board shorts) while on vacation with his buddies, wears untucked Hawaiian shirts for competitive rounds on Tour and got engaged with ocean waves crashing behind him as he got down on one knee, tied the knot in what appeared to be a tropical paradise.

The laid-back PGA Tour superstar and his new bride lit up social media over the weekend with images from their ceremony on Oct. 5, with Fowler staying very on-brand in his blue suit-white sneakers combo to compliment his wife’s classic white dress, before ditching the shoes entirely for a walk in the sand.

That’s not to say there’s anything wrong with that. Fowler’s style obviously works as orange dominates PGA Tour galleries on a weekly basis.

But for a guy with plenty of colorful flair, Fowler has always kept it rather simple. And it doesn’t get any more simple than kicking your sneakers off at your wedding.

It seems crazy because she entered the public eye as a pre-teen, but Michelle Wie officially turned 30 over the weekend. As Randall Mell wrote, despite her recent injuries, she’s ringing in the new chapter in her life with optimism and curiosity … and obviously a trip to Vegas.

Wie celebrated her milestone trip around the sun with new husband Jonnie West and bunch of other friends from the golf world in Sin City.

By Vegas standards, it appeared they had a pretty tame celebration featuring a golf-themed cake and plenty of photos in front of the iconic skyline.

But while Wie is rightfully the center of attention in these photos, it’s hard to overlook the scene stealer, Marina Alex, who was either blissfully unaware of the photoshoot taking place or just really thirsty. 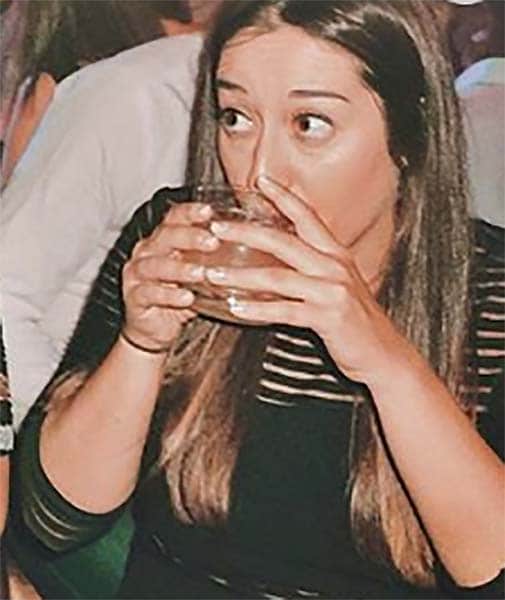 Either way, the LPGA veteran single-handedly turned what would’ve been a very basic Vegas group photo into a meme-worthy sensation. And for that, the Internet thanks her.

The St. Louis Cardinals are having a rough go of it so far in the NLCS, facing a 3-0 deficit in the National League Championship Series after losing on Monday night.

But if their season ends a little early at the hands of the Washington Nationals, at least one guy on the team has his golf game in order.

Before Game 3 of the NLCS, Cardinals pitching coach Mike Maddux carded two aces in the same round at Army Navy Country Club in Arlington, Virginia, just a short drive from Nationals Park.

According to ESPN baseball analyst Jon "Boog" Sciambi, who posted the scorecard on Twitter, Maddux carded a 1-over 72 with two holes-in-one, the fifth and sixth aces of his life.

As Cardinals manager Mike Shildt pointed out in his pre-game press conference, the odds of making two holes-in-one in the same round are roughly 67,000,000-to-1, and it's only happened three times on the PGA Tour.

So yeah, Maddux should probably buy a lottery ticket, or at the very least save some of the good juju for Game 4.

There’s not many groups of people who could use a laugh as badly as those who have just lost a loved one.

Well this loved one took it upon himself to provide that last laugh from beyond the grave, recording himself before he died with instructions to play the audio during his funeral.

As you can see, the joke killed.

It’s not unheard of for some men to head to the golf course to escape the wife or girlfriend from time to time.

But sometimes, the great escape doesn’t exactly work out. As was the case with Tyrrell Hatton at last week’s Italian Open.

Hatton’s fiancée was at the course to watch her man, but accidently interrupted his backswing on an approach shot by slamming shut a porta-potty door.

Cameras caught Hatton stepping out of a shot mid-swing and preparing to voice his displeasure with whoever was making the racket, only to quickly change his tune and make a joke when he found out it was the woman he is set to marry.

The viral clip was so good, the three-time European Tour winner couldn’t wait to get another look immediately after his round.

STAND BY YOUR MAN

A good pep talk can go a long way on the golf course, whether it comes from a swing coach, sports psychologist, or even a girlfriend.

The PGA Tour rookie said he got a “talking-to” from his girlfriend after a third-round 73 at the Houston Open, a phrase most guys probably wouldn’t be too excited to hear. Then again, most guys aren’t dating a major champion.

McNealy's significant other is Danielle Kang, LPGA veteran and 2017 KPMG Women's PGA champion, and according to him, it was her advice that vaulted him up the leaderboard to a T-17 finish with a final-round, 7-under 65, his best score on Tour.

So what were her magic words?

2. Be stronger and stricter with mental scorecards.

3. Say two good things to yourself after every shot.

Hope McNealy took notes, or least got her number so he can call her again.

Lanto Griffin broke through for his first PGA Tour win on Sunday, and rumor has it he's still crying somewhere.

After closing out his victory, Griffin immediately burst into tears as he was joined on the Golf Club of Houston's 72nd hole by his girlfriend, and they kept flowing right through the winner's press conference.

Griffin, 31, had a lot of people to thank, starting with Steve Prater, who became like a second father to him after Griffin's dad, Michael, died when Lanto was 12 years old.

The newest PGA Tour winner summed it up perfectly on Twitter: "Cutting checks and cutting onions."