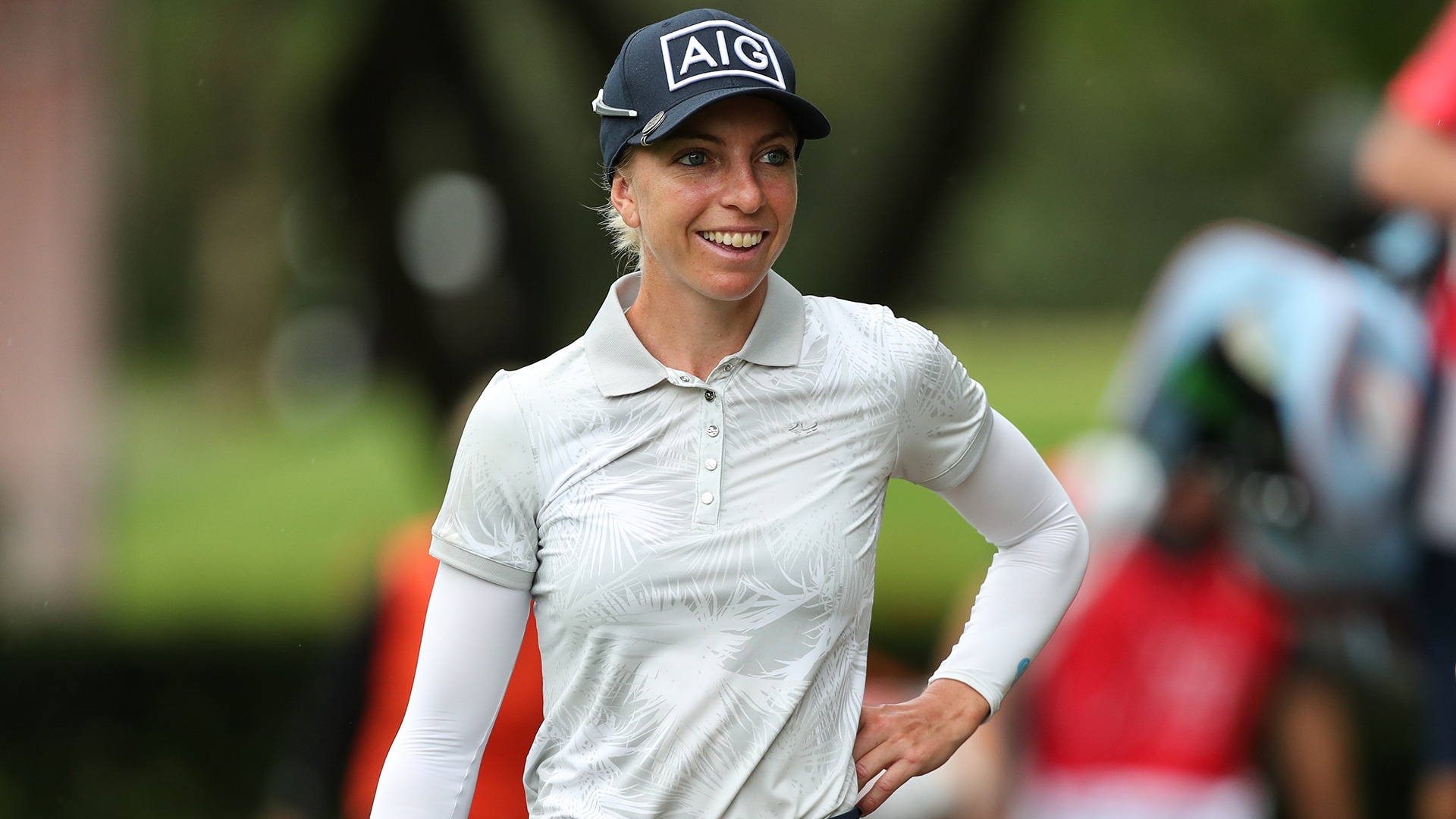 As her fellow golfers prepared to compete in the summer Olympic games in Rio in 2016, Sophia Popov was lying in a hospital bed.

Her hope of representing Germany in golf’s return to the Olympics had slipped away over the past year. She spent three weeks in hospitals as her weight and health deteriorated. Popov underwent three surgeries to treat an unknown illness that, in 2017, was eventually diagnosed as Lyme Disease.

“I was so bummed I couldn’t be on that team,” Popov said. “It drifted further and further away from me, that dream.”

Thinking back, tears welled up in Popov’s eyes, even five years later. She often wondered if she’d ever be able to play golf again. But she also realized that due to the physical and mental anguish she was feeling she had seeped into a deep depression.

Popov’s diagnosis in 2017 gave her hope that she’d one day be able to play again. And that glimmer of possibility gave life to what had become "a far-fetched dream" as she set her sights on qualifying for the 2024 Olympics in Paris.

It was Paris or nothing for Popov.

The possibility of competing in Tokyo in 2020 seemed unrealistic.

“I knew if it was last year, I wouldn’t have made the team,” said Popov.

Popov is a firm believer that everything happens for a reason. It’s a perspective that’s much easier to digest given the success she’s had in the last 12 months. The dream she saw slip away in 2016 has become a reality in 2021 – in part because of a once-in-a-century pandemic – as Popov prepares to represent her country for the first time at the upcoming Summer Games in Tokyo.

“I want to relish every moment that I’m there,” said Popov. 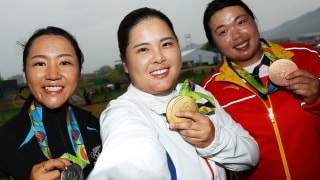 When Olympic qualifying was originally slated to be finalized in June 2020, Popov was ranked No. 370 in the Rolex Rankings. She had zero chance of securing one of the two qualifying spots on the German team. But then the pandemic happened, and the Olympics were postponed a year. That alloted Popov more time.

When the LPGA resumed in July 2020, Popov didn’t have a tour card. She was playing on the Symetra Tour but managed to snag a spot in the field at the Marathon LPGA Classic. She didn’t have a caddie and walked with a pull cart.

Popov finished tied for ninth to become one of 10 players to earn a spot at the AIG Women’s Open.

And then the unthinkable happened: Popov won the Women's Open, not only her first major title but her first LPGA win. She made the biggest leap ever in the history of the Rolex Rankings with her victory. She soared from No. 304 to No. 24 and became the top-ranked player from Germany.

“It all kind of fell in place so nicely for me that it just reiterates the fact that everything happens for a reason,” Popov said. “It’s just been a crazy big dream, all of it to come true within a year.”

The opportunity has been all the more special given her family’s ties to the Olympics. Both Sophia’s mother, Claudia, and brother, Nicholas, swam competitively. Her mother qualified to represent the U.S. at the 1980 Games in Moscow, but the Americans boycotted. Nicholas, who swam at the University of Arizona, narrowly missed out on qualifying for the London Olympics in 2012.

(Because of COVID-19 protocols, parents and siblings are not permitted to attend the Olympics in Tokyo. Popov hopes she’ll be able to qualify again in Paris in 2024 so that her family can watch in person.)

When her mom found out that Popov had qualified, she had an idea.

Like her mother, Popov also intends to get a tattoo to commemorate her first Olympics: the Olympic rings, in color, likely on one of her ankles, and small. It will be her first tattoo.

“I would never get a tattoo, unless it’s the Olympic rings,” Popov said. “I’m just going to have to probably have a few drinks before I go and then hopefully find a good spot and a really good tattooist.”

Much has changed for Popov over the last year. She won her first major championship, qualified for her first Olympic Games and will soon have her first tattoo. While the timing of it all was far later than she had hoped – delayed by a mystery illness that ate away at her body and her spirit – the experience granted her with a new perspective.

Popov has become hyper vigilant about her diet. She does expensive research and shares it with her friends and family about the best foods to buy and grow. Her No. 1 priority is maintaining her health.

With that, Popov is living proof that anything is possible – in its time.

“It’s almost like something had to happen to make me realize golf isn't everything,” Popov said. “Health is so much more important. My family is more important. I could quit today and I would know I had all these other things and I’d be just as happy as if I would still be playing....”

“It’s nice to know it was all worth it in the end. I just had to wait a little bit longer.” 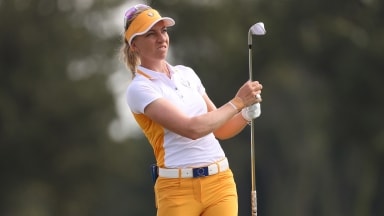 Popov back at Inverness, this time without a bib

The last time Sophia Popov was at an LPGA event at Inverness Club, she was caddying for Anne van Dam. This time it's Popov, and not van Dam, playing a Solheim Cup there. 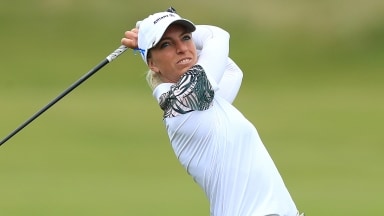 Sophia Popov's mother and brother came close to competing in the Olympics. She can now represent her family and country. 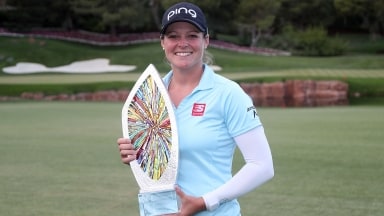