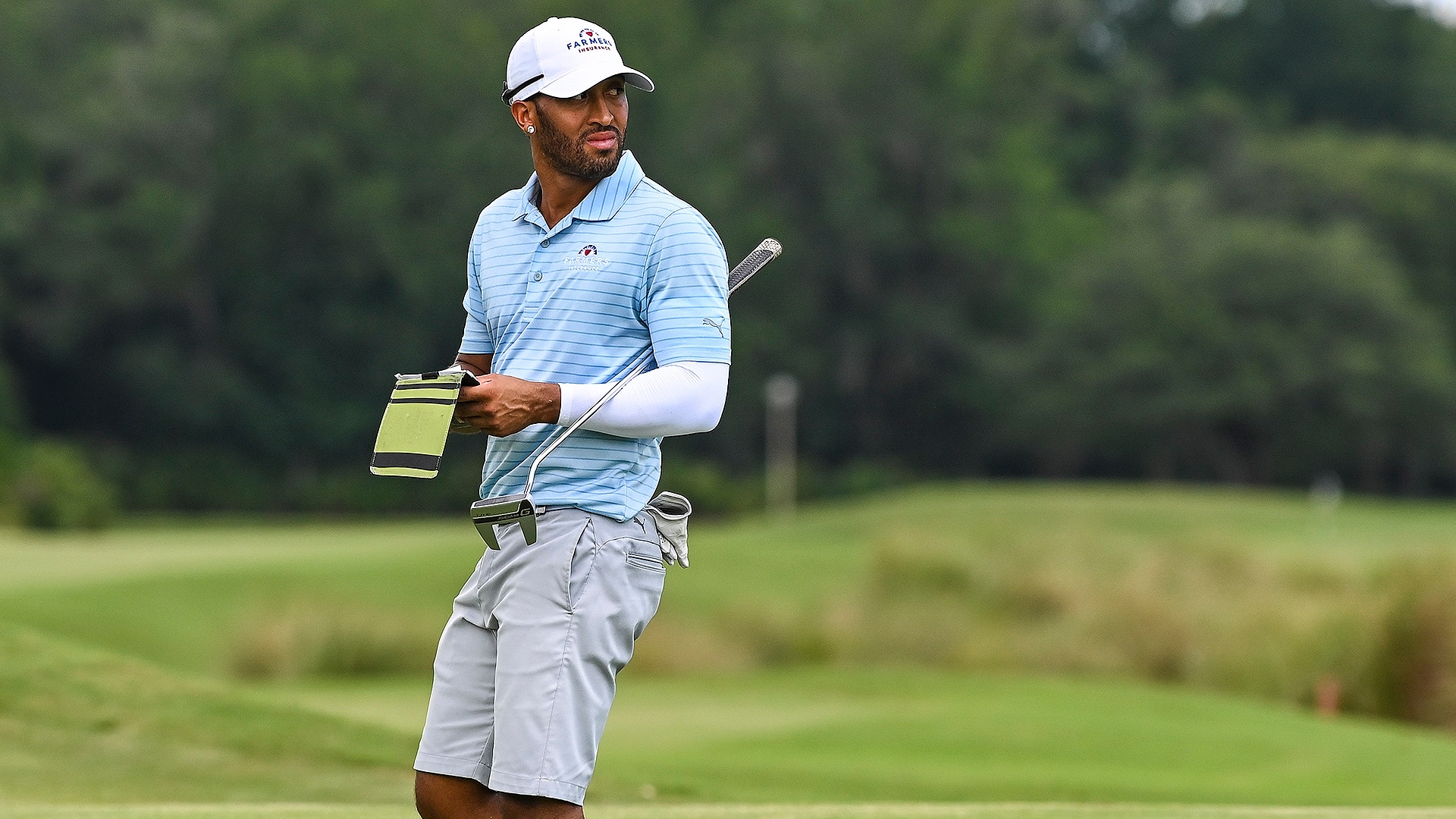 Flat tee boxes, greens that aren’t pockmarked with maintenance holes, oh, and a roof over his head, all highlight his reasons to be grateful as he prepares for his first start on the PGA Tour at the Farmers Insurance Open.

“It's just an amazing opportunity to get out here for my first PGA Tour event and get the week started,” Mack said Wednesday at Torrey Pines.

When the road to the Tour is as fraught as Mack’s, perspective comes easily, but his breakthrough into the big leagues comes with a very real lesson in humility and grace. Mack learned Tuesday afternoon that the sponsor’s exemption to play this week’s event that had originally gone to Kamaiu Johnson would now be his after Johnson tested positive for COVID-19 and was forced to withdraw.

Mack didn’t need sympathy to understand how devasting the withdrawal must have been for Johnson, who was also scheduled to make his first Tour start. He’s lived it.

“I know it's a dream come true for both of us to get our first two starts the next four weeks and it's just an unfortunate situation,” Mack said. “I'm friends with Kamaiu, so I talk to him all the time, and I know he was so excited to play this week and I was cheering him on. I'm just going to go out there this week and not only play for me, but also play for him.”

It’s been an eventful few days for Mack. Last week he was given the Charlie Sifford Memorial Exemption into next month’s Genesis Invitational that came courtesy of the game’s best hype man: “Willie learned to golf with his dad just like I did and those are memories that will last forever. I am excited to see Willie make another lasting memory when he tees it up at Riviera,” Tiger Woods said in a statement.

“Willie has endured through difficult times off the course the past few years and I know Charlie would be proud of how he has stayed focused on achieving his dream.”

Since 2009, the Sifford exemption has been given “to a golfer representing a minority background,” but Mack’s tale goes much deeper than a general desire to increase diversity in the game.

Mack won 11 times while at Bethune-Cookman University and in 2011 he became the first Black player to win the Michigan Amateur. What his resume doesn’t depict is how demanding and demoralizing professional golf at the mini-tour level can be.

“It's always a struggle kind of starting out, having no sponsors,” he said. “It started out pretty good that first year [2011] - I won the money list on the Florida Pro Tour, I made the second stage [of Q-School]. I kind of got into a little groove of, maybe this is easy.

“Then the next two or three years after that, it was a struggle. I left home that summer and I told my dad I was going to go to Florida. I had no money. It just turned into a hassle and a struggle, but I just kept fighting and I'm here today.”

And, yes, he lived in his car for about a year and a half. But Mack never gave up on his dream of playing the PGA Tour even as the 32-year-old became mired on various mini-tours with varying degrees of success.

He was named the 2019 Player of the Year on the Florida Professional Golf Tour and has become a regular contender on the Advocates Pro Golf Association Tour, which was created in 2010 with the goal of preparing Black players “to compete and win at the highest level of professional golf.” It was last year at Torrey Pines when Mack and Johnson met Farmers Insurance CEO Jeff Dailey during a media availability prior to an APGA event on Saturday on the North Course. Dailey was so inspired by their stories and perseverance he signed both players to endorsement deals.

“He changed both of our lives for our career, and what he's done for the diversity of the game, putting me and Kamaiu on board, it's been amazing,” Mack said.

After college, the Flint, Michigan, native moved to Orlando, Florida, to chase his mini-tour dream and he tells a familiar story of how life is different on Tour.

“Just the basic little chips around the greens, having flat tee boxes, it makes just a normal shot a lot easier,” he said. “Playing on greens that are bumpy, aeration holes, it's tough, but playing plush fairways and greens and having thick rough, it's exciting to play on and it's a great test.”

Mack knows his start this week at Torrey Pines and next month at Riviera aren’t the end of the journey, but rather marks a new beginning for a player whose particular path hasn’t exactly been welcoming. He’s hopeful these big league cameos are the first of many. But if not, the goal remains the same.

“I just never quit," he said. "My parents always taught me, if you start something, you finish it."