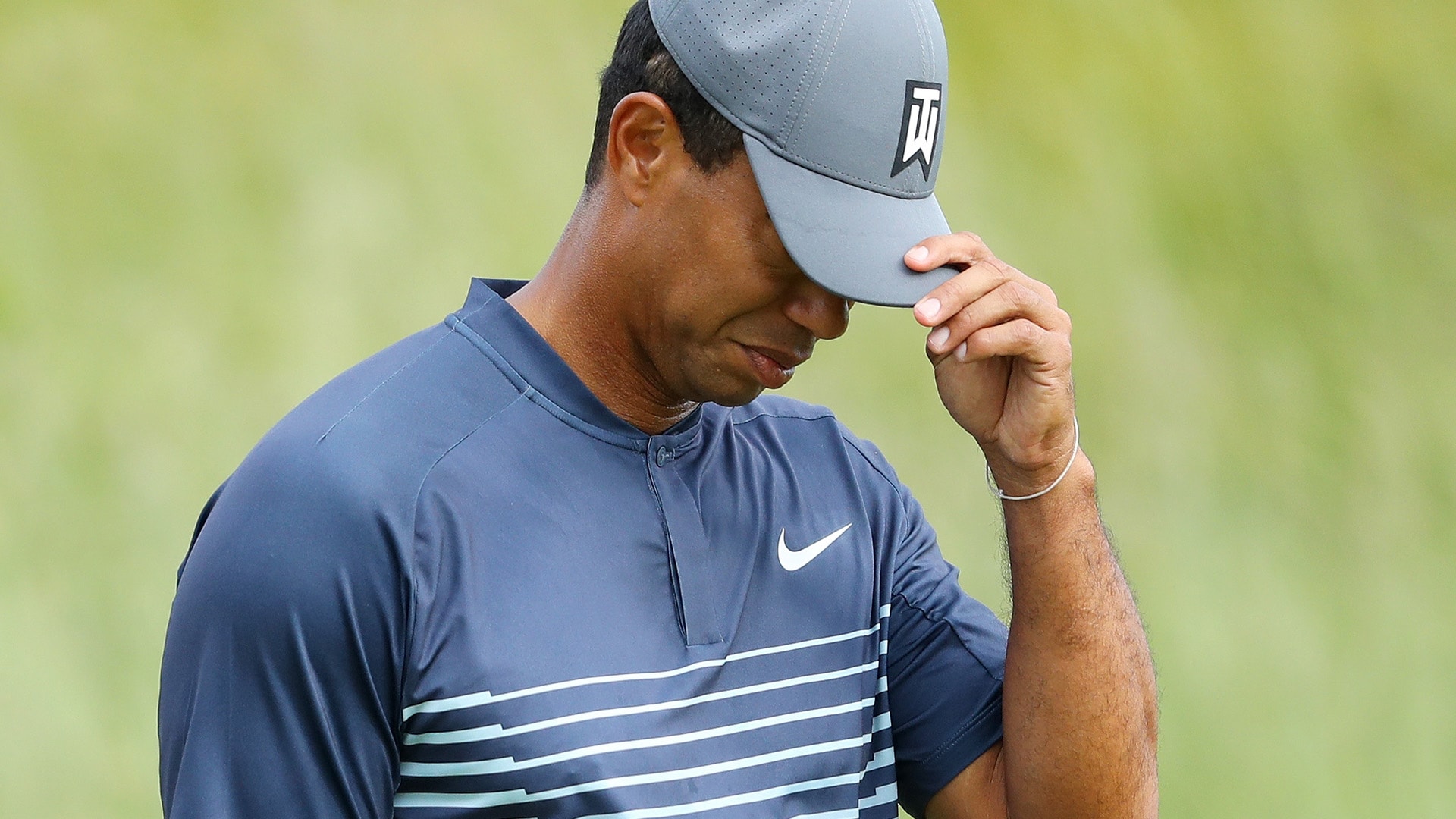 SOUTHAMPTON, N.Y. – Tiger Woods’ U.S. Open began with a triple bogey and didn’t get much better after that. Here are my thoughts and observations after a rough opener at Shinnecock:

• It’s already over after Day 1. Sucks to type that, but it’s true. Tiger shot 78. He’s nine back of Dustin Johnson. Seven back of Justin Rose. Seven back of Henrik Stenson. Major No. 15 ain’t gonna come this week.

• Playing the weekend is the goal now. It’s the top 60 and ties, not the 10-shot rule, so Woods needs to go out in the morning and shoot something around even par to see the weekend. Otherwise, he can fire up the dinghy.

• In his first U.S. Open start since 2015, Woods began with a triple from the middle of the fairway. With only 135 yards to the hole, he airmailed the green with his approach, slapped it around from there and walked off with a 7. He followed it up with a bogey on 2. Just like that, he was 4 over par and reeling.

• Woods did well to hang in there for a while. He appeared in reasonable shape until he went double-double – good at In-N-Out, bad at Shinnecock – on Nos. 13 and 14. The 13th was grisly. He four-putted from about 40 feet, including three misses inside 6 feet. His putting issues might officially be a thing.

• Yep, it’s the fourth event in a row that Tiger has putted poorly. Is it his stroke, ball position, posture, line or speed? Not sure at this point. All I know is that it’s not pretty, and he’s squandering a few months of good ball-striking.

• Tiger thinks that Thursday’s opening round will be the most difficult of the week to score. He’s probably right, since it’s not supposed to blow like that again, but the course will only firm up over the next three days and he’ll need to be even more precise. If he shoots something in the 60s on Friday – a tall ask, perhaps – then he can still salvage a decent finish. There are a lot of points (Ryder, FedExCup, OWGR) to play for this week.