Woods, Langer display genius in the way they whipped the yips 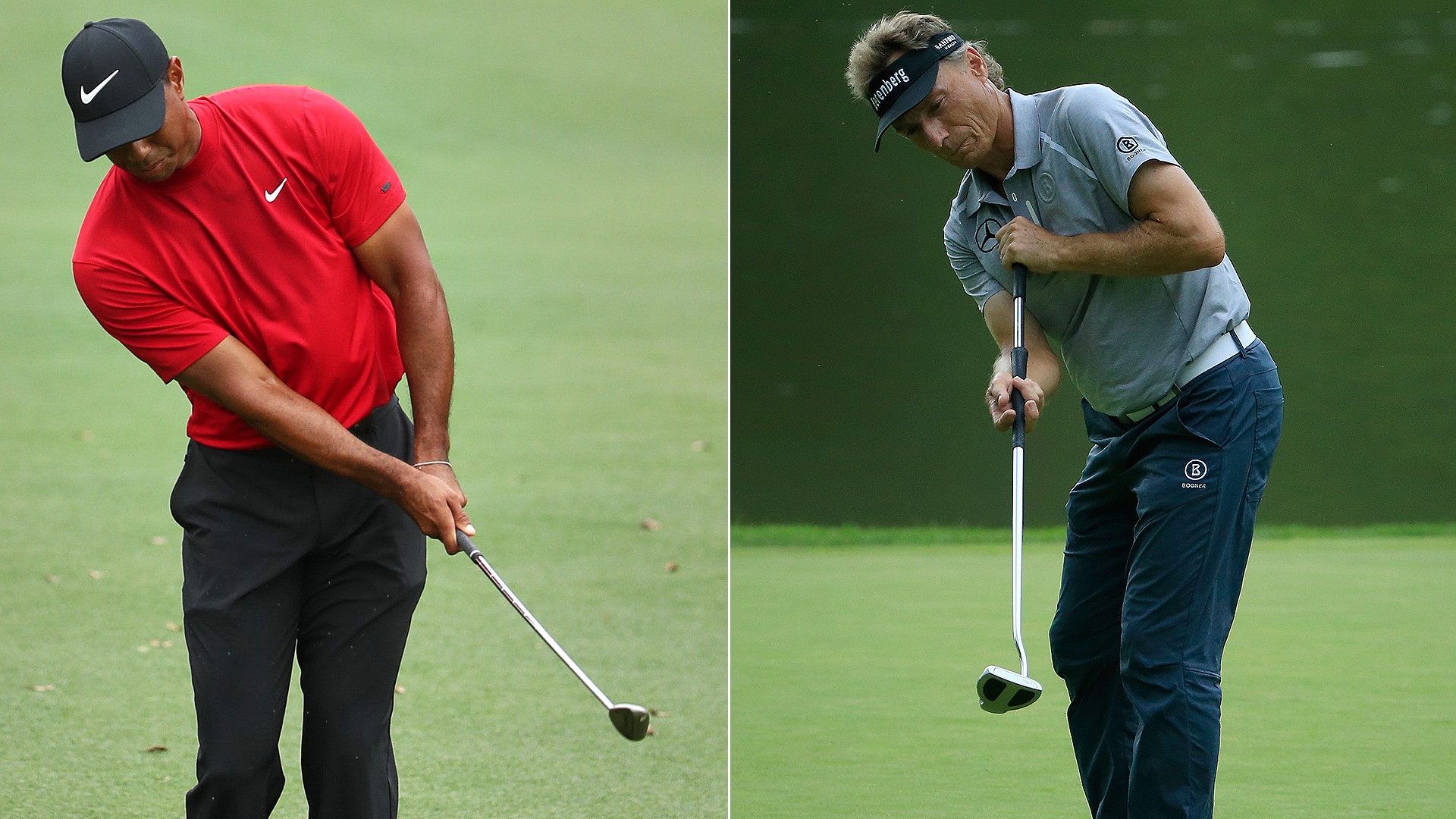 Other than Tiger Woods’ recovery from his catastrophic chipping problems – of which there was previously no known cure – the most mystifying phenomenon over the last few seasons has been Bernhard Langer’s ability to keep playing as if he has recouped the past. No one needs to be reminded of time’s violence, which inevitably takes a scythe to life’s harvest, or in the case of athletes, one’s talent. For gray-haired professional golfers on the senior circuit, around ages 55-57, the future held only decline and decrepitude. Until Bernhard Langer came along.

There are two fitness trailers that travel with the PGA Tour Champions events: one with several therapists ready and able to perform minor miracles all day and the other for warming up and working out before and after rounds. What Langer has been doing on the golf course has a lot to do with what he does in these trailers where he can be found a couple times a day. Having played a few events this year I’ve seen his dedicated stretching and strengthening routines firsthand and it is every bit as impressive as his golf shots. He couldn’t do what he does if his body let him down, but there are many ways of getting strong: working out is one, thinking is another.

Langer has, several times in his career, shown his strength of mind in overcoming bouts of the putting yips to win twice at Augusta National, the most neuro-pudding inducing, nerve-wracking venue in all of golf. Ironically enough where Woods won there this year. These two men, besides possessing obvious physical skills, have other gifts that are opaque to our understanding. 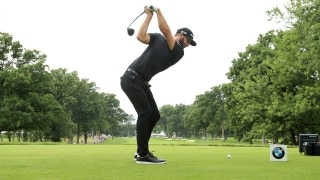 In the latest Brandel Chamblee Podcast with Jaime Diaz, Chamblee and Diaz talk about the great distance debate.

Overcoming the putting yips has been done with limited success on the PGA Tour. Johnny Miller won at Pebble Beach in the 1994, frantic that he would miss the one-and-a-half-foot putt at the last. Orville Moody looked as if winged bats might fly out of his head as he struggled to two-putt from 20 feet to win the 1969 U.S. Open. And Ben Hogan only won once, the 1959 Colonial National Invitational, after he started having difficulty getting the putter back. Langer has had the putting yips off and on for his entire career and he’s won 114 times. And counting.

Other than Woods I can think of no other professional player in history similarly afflicted with the inability to hit short shots who firstly overcame the throes of that affliction, and then went on to win a major championship. There are many who now are quick to say that Woods did not have the chipping yips, that what we saw was the result of him trying to deal with delicate shots while dealing with the excruciating pain coursing through his body. Maybe so, but that doesn’t change the fact that he was yipping chips, which may well be different from having the chipping yips on some esoteric neurological chart. But anyone who has ham-handed his way around a golf course for any period of time can sympathize with the psychological damage left in the wake.

And yet there, Tiger was on Sunday of this year’s Masters just short of the 18th green with the type of shot that, not long ago, conjured apocalyptic pronouncements. He then played the shot with the touch of a saint’s confession.

To play the game the way it was meant to be played takes talent and attention to detail. But to play the game in a way that reveals possibilities previously unknown – be it overcoming the yips or time’s violence – requires more than talent and imagination; it requires a capaciousness of imagination that is usually described by the word genius. The highest praise of genius is original invention. Nobody before Tiger won four majors in a row or made 142 consecutive cuts. Nobody before Tiger overcame so much to win another major at 43 years of age. Nobody before Langer overcame the putting yips to win so prolifically. Nobody before Langer has been able to so successfully avoid time’s wrack and win so often after turning 60.

To say that these two men are exceptional misses, by a wide mark, the origins of their excellence, which is not an exception, it is a prevailing attitude.