Woods focused on Zozo finish, locked in on capturing win No. 82 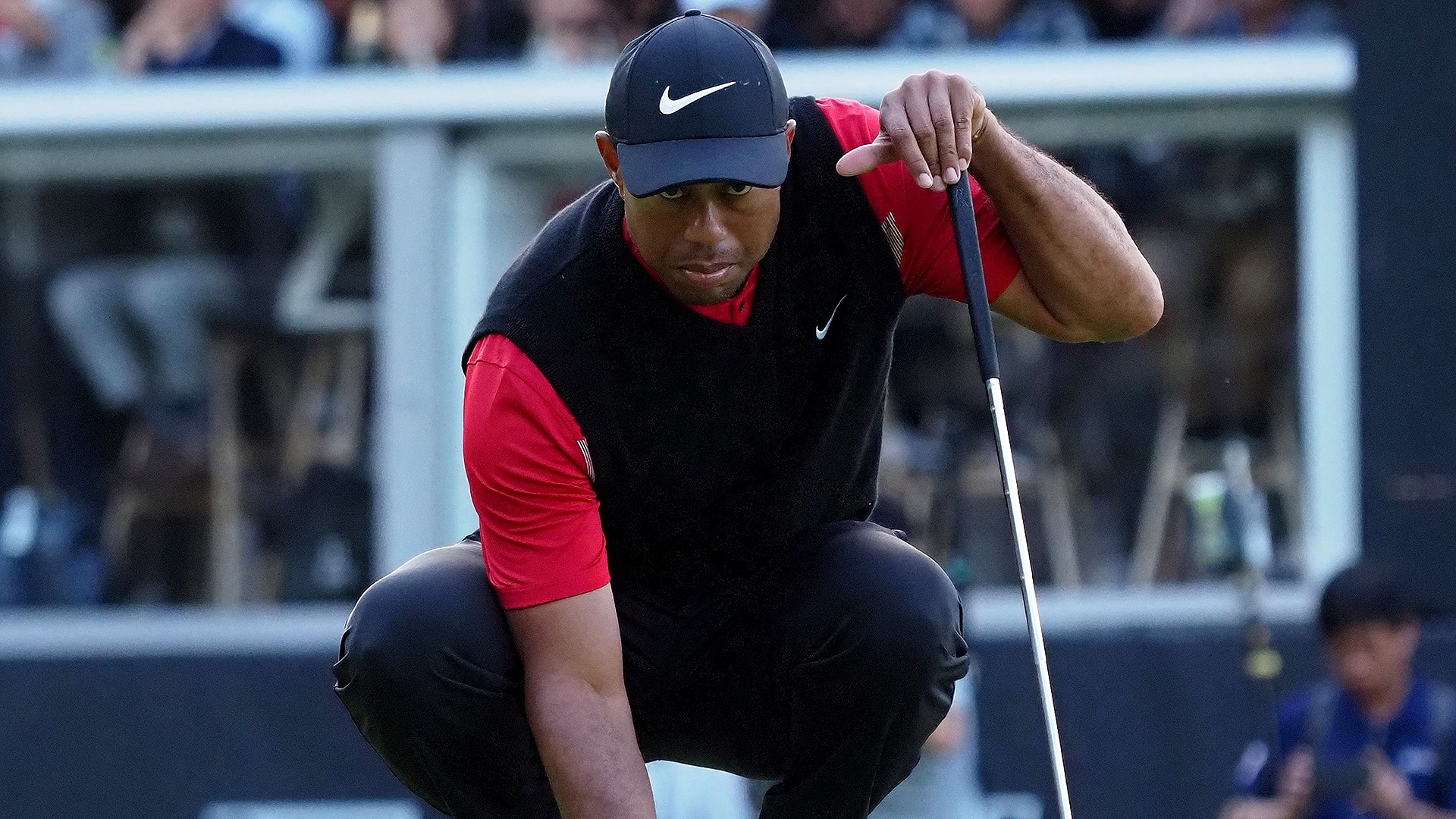 CHIBA, Japan – For the better part of the last two decades the golf world has fixated on a single number when it came to Tiger Woods – 18. That was the immortal line in the sand that Jack Nicklaus set. That was the benchmark by which truly great careers are measured. That was what drove Woods through injury and indifferent play.

When Woods won his 14th major at the 2008 U.S. Open at 32 years young it was a forgone conclusion that he'd break Jack's mark. The way Woods was going, the record would be his before the end of the decade and he’d be well on his way to establishing a new Grand Slam yardstick.

The broad strokes of what followed are golf lore.

Injuries began to impact every aspect of Woods’ life and he started a professional and personal spiral that took him more than a decade from which to fully recover. During that time his chances of catching Jack went from assured to absurd.

It might have been Nicklaus’ major resume hanging on the wall of Woods’ childhood home in Cypress, Calif., but as Tiger matured and evolved and began to apply the same process-not-outcome logic that makes him such a singular competitor it changed his outlook.

Along the line, 18 was overshadowed by 82, as in the record number of PGA Tour wins by Sam Snead.

“To kind of get to the 80 mark is a big number. Sam is still ahead of me. I've still got, I feel like, a chance to play some more golf and maybe I'll keep chipping away at that number and maybe surpass it,” Woods said last fall when he ended a lengthy title drought at the Tour Championship. “What I've dealt with, I've gotten lucky, to be honest with you. I've gotten very lucky.”

No. 81 came six months ago at the Masters, when he also moved to within three Grand Slam wins of catching Nicklaus in the major race and prompted prisoners of the moment to announce Jack’s record in peril, again.

But if we’ve learned anything from 2019, it’s that Woods’ competitive fortunes are relentlessly tied to his general health. He won at East Lake and Augusta National when he was feeling good and struggled with an ailing left knee on his way to an early exit from the playoffs and not a single top-10 finish after June.

He returned this week following off-season knee surgery looking renewed, and after starting the inaugural Zozo Championship with three consecutive bogeys, he's played the rest of the way in 21 under par for a commanding three-stroke lead with just seven holes to be played Monday. 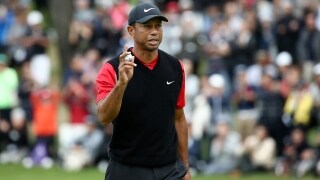 At 43, we can all agree this isn’t the same player who won a U.S. Open by 15 strokes, but what he’s accomplished this week through weather delays and wild starts feels vintage.

By the time he signed for a third-round 66 on Sunday, he’d moved three strokes clear of favorite son Hideki Matsuyama. Following a quick bite and wardrobe change he set out for the final round with three birdies through his first six holes and was five strokes clear before the turn.

Matsuyama ignited the crowd with back-to-back birdies to trim that advantage to three strokes, but that did little to keep this from having a foregone feeling.

In Woods’ prime, those on the receiving end would call it a prevent defense - build a lead and flex while the field scrambles to catch up.

“I figured if I stayed where I was at [to start the day], I was not going to have the lead.  I had to make birdies,” said Woods, who was through 11 holes when darkness halted play. “The golf course was soft, it was pretty benign, and I felt like I just had to continue making birdies.”

If Woods’ performance this week has a throw-back feel it’s worth revisiting his ridiculously dominant record as a front-runner. He’s 24-for-24 when he takes a lead of three strokes or more into the final round and 43-for-45 when he has the outright lead. It’s the kind of track record that always made Snead’s all-time victory mark first on Woods’ “to do” list.

This isn’t to say Woods’ gaze never drifted to the Golden Bear’s golden benchmark, but in his regimented world you engage the target in front of you and for Woods that was always Snead’s all-time victories mark. The concept is cut from the same inflexibility that wouldn’t allow Tiger to consider the meaning of victory No. 82 just seven holes from the finish line.

“If I do what I'm supposed to do and get the job done, then I get a W,” Woods reasoned. “I guess that will add up to the 82 number, but my main focus is doing what I need to do to get the W first.”

Slammin’ Sammy was 52 when he won No. 82 in Greensboro in 1965, and he was four years removed from his last victory. Although Snead was wildly successful in his 40s, winning 17 times, the late-in-life victory was very much a surprise.

The only true surprise Monday is that it took Woods this long to reach No. 82.