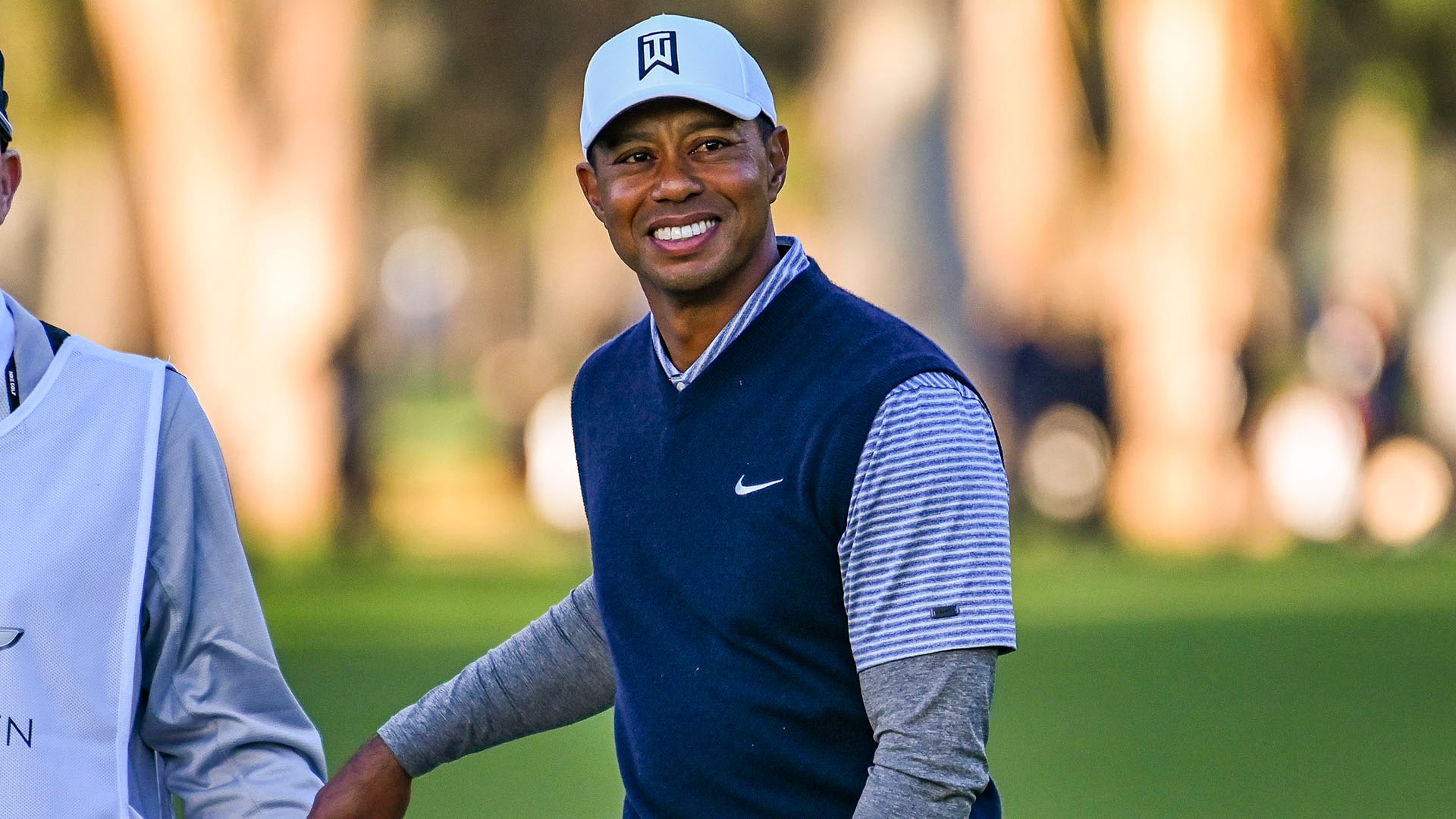 Tiger Woods was seen putting weight on his legs in Los Angeles on Wednesday for the first time since his Feb. 23 car crash with photos first obtained by TMZ.

Woods, 45, was spotted outside a Beverly Hills hotel with his girlfriend, Erica Herman, putting substantial weight on his legs with crutches and even walking a bit.

As a result of the crash, Woods had surgery to repair open fractures in both his upper and lower portions of the tibia and fibula bones in his right leg, which were stabilized by inserting a rod into the tibula.

Last week at the PGA Tour's 3M Open, Rickie Fowler said Woods has been "getting after" the rehab process that Woods said was "more painful than anything I have ever experienced." TMZ's photos affirm that Woods has in-fact been putting in the work during rehab although a return to professional golf is still up in the air.