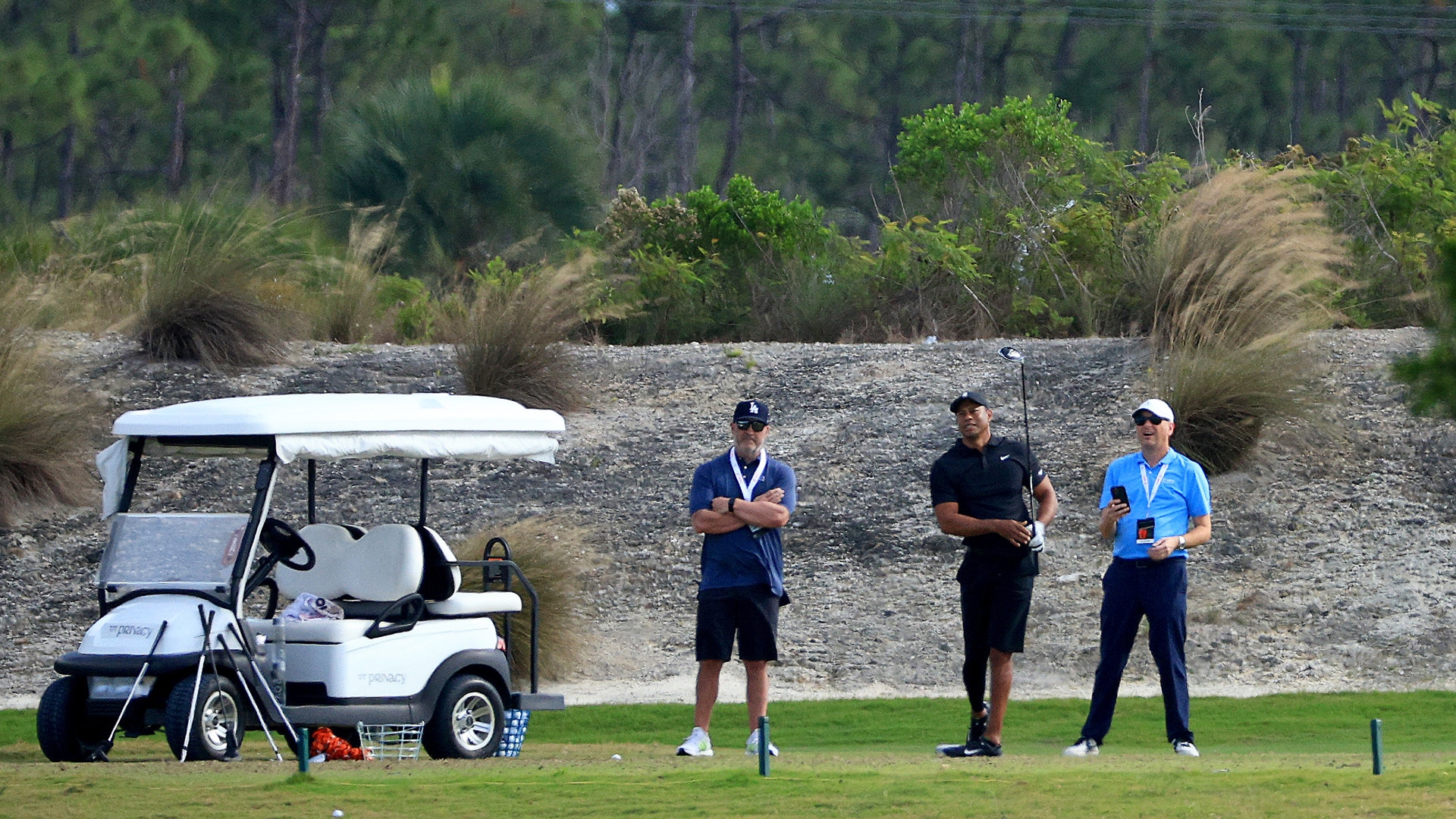 NASSAU, Bahamas – Tiger Woods was back in grind mode Saturday at Albany, where he is the non-playing host of this week’s Hero World Challenge.

Woods was spotted on the practice range shortly after the final group teed off (11:25 a.m. ET), hitting an assortment of clubs, including his driver. He finished the session just before 2 p.m.

Woods didn’t play a PGA Tour event this year following a single-vehicle accident in Los Angeles in February that required multiple surgeries to his right leg.

Two weeks ago, he posted a short video on social media hitting a wedge shot, and earlier this week he was filmed hitting 3-woods at Albany, although he didn’t sound as if he was close to a comeback when he spoke with the media.

“I'll put it to you this way: As far as playing at the Tour level, I don't know when that's going to happen,” he said Tuesday. “Now, I'll play a round here or there, a little hit and giggle, I can do something like that.”

One “hit and giggle” option could be the PNC Championship later this month in Orlando, Florida. Woods played the event last year with his son, Charlie, and tournament officials are holding a spot for him in case he decides he’s ready.

The two-round event would be a good fit for a player like Woods who is recovering from injury. He could ride in a golf cart and could also depend on Charlie to put the team in play off the tee. Golf.com reported this week that Woods will “test it next week and make a call,” according to one person familiar with Woods’ progress.