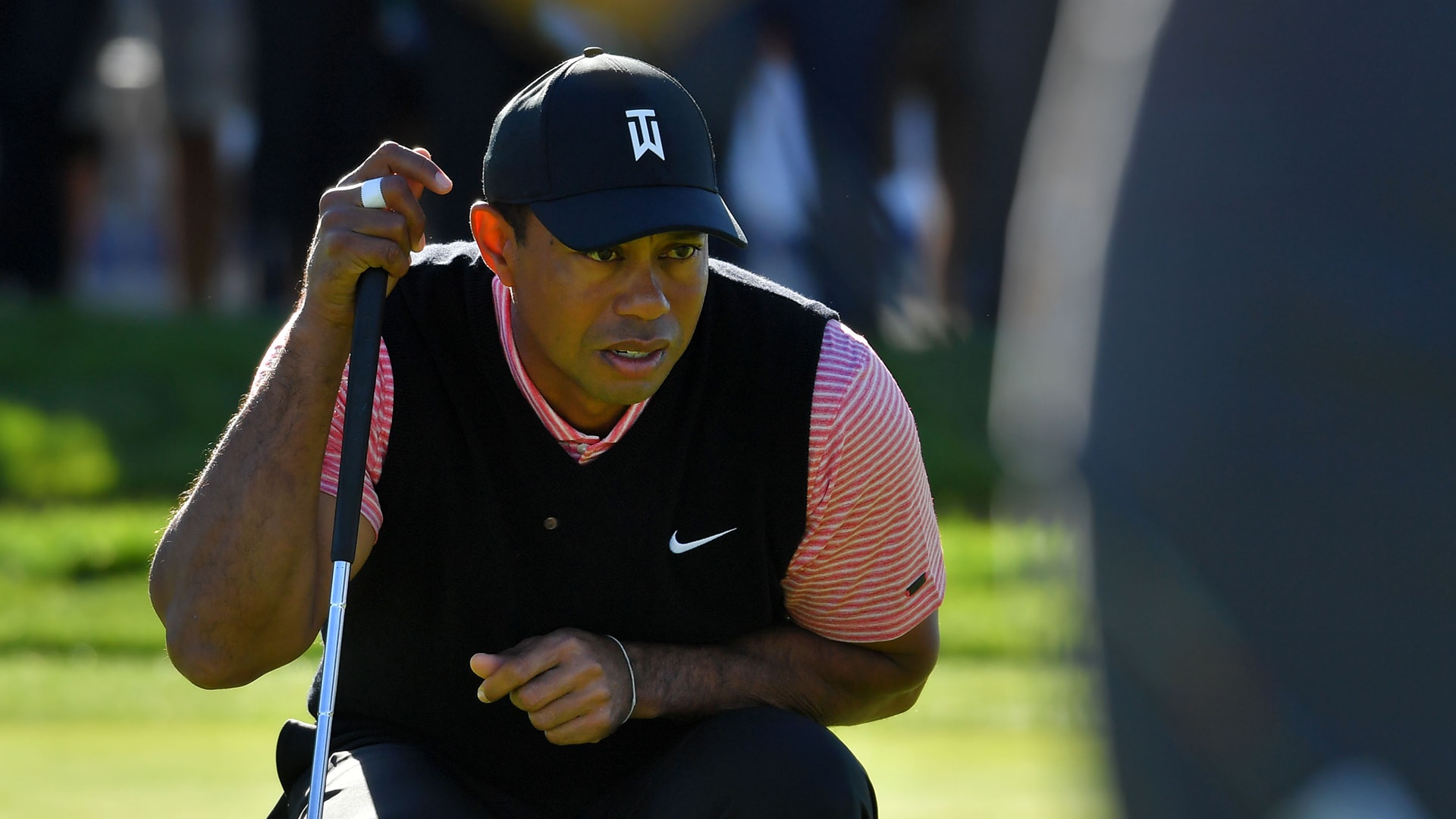 Woods sat down with Fred Couples on GOLFTV Monday before their big Celebrity Cup match at Riviera Country Club - which Woods' team won - and the two legends of the game dished on everything from the beginning of their friendship to wildlife encounters on the course.

But by far the most interesting part of the interview came when the 14-time major champ gave viewers a glimpse inside his (many) superstitions:

Yardage book in the right back pocket - always.

Just carrying a pin sheet? Well that always goes in the front left pocket, with his chapstick, which he always carries there.

He also revealed that he always marks his ball with a quarter from 1932, because that's the year his dad was born.

"He taught me how to putt. So my dad is always there with me when I play," said Woods, whose father, Earl, passed away in 2006.