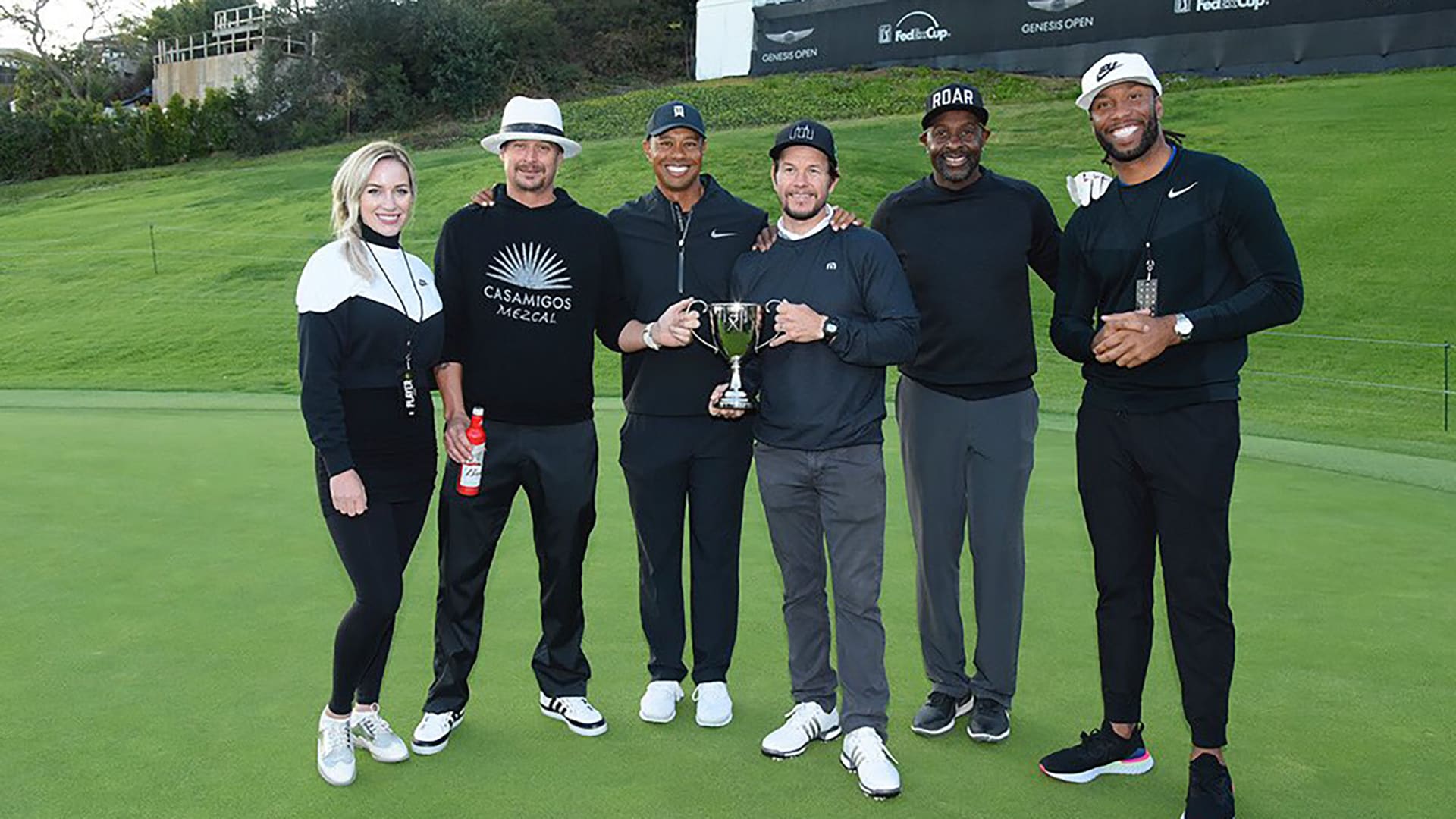 It took 27 years, but Tiger Woods finally stands in the winner's circle at Riviera Country Club.

Woods and Fred Couples captained two teams in the inaugural Celebrity Cup ahead of this week's Genesis Open, put on by the TGR Foundation. While the two mainly served as first tee greeters, Woods' squad took home the win on Monday.

Woods will captain the United States during the Presidents Cup this year in December at Royal Melbourne Golf Club in Australia.