Learn how to make pars when you need them most 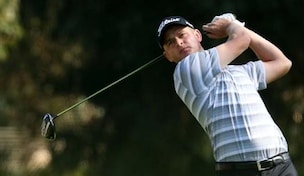 Birdies tend to get all the attention on the PGA Tour and for good reason. Generally, the player with the most of them has the best chance to win the golf tournament.

John Merrick, however, defeated Charlie Beljan in a two-hole playoff at Riviera Country Club to win the Northern Trust Open by paring the last five holes of regulation and then making par on both playoff holes.

It should go without saying that Merrick would have much rather birdied some of those holes than make par, but the fact he didn’t make any bogeys kept him in the tournament.

There are only a few ways to make birdie on a hole, but par can be achieved several ways.

The key is in how you practice:

• It would be nice if we could drain 10-plus-footers all the time on the putting green, but the fact is statistically we won’t. Find your range (most player’s range will be a 3-5-foot circle around the hole) and become proficient to the point where it feels automatic to make putts from that distance. Most players struggle with short putts because they aim incorrectly. Use chalk lines, string, or any other alignment aids to ensure good aim when practicing short putts.

• Eliminate 3-putts to increase your chances to make par. Most 3-putts end up in bogey or worse, so spend more time practicing your lag putting to avoid them. Imagine a circle around the hole that is within your range of making short putts. From different locations and distances on the green, practice getting the ball inside your range to increase your chances for par.

• Chipping is another way we can get better at making pars. It all goes back to being able to get the ball inside your range to make par putts. Chipping a pile of golf balls onto the green alone is not very effective practice. Instead, make your practice more like how you’ll play by grabbing your putter and making the putt whenever you get a ball in your range.