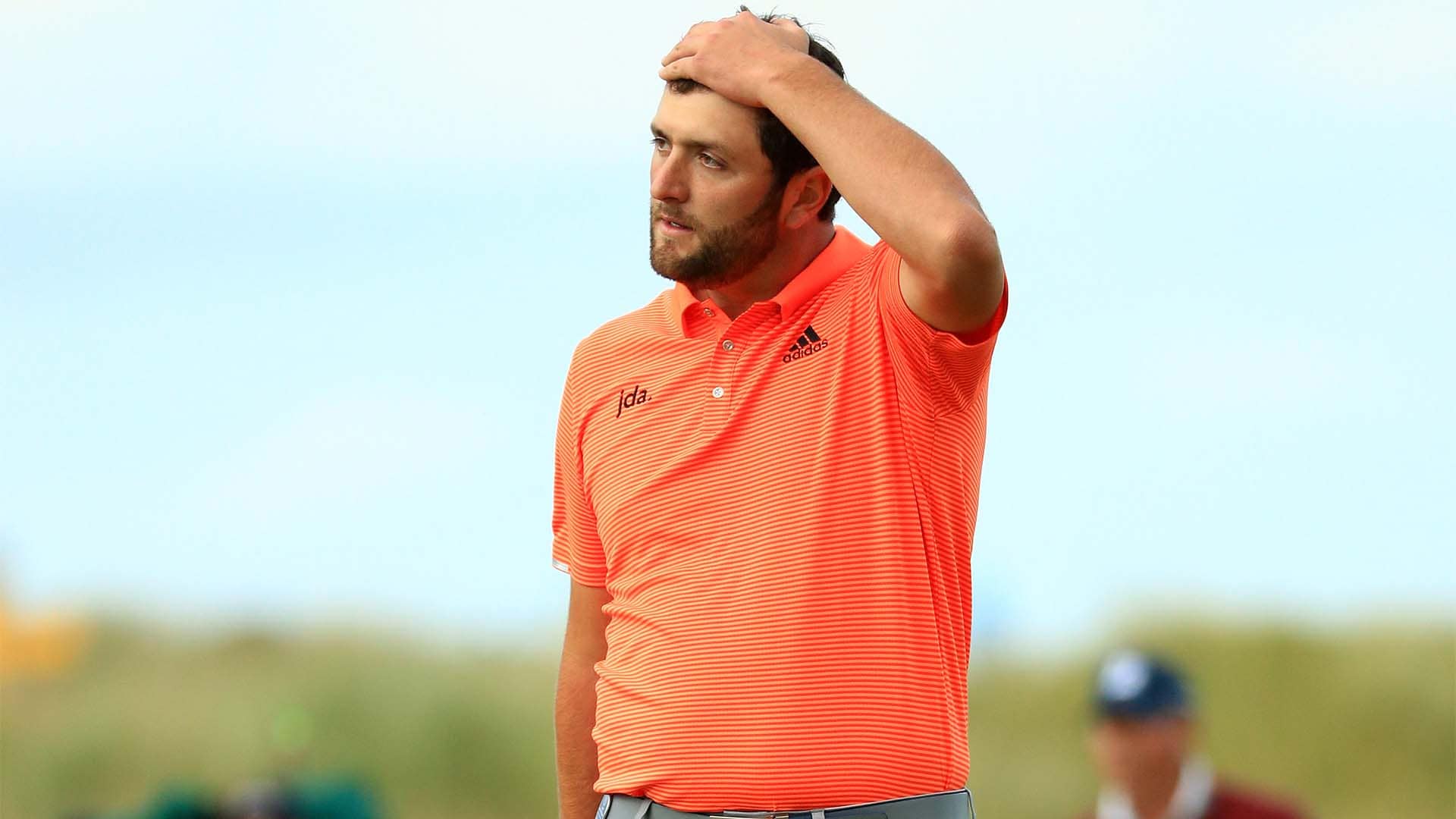 MEMPHIS, Tenn. – Sunday’s charter flight from Northern Ireland to Memphis, which was according to many accounts a raucous ride, arrived around 2 a.m. on Monday and players have been predictably slow to reengage with the day job following last week’s Open Championship.

Practice rounds were limited, range sessions abbreviated and lights out has come earlier than usual as players struggle with the time zone change. This week’s World Golf Championship isn’t exactly a sleepwalk but it’s certainly taken on a subdued tone.

It was always going to be this way, major fatigue driven by the realities of the new PGA Tour schedule. To close out the year, the top players will face a major (last week’s Open Championship), a World Golf Championship (this week in Memphis) and three playoff events in six weeks.

In practical terms, that was Justin Thomas fighting to stay awake past 8 p.m. and not wake up at 4 a.m. It was Jon Rahm, the first-round front-runner at TPC Southwind thanks to an opening 62, skipping practice on Monday and Tuesday and managing just nine holes on Wednesday on a course he’d never played.

“I came [on Wednesday] with the plan of playing 18 holes. I putted and warmed up, and after four holes, I teed off on 10, I was dead,” Rahm said. “I couldn't swing properly. I was really tired, so I just decided to just finish the round of nine holes, eat and just putt a little bit and go, honestly.”

The current schedule crunch prompted some players to skip this week’s World Golf Championship. Tiger Woods, Rickie Fowler, Francesco Molinari and Bernd Wiesberger all opted for rest over reps. Open champion Shane Lowry joined them on the sidelines when his victory celebration gloriously spilled over into this week.

“It was really schedule-related, coming back from here, from playing the week before, playing the Scottish Open, getting ready for this week, my main focus being The Open. And getting two weeks off prior to the playoffs,” Fowler explained at Royal Portrush.

The Tour didn’t have much of a choice when it came to the year-end crush. By essentially cutting a month off the season to avoid playing events during football season, there simply wasn’t room to give players enough flexibility to avoid consecutive weeks on the road and jet lag and fatigue aren’t the only byproducts of this condensed reality.

The PGA Championship’s move from August to May created four consecutive months of major championships and for some, like Justin Rose, it’s going to take some time to figure out.

“One major a month, in my opinion they're too soon,” Rose said last week. “As a professional in terms of trying to peak for something, the process that's involved in trying to do that can be detailed and it can be longer than a month. I also think it's pretty much driven by FedExCup, wanting to finish on a certain date, everything else having to fit in where it can.”

In the long term, there does seem to be some relief. Although the Tour hasn’t released next year’s schedule various sources have suggested that this week’s World Golf Championship, which transitioned from Akron, Ohio, to Memphis this year, will be held next year during the Fourth of July weekend and the 3M Open, which was played in that slot this year, will move to the week after The Open followed by the men’s Olympic golf competition in Japan and the final regular-season event, the Wyndham Championship.

While that’s not a perfect scenario for those headed to Japan for the Games it does give top players a chance to exhale following the major championship season before the start of the postseason.

“I think it would probably be beneficial for the [WGC-FedEx St. Jude Invitational] if it didn't follow a major. WGCs are always going to come second to a major. Whatever major is around is going to have the priority,” Fowler said.

But even if next year’s schedule is adjusted to create a buffer after The Open, players will still be faced with the demanding schedule that for many will probably take a few years to refine.

Historically, players have adhered to the same schedules with only slight variations. That’s no longer going to be the case as Tour types attempt to find the balance between remaining sharp for the biggest events and getting some much-needed rest.

“I know it’s going to be tougher [next year], but if the Tour player is smart enough he’ll plan accordingly for the schedule and I think the majority of the top guys do a really good job at that,” Billy Horschel said. “But maybe some don’t do a good job at that and that’s why they have a discrepancy this year about the majors. We get four weeks between every major, you have plenty of time to take off.”

More proactive planning will certainly help alleviate the fatigue that’s set in at TPC Southwind next year, but it won’t do anything to help this week’s jet lag.

Rory McIlroy knows it’ll take a Herculean effort to chase down Xander Schauffele over the weekend at the CJ Cup.