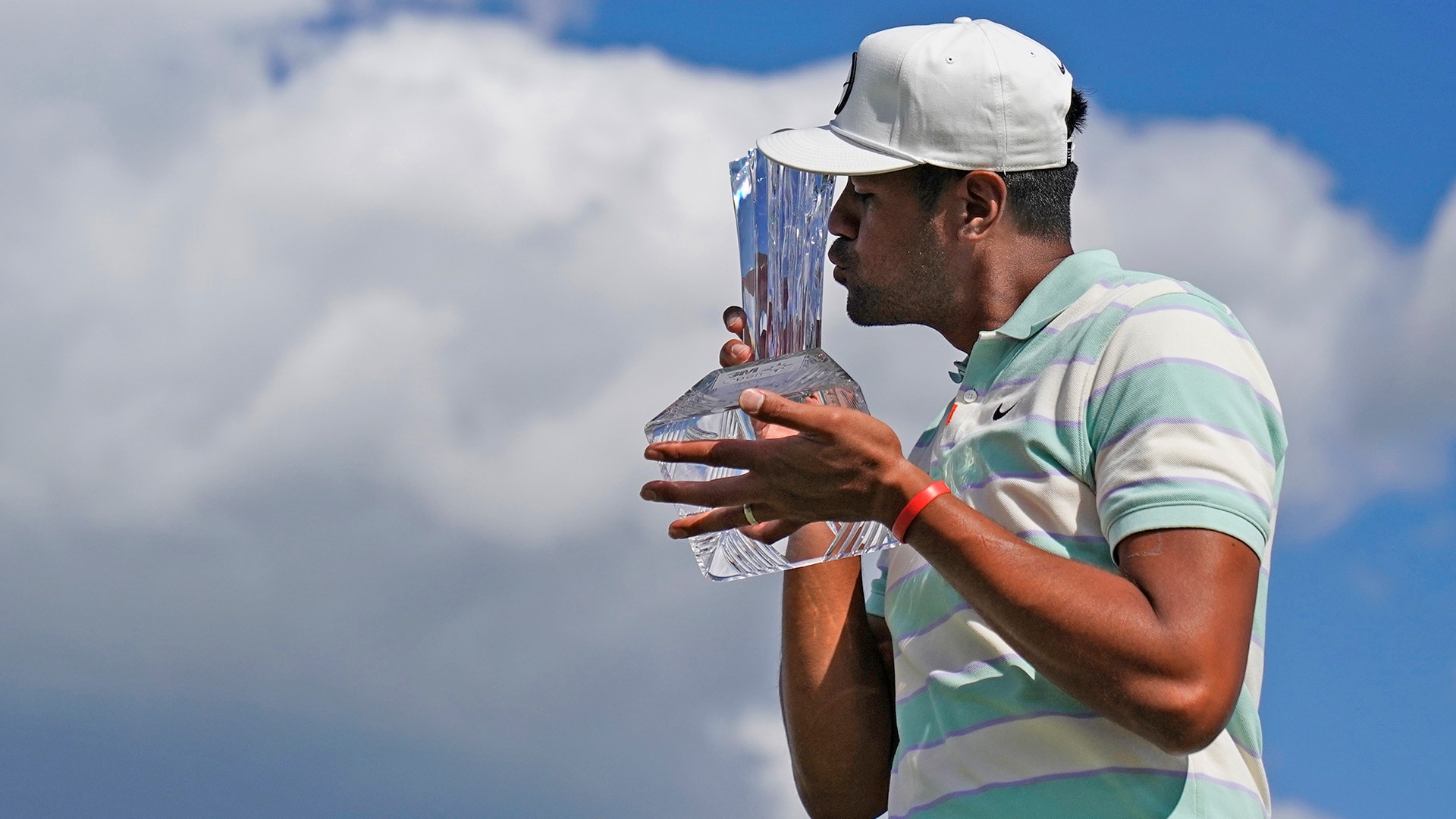 BLAINE, Minn. — After reading he was the betting favorite for the 3M Open, Tony Finau felt the pressure surprisingly mount in his mind as he sought to extend the momentum he has built this summer.

Playing catch-up proved to be the right formula for his third PGA Tour victory.

Finau shot a 4-under 67 to win the 3M Open by three strokes Sunday, erasing a five-stroke deficit with 11 holes left as Scott Piercy tumbled out of the lead down the stretch at windy TPC Twin Cities.

“I expected myself to contend and win again this year, so to be able to do it this late in the season when you’re running out of tournaments and you put that type of expectation on yourself, it’s so satisfying,” said Finau, who finished at 17-under 267.

Sungjae Im (68) and Emiliano Grillo (71) tied for second place. Piercy followed his tournament-record 54-hole score with a wince-inducing 76 to tie for fourth, four strokes back. James Hahn surged up the board with a 65 to match Piercy and Tom Hoge (70) at 13 under.

Piercy bogeyed four of six holes before a triple-bogey implosion on No. 14, allowing Finau — playing in the preceding trio — to take over for good. Gracefully congratulated by Piercy outside the scoring tent, the 32-year-old Finau recorded the largest winning rally in four editions of this event.

“I’m about as good an example as any of how tough it is to seal the deal,” said Finau, whose prior victories were in 2016 and 2021. He has 10 second-place finishes and three thirds. “Anytime you win one, it’s awesome to get the respect of the guys that you’re playing against.”

The strongest support came, naturally, from his wife and five children. They stayed with him in a rented house next to the course and followed him from tee to green. Fishing expeditions and family meals helped Finau keep his mind off his swing when it didn’t need to be there.

Finau made a 31-foot putt for birdie on the 15th green to strengthen his grip on the lead, as he confidently walked the course in his slender 6-foot-4 frame, white hat and aqua-striped polo.

The surest sign this was Finau’s day came on No. 17. His tee shot clanged off the side of the grandstand, ricocheted back onto the green and rolled into the rough — just a few feet from the water. He landed the perfect chip within a foot of the hole to make the par 3, then smiled slightly as he playfully clamped his hand on his chest as if to pretend the sequence gave him heart trouble. 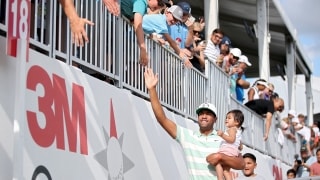 Here is a breakdown of the purse and FedExCup points for winner Tony Finau and the rest of the players who made the 3M Open cut.

On the daunting par-5 18th, Finau found the water off the tee to face one final challenge. But with Piercy looking on from the fairway, Finau made a 3-footer for bogey to seal it. He pumped his fist several times, took off his cap and walked off to embrace his family.

Piercy shared the first-round lead with Im on Thursday after a 65 and pulled away from the pack Friday with a 64 to take a three-shot edge into the weekend. He stretched his lead to four strokes after enduring the 6 1/2-hour weather delay and a painful heel blister Saturday.

That was nothing compared to the grind he found himself in Sunday. He was at 20-under after six holes. Less than an hour later, Piercy was in trouble. After posting only three bogeys on his first 61 holes, he went over par on seven of his last 11. That included the 7 he turned in on No. 14.

Piercy’s tee shot landed in the fairway bunker, and his sand wedge didn’t get him out of the sand. With a risky, last-ditch approach to get back on track, his next try from the bunker splashed in the water short and left of the green — instead of a safer play to the right. After the drop, Piercy hit into the rough. Then his next attempt stopped 3 inches short of the cup.

This was the fourth time in six tries that Piercy held or shared the three-round lead and failed to win the tournament.

Grillo, the Argentine who tied for second at the John Deere Classic three weeks ago, also had a triple bogey that loomed large in the end, a 7 on No. 7. There were 303 balls in the water this week, the most all season on tour.

“Tony pressed really hard on the gas, and he just made it very hard for everybody,” Grillo said. 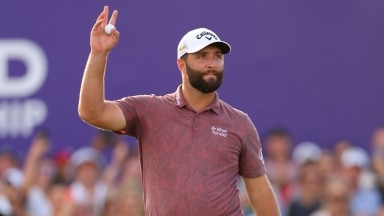 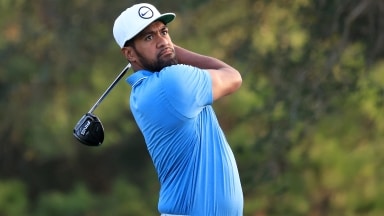 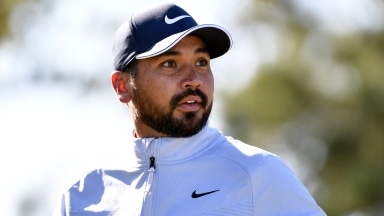