From Tour cards to major invites, everyone playing for something in season finale 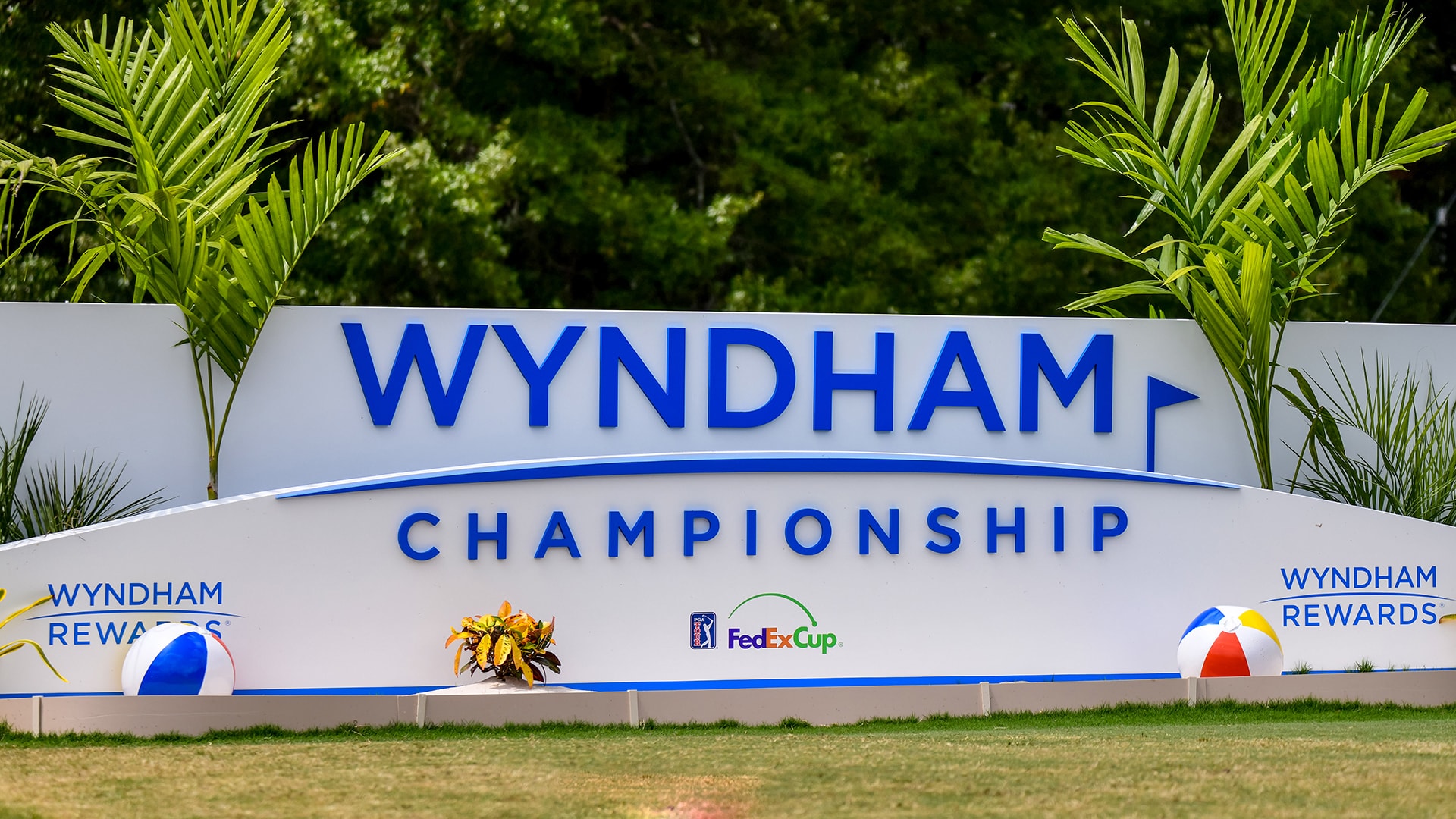 It’s been a test of endurance leading to the Wyndham Championship in steamy Greensboro, where each of the contenders for the Sam Snead Cup has something to play for. Even if the priorities are different among the various contenders, there’s no mistaking that everyone at Sedgefield has an agenda.

Take Byeong-Hun An, the youngest-ever U.S. Amateur winner who captured the European Tour’s flagship event four years ago. He’s winless on this side of the Atlantic, this despite a pair of playoff losses in recent years, and heads into Sunday with a one-shot lead.

“Playing in the final group, that’s what I’ve been wanting to do my whole career,” An said. “Hopefully I can pull it out tomorrow and play my best golf so I can win it.”

An has gone 54 holes without making a single bogey, an impressive feat but also an especially handy stat this week given the thin margin for error in a setting where 20 under might not be enough to snag the trophy. His blemish-free, 17-under total still only puts him one shot clear of perhaps the biggest threat on the leaderboard, Webb Simpson.

Simpson earned his first victory here back in 2011, named his daughter Wyndham a few years later and has become a staple on the Greensboro leaderboards. He’s once again pouring it on at one of his favorite haunts, having gone to school at nearby Wake Forest.

“I wouldn’t be surprised if somebody shot 8, 9, 10 under, a guy who’s within striking distance,” Simpson said. “I’ve got to keep the pedal down, and if I don’t shoot a low one, I’m not going to win.”

Simpson has more than just the trophy to play for, since a top-5 finish would also push him into the top 10 in the lucrative Wyndham Rewards program and add a minimum of $500,000 to an already hefty payday. Joining him in that top-10 pursuit is Paul Casey, the only player among the current top 10 to visit Greensboro this week and a notable name among the tie for fifth at 14 under, three shots off the lead.

“I thought originally at the start of the week, I thought I had 20 (under) in my mind,” Casey said. “So my goal was 5 (under) a day, so I’ve slipped behind that schedule. But I don’t think it’s going to be low enough.”

But at the regular-season finale, the drama drifts beyond the top finishers. Cards and exemptions for next season are at stake, with players moving onto either side of the top-125 bubble with each birdie and bogey. While many of the names shifting near the bubble are already exempt for next season because of recent wins, the same can’t be said of Shawn Stefani.

Stefani is a prototypical journeyman, in the midst of his seventh full season on Tour but still in search of his first win. Three years ago he left Sedgefield in tears after moving into the top 125 to keep his card at the buzzer, and he’s in position to do so again after moving from 134th to 125th in the latest projections.

“Just got to go play my game and play hard. I mean, I’m playing good golf right now,” said Stefani, who will start the final round in a tie for 16th at 11 under. “I’m really not thinking about it too much, truthfully. If I can stay in the moment, focus on what I’m doing, I think we’ll be fine.”

Throw in wunderkind Viktor Hovland (T-5) looking to become the latest recent graduate with a trophy on his shelf, and Brice Garnett (T-2) and Ryan Armour (fourth) both looking to secure their first-ever Masters invites with victories, and the permutations and possibilities run wild.

But no matter how things shake out in the 172nd and final round of the Tour’s regular season, there are sure to be equal parts celebration and heartbreak. It comes with the territory of the final stanza, where wheat and chaff are separated with a ruthless efficiency as livelihoods hang on every shot and putt.

“There’s a lot of great players near the top of that leaderboard,” Casey said. “It’s certainly going to be a fun Sunday. It’s going to be a bit of a shootout.”