Don't forget about Hovland as he eyes Tour card, win at Wyndham 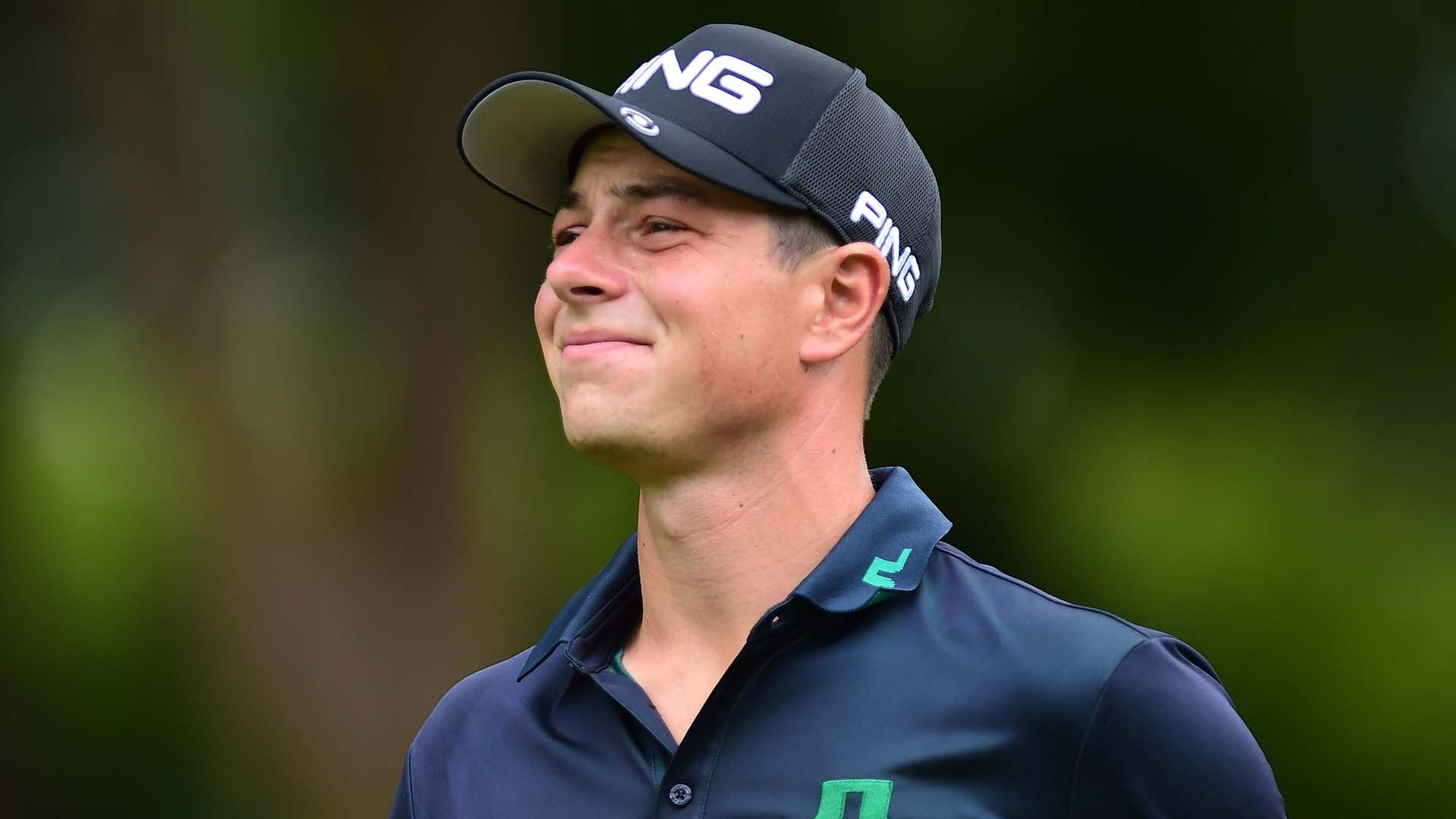 GREENSBORO, N.C. – Viktor Hovland would like to remind folks that the depth of the Class of 2019 extends beyond two of the most recent winners on the PGA Tour.

Hovland was low amateur at both the Masters and U.S. Open this year, the first to pull off that feat since Matt Kuchar in 1998, and he has been quietly solid since turning pro after Pebble Beach with three finishes of T-16 or better. But he’s been somewhat lost in the shuffle with peers Matthew Wolff (3M Open) and Collin Morikawa (Barracuda Championship) snagging maiden victories shortly after turning pro.

Hovland could add his name to their company this week at the Wyndham Championship, where he surged into contention by playing his first seven holes in 5 under en route to a third-round 64 that left him at 14 under for the week. He’ll start the final round in a tie for fifth, three shots behind leader Byeong-Hun An.

“Five under through seven is a good start,” Hovland said. “I was a little disappointed that I wasn’t able to keep that going because I was thinking something special was out there. But after birdie on 18, it was nice to kind of give myself some confidence going into tomorrow.”

Hovland would gain entry into the FedExCup Playoffs only with a win, which would also make him fully exempt on Tour through 2021. But he could also earn his 2020 card with a second-place finish, a result that would allow him to bypass the upcoming Korn Ferry Tour Finals.

For a player who won the U.S. Amateur nearly a year ago, it’s all upside heading into the finale at Sedgefield.

“I try to tell myself that I don’t have anything to lose,” Hovland said. “To be in the spot where I am right now after college, that’s a pretty good spot to be in. I’ll just try to take advantage of it.”