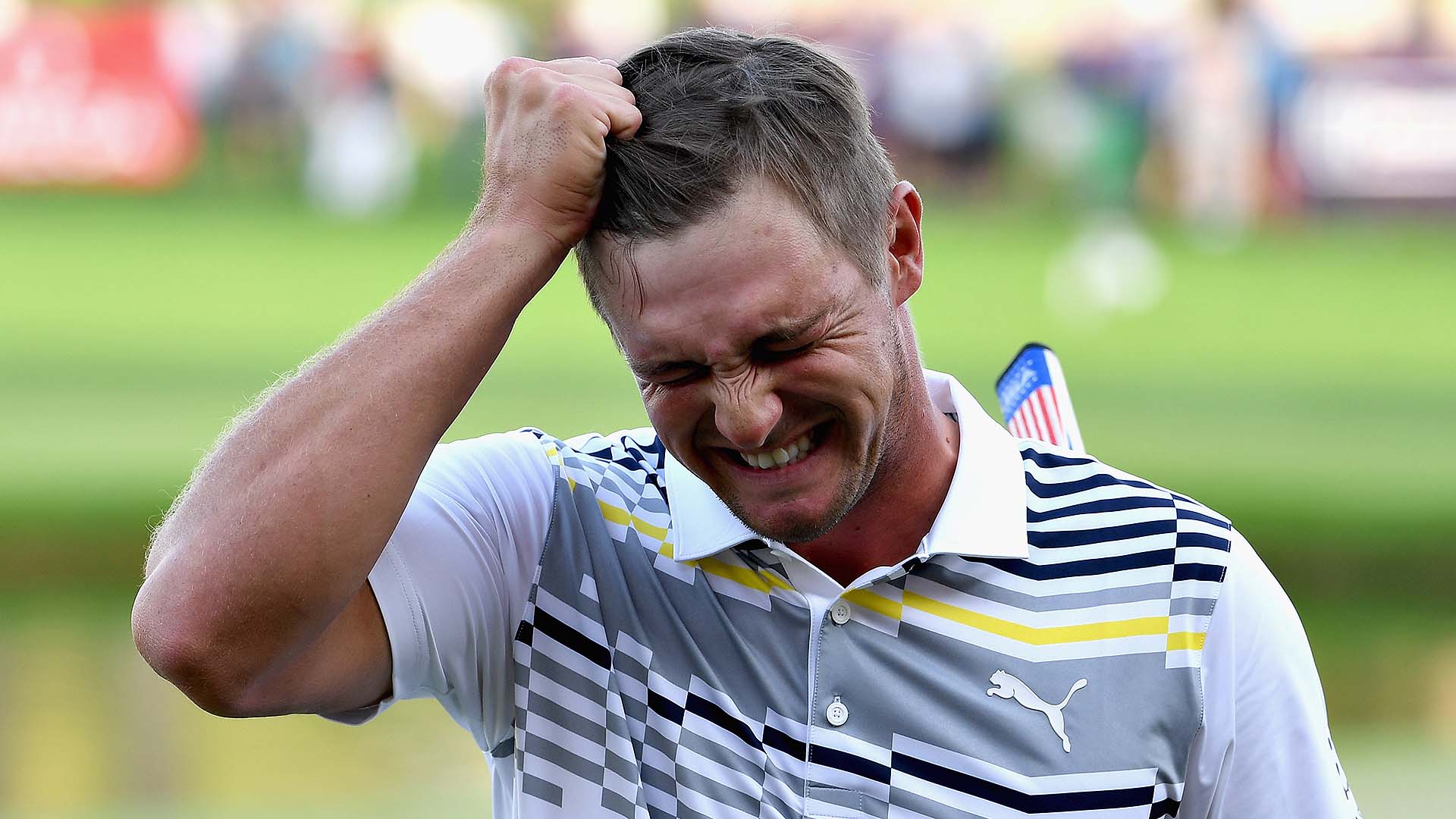 DUBAI, United Arab Emirates - Bryson DeChambeau removed his cap, brushed his hand through his hair and shook his head after tapping in for a par at the last hole.

The American golfer is leading the Dubai Desert Classic after three rounds and closing in on his first victory overseas, but he's still not happy.

''Man, I'm just not 100 percent with my golf game right now,'' DeChambeau said after his 4-under 68 in the third round Saturday, which gave him a one-shot lead over defending champion Li Haotong of China.

Pity his rivals if DeChambeau does get his game back in shape.

Seeking a fourth win in his last nine starts worldwide, the fifth-ranked DeChambeau has shot rounds of 66, 66 and 68 this week and come off the course frustrated every day.

''I'm still leading. It's fantastic. I couldn't be displeased,'' he said. ''But with my expectation levels, and how I know I can perform, I feel like I'm underperforming a little bit.''

Three players who know how to win are leading the chase in the second leg of the so-called ''Gulf Swing'' on the European Tour.

Li shot a third straight 67 and is the nearest challenger to DeChambeau as he looks for back-to-back titles in Dubai.

Els, who is looking to win 25 years after his first victory at the Emirates Golf Club, didn't drop a shot and a left-to-right putt for birdie from 10 feet at the 18th hole gave him some momentum heading into the final round.

Quiros had an ugly end to his round, making double-bogey at the par-5 last after finding the water surrounding the green with his second shot, hitting his fourth shot into thick rough off the back of the green, and then duffing his chip.

Herbert, who shared the second-round lead with DeChambeau, recovered well after receiving a two-stroke penalty for improving his lie in a bunker at the third hole. He grounded his club in the sand and used his wedge to move loose impediments around his ball, with the incident caught on camera. He was only informed about the penalty while walking down the fairway on the ninth hole.

DeChambeau started his third round with five straight pars, and was three shots behind after bogeys at Nos. 7 and 8. A putt for birdie from 27 feet at No. 9 lifted him, and he picked up four more shots coming home.

He is 12 under par for the week on the back nine.

''I know even with not my best, I can get it done,'' DeChambeau said. ''I have done it before. If worst comes to worst tomorrow, I'll figure out a way.''