U.S. Open leaderboard is a beauty through three rounds; is it time to cue the carnage? 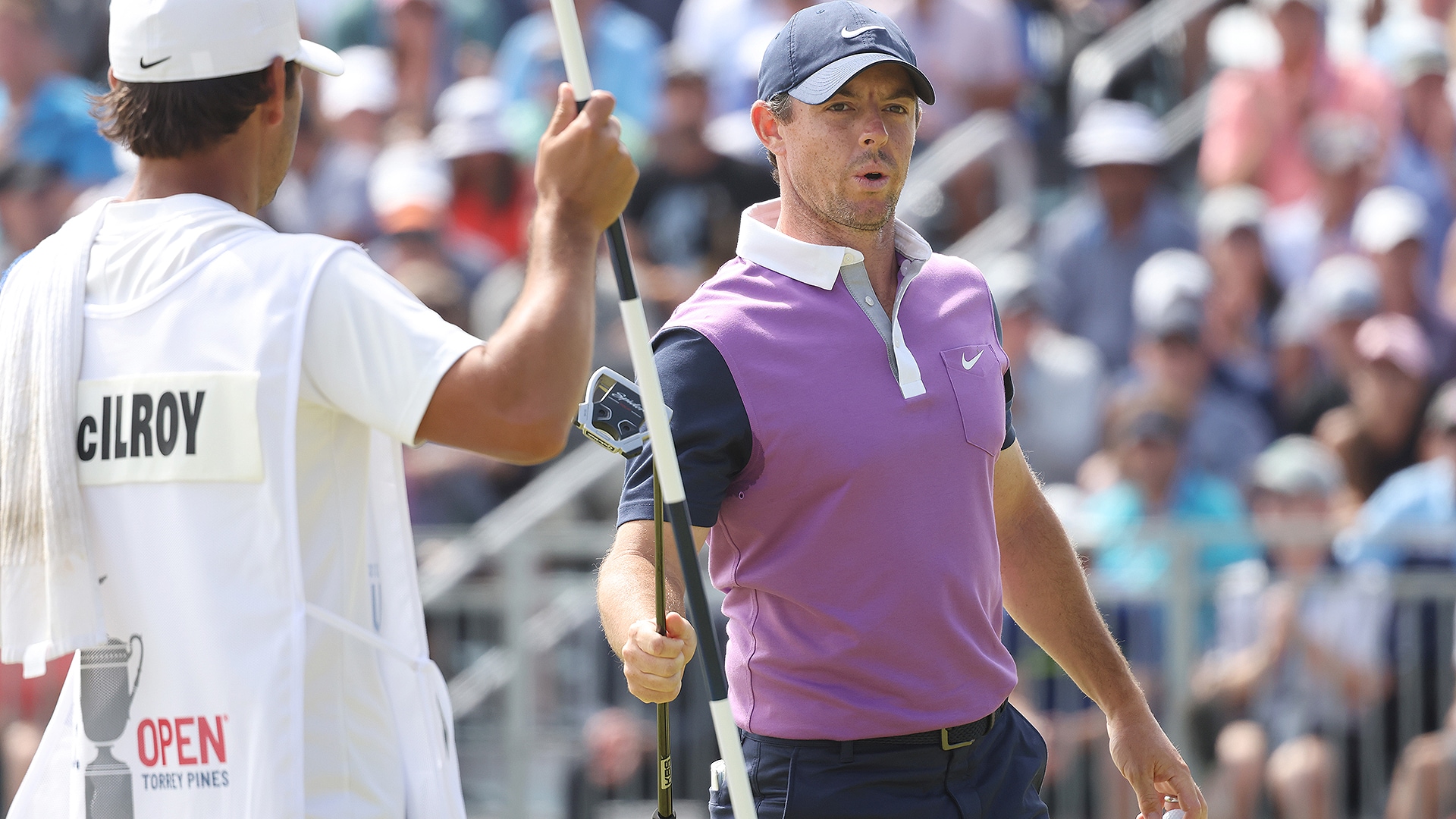 Davis, the soon-to-be erstwhile chief executive of the USGA, and Gore, the affable former-PGA Tour-winner-turned-player-relations-director, found themselves in the day’s first group as a caddie and a non-competing marker, respectively, at Torrey Pines, alongside Akshay Bhatia.

This was no longer theoretical.

“It's interesting, because I walked with hundreds of groups officiating, but it's different when you're actually with the player, I mean, right on top of the player,” Davis said. “A few times [Gore] actually did say, 'How do you think this is playing?'”

What they saw, up close and personal, was a course that would give and allow, however slightly. The South Course is a U.S. Open venue by every measure, but on Day 3 Davis, Gore & Co. went with a soft touch.

Paul Casey carded a 67 early to move onto the big board and Rory McIlroy matched him later in the afternoon to get into realistic contention at a major for the first time in at least three years.

When the marine layer lifted and the final pieces fell into place, the South Course had played to a 72.4 scoring average for Round 3, nearly a stroke and a half kinder and gentler than it had on Friday.

This was all by design, but Davis did offer an ominous warning: “We want to make sure they know this isn't the Farmers [Insurance Open]; we wanted to play a U.S. Open,” he said.

That’s normally USGA code for “play time is over” and those who have seen the tough side of Torrey Pines know Sunday’s outcome is undoubtedly tied to how the USGA plans to set up the South Course for the final lap. 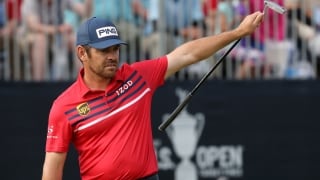 With three players – Mackenzie Hughes, Louis Oosthuizen and Russell Henley – tied for the lead at 5 under, 17 others within five shots of that mark and a perfectly perfect Southern California forecast, the USGA has the luxury of being able to create whatever finish they want.

“I think it depends on what they do with the setup,” Casey said. “I hope they don't go with every kind of pin that they can think of and every hard long tee, all that kind of stuff. If they are receptive to the idea of allowing guys to go for something, yeah, why not?”

The alternative is also an option and even with shorter tees and some fan-friendly hole locations on Saturday, there were still plenty of trap doors waiting for the wayward.

Richard Bland, the 48-year-old Englishman who through two rounds was playing the role of Rocco Mediate at this U.S. Open, struggled to a 77 on Saturday to fall from a tie for first place into a tie for 21st; and Matthew Wolff, whose unfiltered honesty about the challenges he’s faced the last few months was as refreshing as it was liberating, slumped with a 2-over 73 and is two shots back.

Easy is relative at a U.S. Open and a few red scores on the leaderboard doesn’t mean the USGA has gone soft.

“2011 felt like a walk in the park compared to this,” said McIlroy, who won by eight strokes, at 16 under, at the '11 U.S. Open. “This is the only tournament in the world where you fist pump a bogey.” 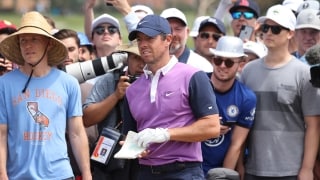 Sight for sore eyes: Rory with chance after 54

Rory McIlroy entering Sunday at a major with a legitimate chance to win has been a rare occurrence since McIlroy's last major win.

And that’s from a player who matched the card-of-the-day on Saturday.

Regardless of how the course is finetuned for the final round all of the ingredients are in place for another dramatic Open finish at Torrey Pines.

Tied with McIlroy at 3 under is defending champion Bryson DeChambeau, who famously overpowered Winged Foot last year for his first major championship. For DeChambeau, a move toward something more U.S. Open-like on Sunday would probably play right into his hands.

“I'm hitting driver off of pretty much every hole, depending on where the flag is,” he said. “I think the Winged Foot play is kind of what's going on this week so far.”

A shot behind DeChambeau is pre-tournament favorite and impressive golf historian Jon Rahm. Trying to live up to the 2008 championship on the South Course, where Tiger Woods beat Mediate on a broken leg on a marathon Monday, is always a zero-sum game, but the Spaniard sees similarities.

“Three shots back is not that big of a difference. If I remember correctly, Rocco was two or three shots back in 2008 and he forced a playoff,” said Rahm, who also pointed out that the last time he started a final round at Torrey Pines three shots back (2017 Farmers Insurance Open), he won.

Davis and Gore didn’t give any set-up secrets away following their between-the-ropes cameo early Saturday, but based on history and a general understanding of what the USGA is trying to accomplish – identify the world’s best, not embarrass them – players should probably brace for a more traditional U.S. Open test, which at Torrey Pines means long rough, longer holes, firm and fast greens and plenty of drama.