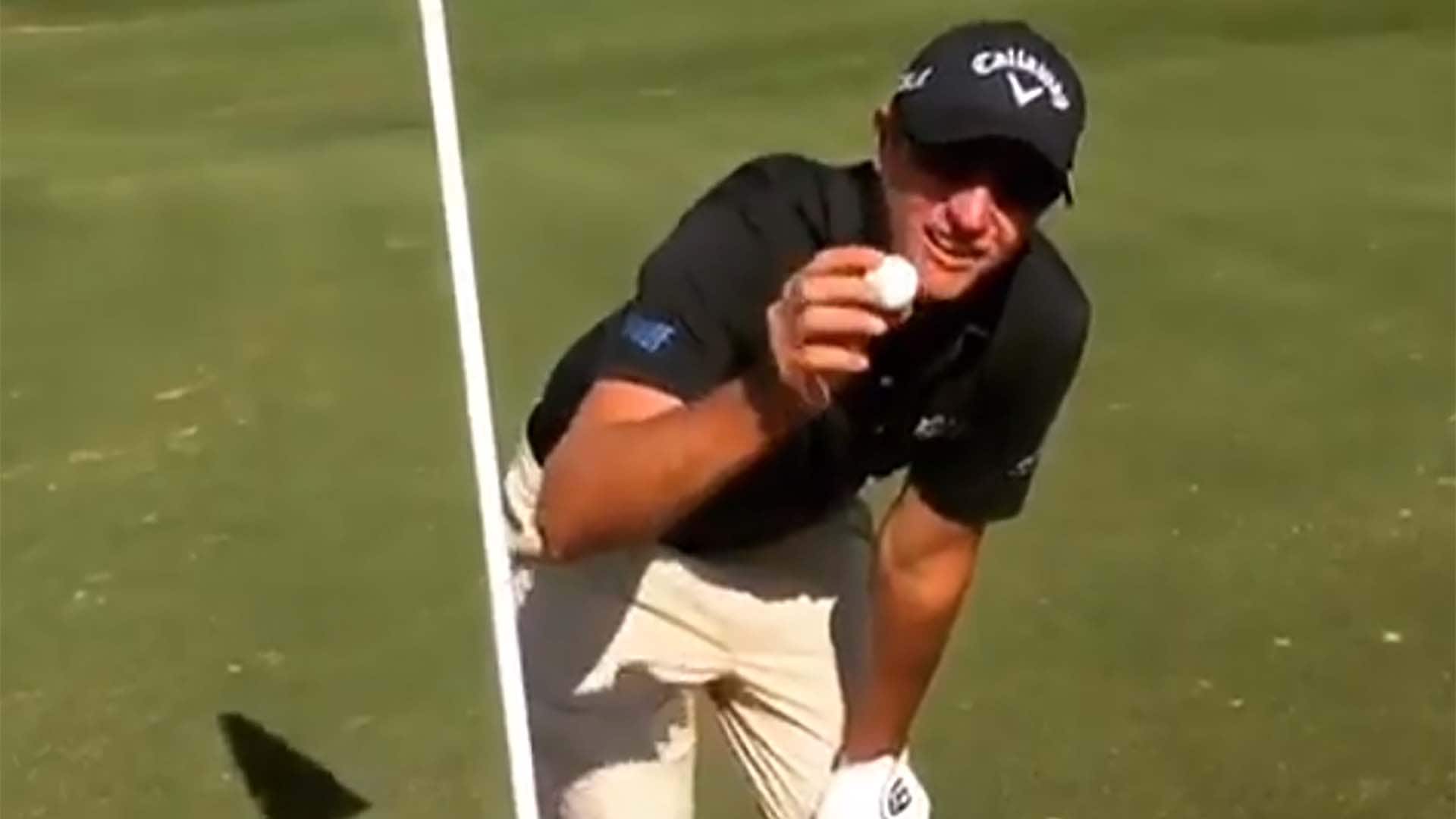 Nicolas Colsaerts has hit some pretty memorable shots in his career. Who could forget the time his tee shot ended up in a public bathroom? Or the time he hit a 3-iron out of his hotel room window?

But the shot he hit on on Wednesday at Trump International Golf Club Dubai was the one he had been waiting 30 years to hit - a hole-in-one.

The two-time European Tour winner took to Instagram to announce his first-ever ace, which just so happened to come on a par-4 ... because golf.

1st ever hole in one today after playing golf for 30 years...and of course what else then on a par 4!

Colsaerts is seen picking his lucky ball up out of the hole and admitting to the camera that a friend of his always said his first one would come on a par 4.

So with one swing of the driver Colsaerts picked up a hole-in-one and a friend who can tell the future.

That's a good day at the office. 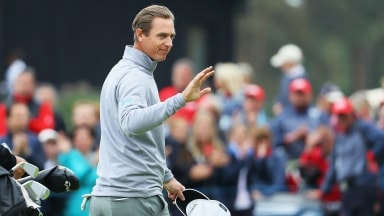 Home favorite Nicolas Colsaerts made it through to the quarterfinals of the European Tour's inaugural Belgian Knockout on Saturday.