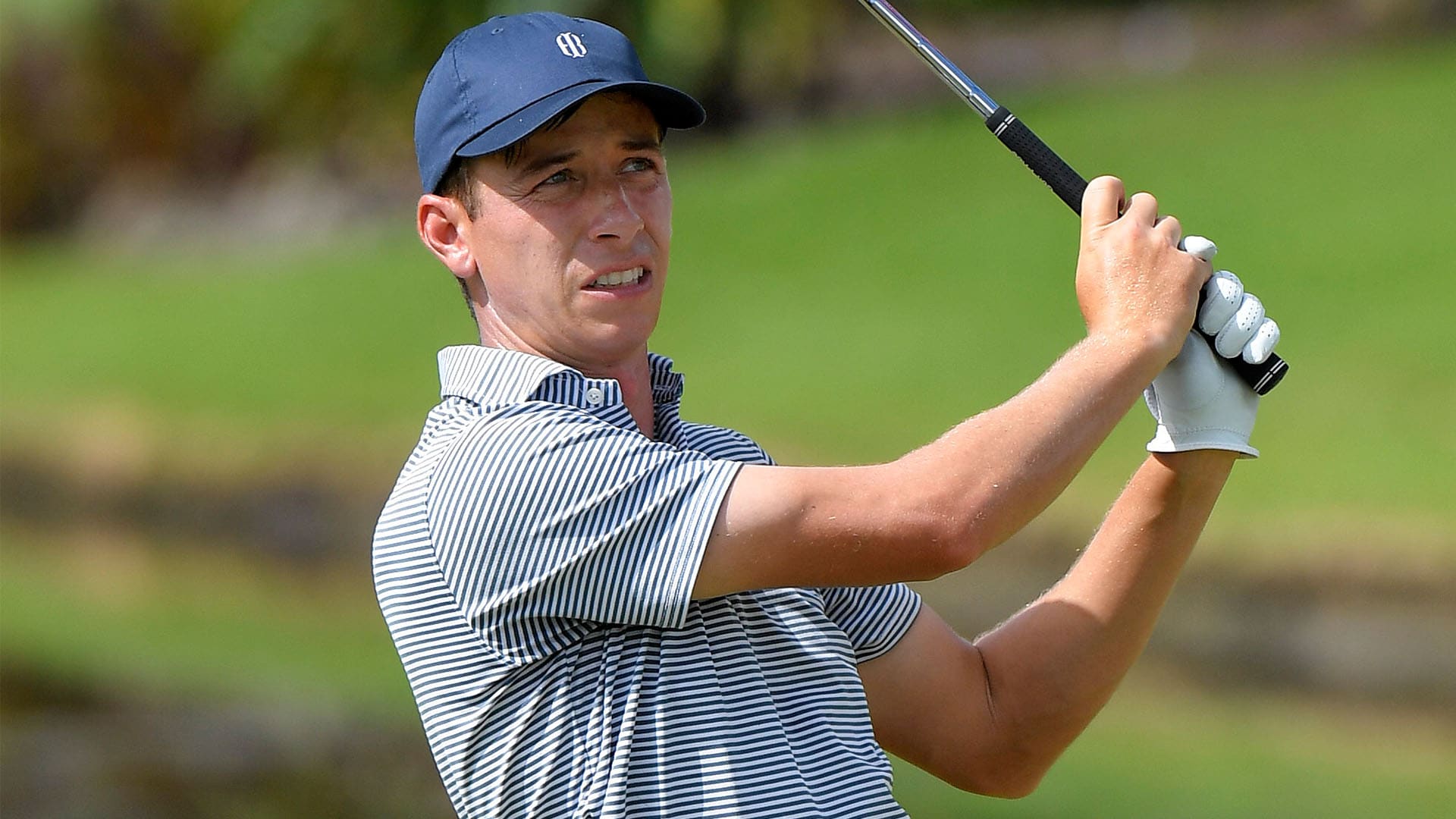 ST. AUGUSTINE, Fla. – There’s no playbook to processing momentous occasions, those few moments when a career feels on the precipice of a turning point. Some players dwell for weeks. Others run and hide in the aftermath. For Vince India, the answer was to briefly abandon the competitive grind and find solace in a few well-lubricated rounds at home.

“It was more friendly, leisure golf in a cart,” India explained. “Drinking booze with friends and playing 36 (holes) with an emergency nine mixed in somewhere.”

If India had left his clubs in Portland last August, no one would have blamed him. Contending for the first time on the Korn Ferry Tour in the circuit’s final regular-season event, he played himself from obscurity to within arm’s reach of the PGA Tour. He gunned for an eagle on the 72nd hole that he needed to win and instead left with a soul-crushing double bogey that meant his 2020 status on the developmental circuit was hardly a sure thing.

India may look 17, but he’s actually 31. He’s been at this a long time, having turned pro in 2011 and largely bouncing between the Korn Ferry and PGA Tour Latinoamerica since. He’s made a total of three PGA Tour starts. That singular hole in Portland, when every possible outcome seemingly whizzed by in the span of 10 minutes, could have become the pivotal moment in a story of what might have been.

Instead, India heads into the final round of The King & Bear Classic as the man to beat, with the Korn Ferry record book in his sights.

India has scorched this week’s layout, a 10-minute drive from the World Golf Hall of Fame, including a 10-under 62 during the third round that tied the course record. He would have had it alone were it not for a 6-foot eagle miss on the final green, but the numbers are still eye-popping on the par-72 layout: 25 under through 54 holes, with a total of two dropped shots. India broke free from a tight leaderboard with a front-nine 29 Friday, building a five-shot advantage at one point, and now leads by four over PGA Tour veteran Chris Kirk.

“I want to get to 30 under,” India said confidently, drawing a line in the sand that would equal the Korn Ferry scoring record in relation to par that Stephan Jaeger set in 2016.

India is equal parts slim and self-deprecating, weighing in at 150 pounds (and that might be on the generous side). But he doesn’t mind reflecting on what transpired in Portland 10 months ago, chalking it up to a few tough bounces after taking an aggressive approach.

“That is kind of the nature of this stupid game,” he said.

While some players worked on their swing during the coronavirus hiatus, India looked elsewhere. He started dabbling in yoga and meditation, working on relaxation. It hasn’t taken long for those efforts to yield results; last week’s T-10 finish at TPC Sawgrass was just his second career top-10 finish in 98 starts. The other, of course, being his emotional whirlwind in Oregon.

He’s aware of his tendency to speed up under the gun, one he knows he’ll have to fight Saturday as he looks to close out the biggest win of his career. Playing some of the best golf of his career, he hopes to put the hard lessons learned in Portland to good use.

“Over a golf shot things just move quicker. I feel like I am gripping the club like the Hulk,” India said. “So I know what to expect when those situations come up, and have a pretty good plan in place.”

India won’t be the only player in the final group eager for some redemption. The only player starting within six shots of the lead will be Kirk, a 35-year-old who hasn’t played a Korn Ferry event since 2010. But his PGA Tour status left him as first alternate for the RBC Heritage, meaning he took the unconventional commute from Fort Worth to St. Augustine. The decision has panned out after three straight rounds of 66 or better.

Kirk’s last win came five years ago at Colonial, one that took him to 17th in the world rankings. Since then he’s battled issues both on and off the course, taking a leave of absence last summer to address concerns with alcohol abuse and depression. He returned in November but has yet to regain his previous form. He admits that, years ago, he could self-assuredly walk the range at a PGA Tour event knowing that he was one of the best players in sight. 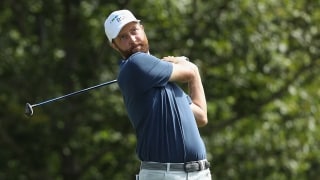 Chris Kirk announced Tuesday that he is taking "an indefinite leave" from the PGA Tour to address issues with alcohol abuse and depression.

“I don’t feel that now, to be honest with you,” said Kirk, who teed off this week ranked No. 522 in the world.

But a few birdies can fix months’ worth of confidence deficiencies, and Kirk is eager to try to chase down India on a course where he remains bogey-free through 54 holes.

“If I go play a good round tomorrow, I will be happy no matter what the outcome is,” Kirk said. “I just want to play some good golf, make some good shots and roll in a few putts. It’s that simple.”

Win or lose, Kirk will be back on the PGA Tour in two weeks in Detroit. The same can’t be said for India, who once again has a chance to vault up the standings as he looks to finally break onto the big stage a decade after turning pro.

It’s also a tantalizing opportunity to transform last year’s calamitous final hole from a potential turning point into merely a footnote in his career progression.