Without Kerr, Lexi set to partner with rookie Altomare at Solheim Cup 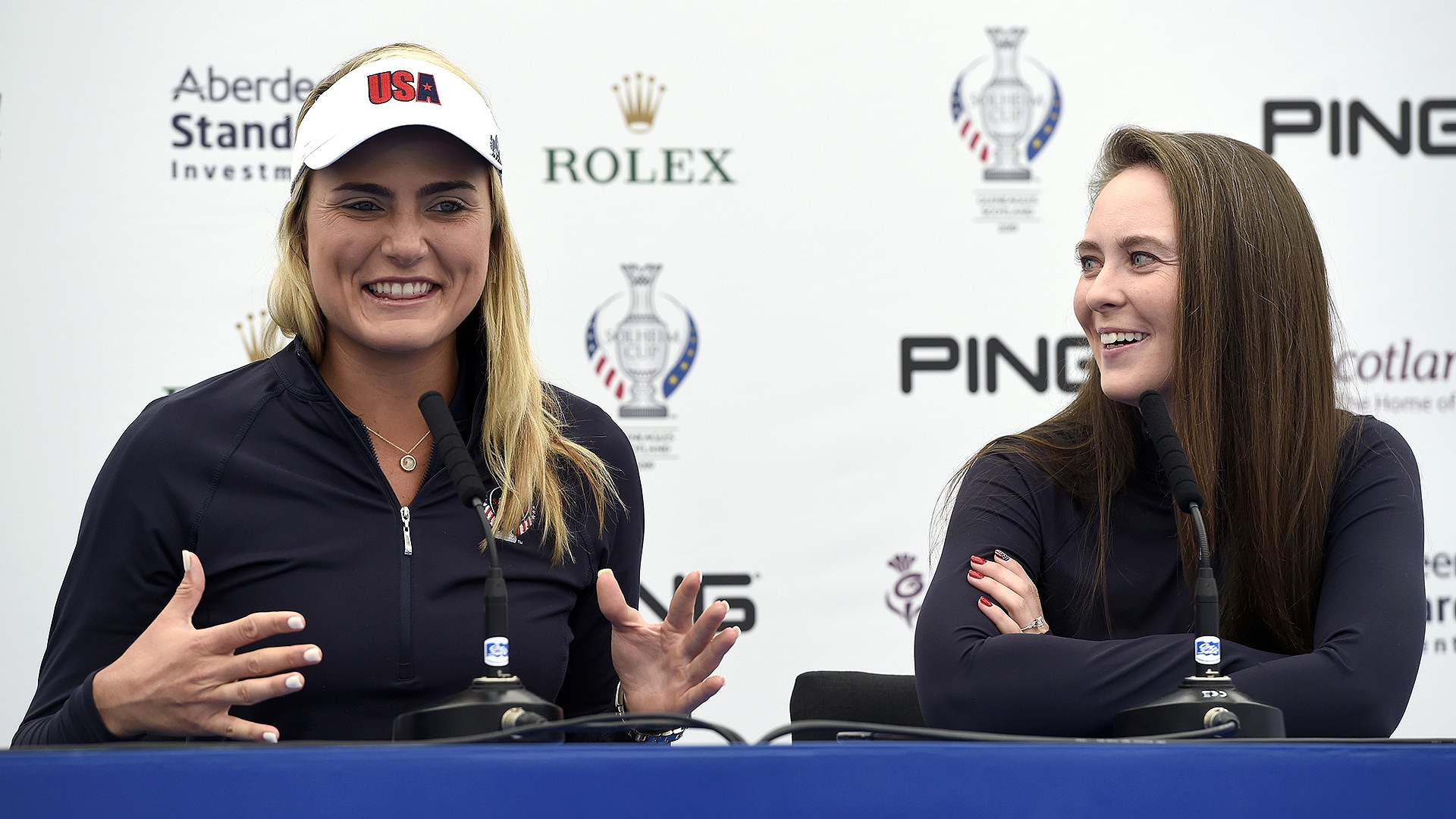 GLENEAGLES, Scotland – There have been some incredible duos over the years.

The latter has starred on the international stage since the 2014 UL International Crown, compiling a sparkling 11-1-2 record together in foursomes and fourball formats. However, the tour does not run through Gleneagles this year, as the veteran Kerr was left off the Team USA roster.

“It’s definitely different not having Cristie here,” said Thompson, on the eve of her fourth Solheim Cup. “But she's always a special part of the team aspect in Solheim Cup. She's definitely missed but we know she's here in spirit, cheering us on.” 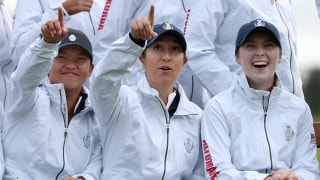 Thompson, though, will still need someone to partner with in Scotland.

The highest-ranked American, at No. 3 in the world, Thompson said Thursday that she still doesn’t necessarily consider herself a leader – “none of us are really a leader,” she contended. But Thompson, an emotional player, had seemed to benefit from being alongside Kerr, a fiery player with leadership qualities who could easily pick up Thompson when she got down.

Thompson will have to do that on her own this week. She entered this year’s matches in a pod with Jessica Korda, Nelly Korda and Morgan Pressel, but when Stacy Lewis withdrew Tuesday with a back injury, Pressel was replaced in the pod with rookie Brittany Altomare.

While it is expected for the Korda sisters to team up, that means that Thompson and Altomare will pair together – at least to start the event.

Opposite games, indeed, but the two believe their personalities mesh well together. Though Altomare shows little emotion on the course, she and Thompson have clicked off of it, already developing some inside jokes between the two of them.

“We knew each other decent, but I think I've definitely got to know her a lot better this week,” Altomare said.

Thompson and Altomare played in the same pairing on Sunday of last month’s CP Women’s Open. When Thompson walked off the course, she told Inkster she was impressed with Altomare.

But how will they play together?