With world watching, Tour knows: We've gotta get this right, right away 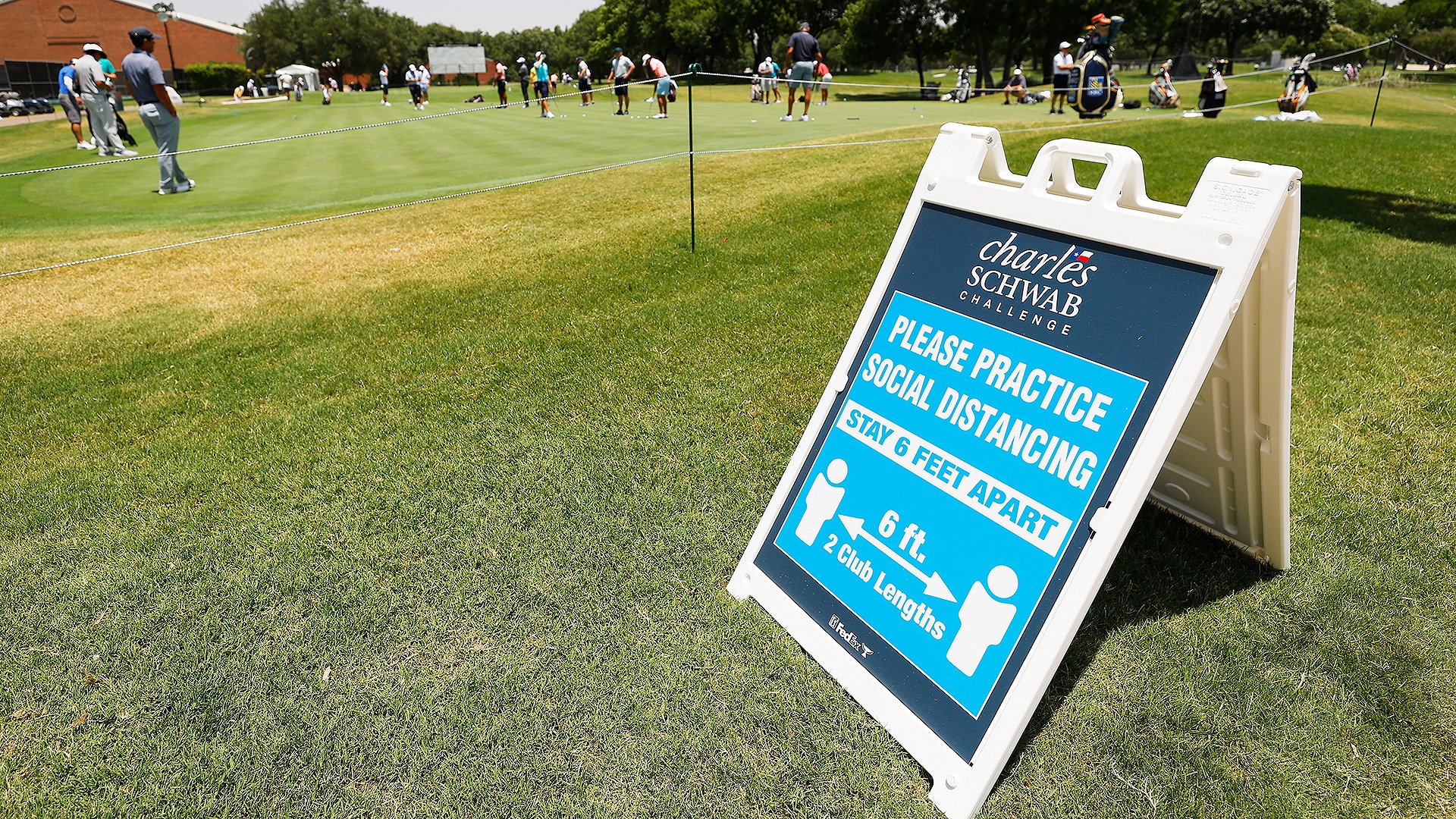 FORT WORTH, Texas – Asked how surreal life will be on the PGA Tour in the era of COVID-19, Justin Thomas spoke for the group: “I would say 2020 is beyond a bizarre year so far,” he shrugged and said with an edge of fatigue in his voice.

This week’s Charles Schwab Challenge is being positioned as a revival, a chance to embrace something that many hope will be normal-adjacent. And while players and caddies happily settled into a reimagined routine on Tuesday at Colonial, the gravity of the moment was ever present.

Golf isn’t the first major sport to venture out from quarantine – NASCAR has been racing for weeks and even the NBA has a back-to-work plan – but there is an unmistakable sense that the world is watching.

Over the last few weeks, the Tour has leaned into the notion that golf has a responsibility to get this right and set an example for how sports can move forward from a pandemic that halted play for 91 days.

“Every player out here, every person as a part of this organization should [feel a responsibility],” said Harold Varner III, before being distracted by this reporter’s appearance via teleconference. “I'm not saying I'm the best at it, it's just how ... do you have to have on that [PPE] mask as you talk to me? I didn't know that.”

It was a vivid snapshot of changed times.

That player interviews are now conducted over video links, and the “bubble” the Tour has created around events, which excludes everyone except the players, caddies and a select few officials, doesn’t scratch the surface of how transformed the Tour has become.

For those who made the journey to Fort Worth, life post-hiatus began taking dramatic turns last week when the Tour began blanketing the traveling circus with testing requirements. From daily health questionnaires to COVID-19 tests, it was immediately evident that everything had changed.

“The main thing is, I told myself for two weeks I was going to stay as safe as possible. I won't lie to you, I was kind of nervous waiting for the results of both [COVID-19 tests],” Ryan Palmer said. “I didn’t know if I have it or not. You can't really tell. Those were some interesting moments waiting for those results.”

On Tuesday at Colonial, much looked the same. The tree-lined Perry Maxwell design, the statue of Ben Hogan towering over the 18th fairway, even the ubiquitous hot Texas wind was just the way the Tour left it last year when Kevin Na won. But the differences soon became obvious.

Before they even arrived at Colonial players and caddies were diverted to an off-site testing location, the nearby Dickies Arena, for a PCR nasal swab test.

“The needle up my nose is the craziest thing. Yeah, that was nuts,” Varner said, before adding, “I tested negative for COVID, so that's a positive. I found that out while I was sitting here.”

On Colonial’s sprawling practice tee, which is ideal for social distancing, players engaged in an awkward standoff with equipment representatives, who are not included within the testing “bubble” and are required to interact with players only through a quarantine portal. For those accustomed to the ease of interaction, it was off-putting to the extreme. It’s also the cost of doing business in 2020.

Given the choice of playing Tour events with strict social distancing and testing guidelines vs. not playing at all, there is universal agreement – let us play.

If Tuesday’s practice rounds were any indication, there will be mistakes along the way. Social media is sure to unpack every forgetful high-five or random conversation that doesn’t include 6 feet of daylight between the participants. 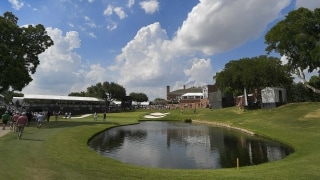 The PGA Tour plans to observe a minute of silence, beginning with Thursday’s opening round at the Charles Schwab Challenge.

Along with a healthy amount of anticipation, there was a palpable sense of the untraveled road at Colonial. There are sure to be plenty of first-tee encounters without the traditional handshake and odd moments when the right thing to do isn’t the familiar thing to do.

“What'll be weird is when you stand on the tee boxes trying to separate yourself a bit from your competitors,” Jordan Spieth said. “Just normally when you're on the tee box everyone is crunched up in the same area, so I think it'll be a little bit unusual just trying to actually focus on social distancing on the tee because the rest of the hole it should be pretty easy.”

Some the lengths to which the Tour has gone this week to avoid even the appearance of indifference is excessive, but there really isn’t any other way. One positive coronavirus test would be uncomfortable; five would be a problem. A dozen - or more - positive tests would be catastrophic for the Tour and probably for sports.

Three months of exhaustive planning and hoping are on the line this week and there are no guarantees of a second chance anytime soon.

“I think we need this week to go off without a glitch. I mean, we need to make sure this week is great, not only for the world of sports but our Tour,” Palmer said. “If we come off this week and the fans get a great show and no [coronavirus] cases, I think it's going to be a huge success for the Tour, for our fans, for the sporting world. We need live golf. America needs it. We need live sports.”

As a business, golf needs to get back to work. As a nation, we need live sports – but not at any costs. The margin of error has never been so thin, which is particularly concerning given the uncertainties of the coronavirus. If not a trailblazer, golf certainly finds itself on the pointy end of the pandemic spear and Colonial is where all the planning and preparation is put to the test.

For all the wrong reasons, the Charles Schwab Challenge is one of the game’s most significant tournaments. It’s an opportunity for golf to prove that sports can safely start again, and, as everyone on property is well aware, it’s a very real responsibility to get this right.