Daly calls out The Rock over 490-yard drive claim 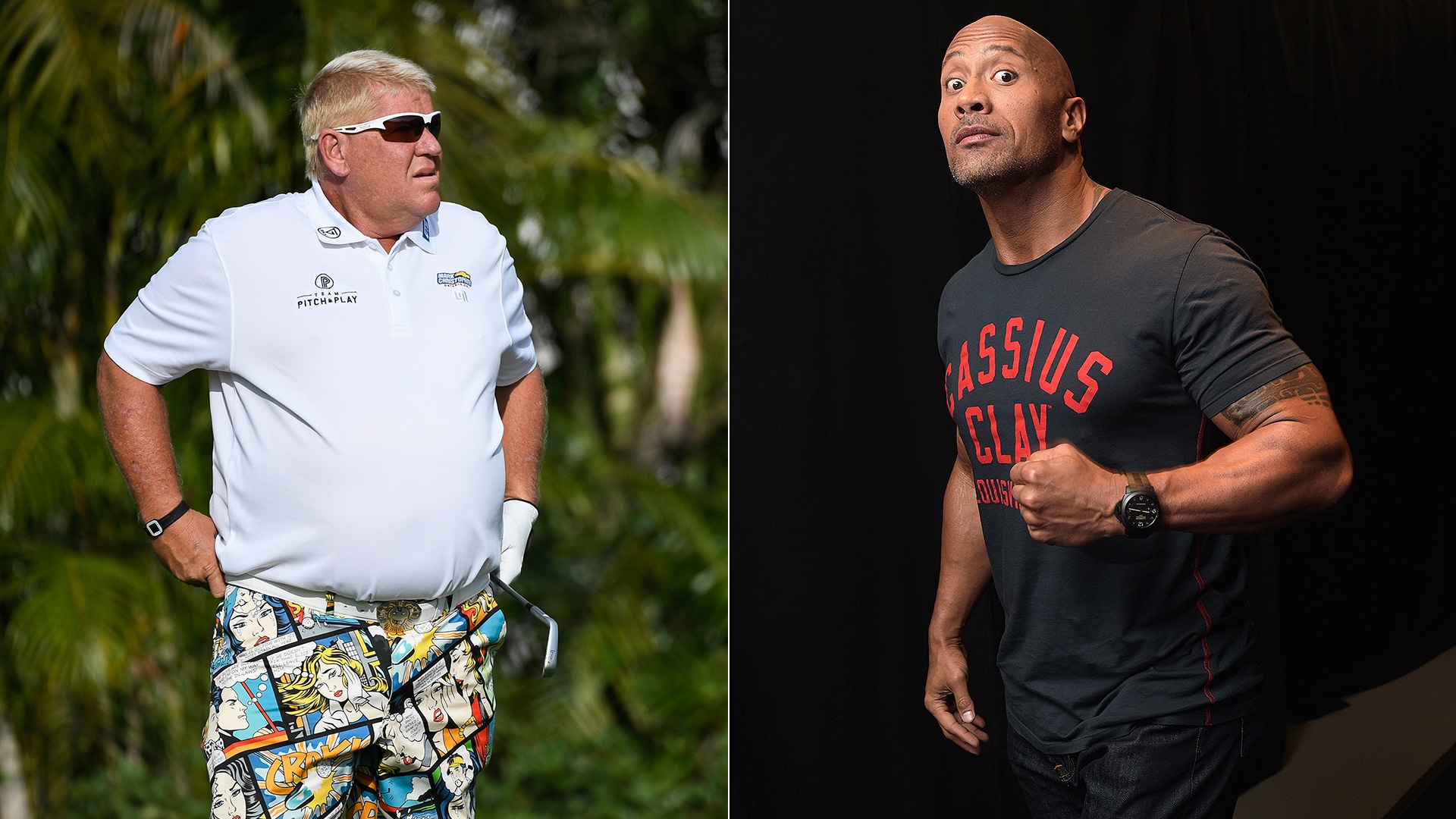 John Daly smells what The Rock is cooking, and to him, it smells a little fishy.

Dwayne "The Rock" Johnson claimed earlier this week that he hit a 490-yard drive while on the set of his HBO show "Ballers," and while that number may seem ridiculous, it's hard to doubt The Rock because, you know, he's ridiculous.

But John Daly, who knows a thing or two about hitting the ball a long way, doesn't want to hear it, and called out the "Baywatch" actor when TMZ Sports caught up with him on Wednesday.

All-time quote, "I don't work out, I put out," aside, hard to argue with Daly here.

For his part, The Rock all but fessed up on Twitter, saying he's an optimist and always rounds up.

Ha luv this from the man himself @PGA_JohnDaly. Well it looked like about 490 yards to me, but hell Im an optimist and always round uphttps://t.co/daUHCoDyOv

Rounding up the numbers on your drive, eh? Well, if that doesn't sound like every golfer ... ever. Try to be more likeable, Rock. You can't.