Bombs of the Week: Bay Hill 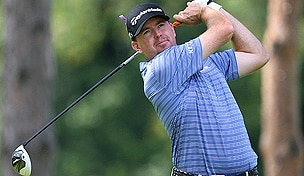 Getty Images
CARLSBAD, CA - MARCH 28: Hee Kyung Seo of South Korea hits her third shot on the 18th hole during the final round of the Kia Classic Presented by J Golf at La Costa Resort and Spa on March 28, 2010 in Carlsbad, California. (Photo by Stephen Dunn/Getty Images)  -

Each week, GolfChannel.com will take a detailed look at the players who pounded the farthest and fastest tee shots on the PGA Tour. Here are the four most important distance-related stats from the Arnold Palmer Invitational, won by Tiger Woods:

It was a bit of a surprise to learn that this was the first time that Garrigus has topped this category this season. His big blast came on the 390-yard fifth hole in the opening round at Bay Hill, even though it didn’t help Garrigus during the tournament, as his 77-72 led to his first missed cut of the season. Phil Mickelson’s 450-yard cart path-aided drive at Doral is still the longest of the season.

The Englishman finished second at Bay Hill, but he also showed that he can get his tee shot out there a little bit, finishing with the longest carry distance of the week. He ranked well behind Graham DeLaet’s Tour-topping 324.2-yard bomb at Honda, but he was still ahead of last week’s leader, Angel Cabrera.

This is the second time that Beljan has topped this category, but he couldn’t quite replicate his performance from Riviera. That said, Beljan’s swing speed at Bay Hill was still the second-fastest of the season. Overall, he leads the Tour in clubhead speed (124.61 mph).

No surprise, Beljan also was the leader in this category, as well. It was the fastest ball speed since Dustin Johnson’s season-opening 184.38 mph ball speed at Kapalua. 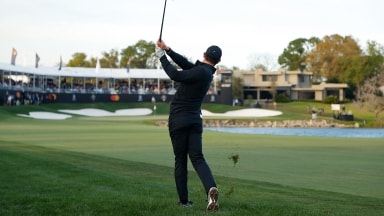 If you watched Saturday's coverage, you probably thought: Huh. Tough day out there. But how tough was it? Here are a few examples, straight from the players. 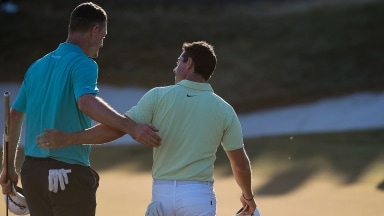 Rose: Rory has 'never' putted as well as API 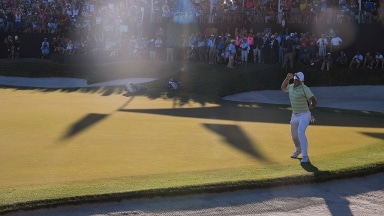