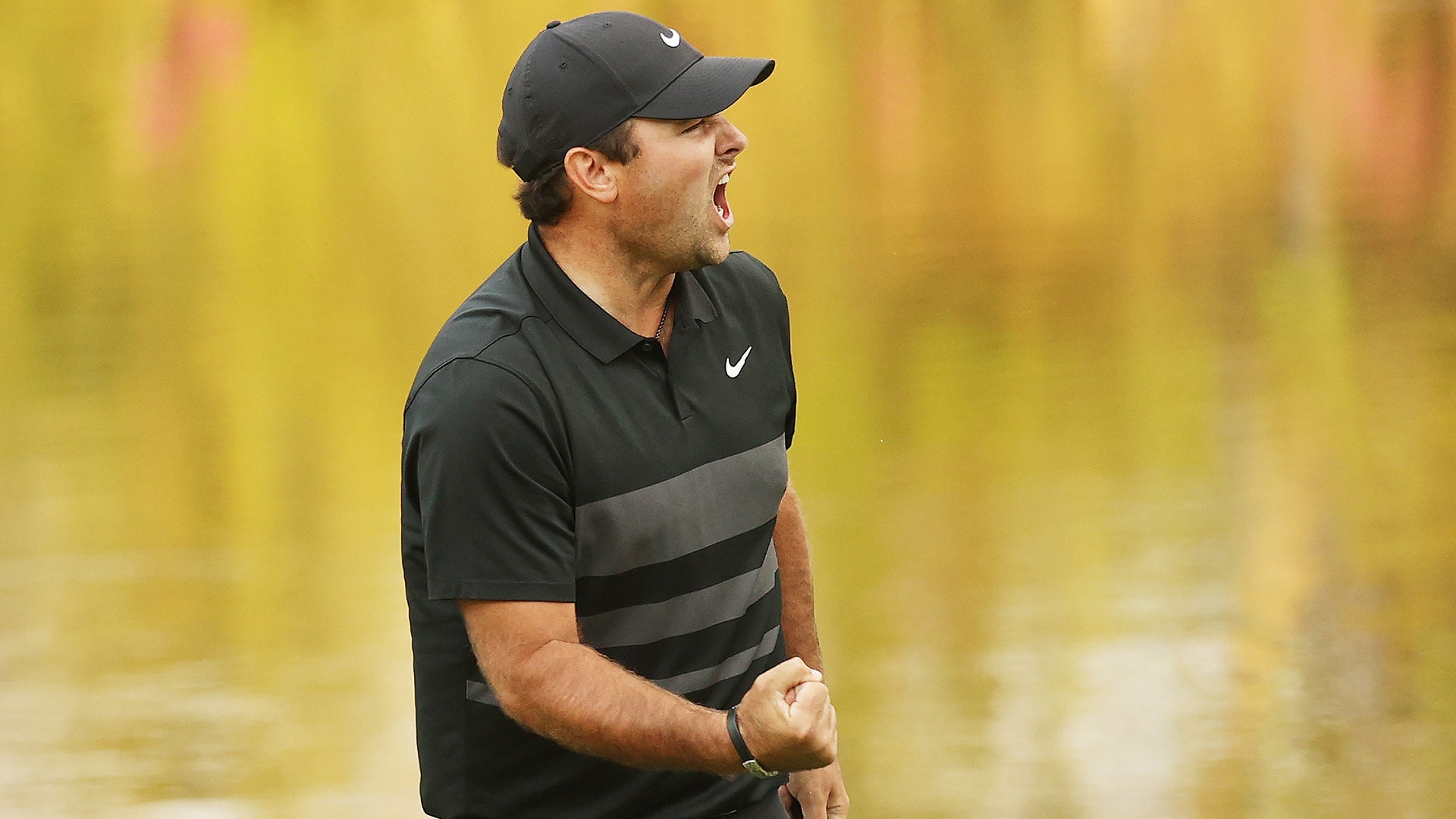 MEXICO CITY – Six years ago at a tournament formerly known as the WGC-Cadillac Championship, a round-faced Patrick Reed sidled into the media center looking the part with cowboy boots and an unrepentant smirk.

“I’ve worked so hard, I’ve won a lot in my junior career, did great things in [my] amateur career, was 6-0 in match play in NCAAs, won NCAAs two years in a row, got third individually one year, and now I have three wins out here on the PGA Tour,” he proclaimed.

“I just don’t see a lot of guys that have done that, besides Tiger Woods, and the other legends of the game. It’s just one of those things, I believe in myself and – especially with how hard I’ve worked – I’m one of the top 5 players in the world.”

He was actually ranked 20th following that victory.

In retrospect that innocent faux pas doesn’t even rank among the top 5 of Reed’s most egregious missteps in recent years, nothing more than a youthful boast by a confident player. It’s only worth revisiting that episode in Reed’s career because of his one-stroke victory on Sunday at the WGC-Mexico Championship, which is what the Cadillac event transformed into when it bolted South Florida for south of the border in 2017.

For Reed it’s victory No. 8 on the PGA Tour, a much-needed diversion following an eventful few months and, however ironically, still not enough to fulfill that bravado from six years ago.

For four weeks in the fall of 2016 he inched to No. 7 in the world, but he never cracked the top 5. And he still hasn’t. Even his victory Sunday at Chapultepec Golf Club over a star-studded leaderboard wasn’t good enough to move past that threshold (he's now No. 8 in the world), but it will help change the conversation, however briefly.

This is, after all, the same player who has endured the slings and arrows of fans and media since he raked sand during the third round of the Hero World Challenge. At the time, Reed accepted responsibility - although there was a curious comment involving camera angles - and his two-shot penalty.

Prior to last year’s Presidents Cup, Australia’s Cameron Smith called out Reed out, saying, “If you make a mistake once, maybe you can understand, but to give like a bit of a bulls–t response like the camera angle, I mean, that’s pretty up there ... for anyone that is cheating the rules, I’m not up for that.”

The tension boiled over the next week during the matches at Royal Melbourne when Reed’s caddie/brother-in-law, Kessler Karain, was banned from working the final day after an altercation with an outspoken fan following Saturday’s matches.

The criticism has gone well beyond traditional and social media. In Maui last month he was heckled by a fan who yelled, “cheater,” and there were similar incidents three weeks later at the Farmers Insurance Open.

If nothing else, this week’s stop in Mexico was a welcome reprieve from the outspoken masses and Reed appeared to find some solace on the golf course even while more controversy swirled outside the ropes.

“The biggest thing for me is any time I go to the golf course, I pop in my headphones, get to work, and just really get in tune with every golf shot I hit,” Reed said following a second-round 63. “Because at the end of the day, you can't listen to what other people are saying.”

Other people certainly had plenty to say, beginning with world No. 2 Brooks Koepka who was asked during a SiriusXM PGA Tour Radio interview about Reed’s penalty last December in the Bahamas.

“Yeah. I don’t know what he was doing, building sand castles in the sand,” Koepka said. “You know where your club is. I took three months off and I can promise you I know if I touch sand. If you look at the video, obviously he grazes the sand twice and then he still chops down on it.”

Within the same news cycle, former CBS analyst Peter Kostis piled on when he told the No Laying Up podcast, “I’ve seen Patrick Reed improve his lie, up close and personal, four times now.”

Flanked by an attorney, who has been by his side the last few months, Reed endured another round of difficult questions on Thursday.

“I said what I have to say about what happened in the Bahamas, and at the end of the day, all I'm trying to do is go out and play good golf and trying to win a golf championship and hopefully run [first-round leader] Rory [McIlroy] down,” he said.

He was able to run down Rory and Bryson DeChambeau and Jon Rahm and Justin Thomas and even Erik van Rooyen, but he still can’t outrun his past.

Following a frenzied final round that featured countless lead changes, Reed was asked what it’s like when it feels like the world is against you, “I'm used to it,” he said.

He’s been here enough times to know the drill. His fall from grace began at the 2018 Ryder Cup, when Captain America lost his luster after criticizing then-U.S. captain Jim Furyk and teammate Jordan Spieth.

But then he felt the same heat late last year in Australia when he rolled over C.T Pan, 4 and 2, in Sunday singles under an unrelenting microscope. He may not enjoy the criticism, but he certainly seems to savor the challenge of proving a point.

“I felt like I had something to prove to myself coming into this week because I feel like I've been playing some really solid golf,” he said. “I knew we were in a good pattern and I knew all I needed to do was continue to try to improve on my golf game, but at the same time just block out all the noise, no matter what it was.”

With Reed there’s always noise, distractions that are almost entirely self-inflicted. But along with all that baggage is a uniquely talented player who seems to perform at his best when the world around him is at its worst.

Reed is complicated, infinitely talented and unapologetic. But he's not quite a top-5 player.