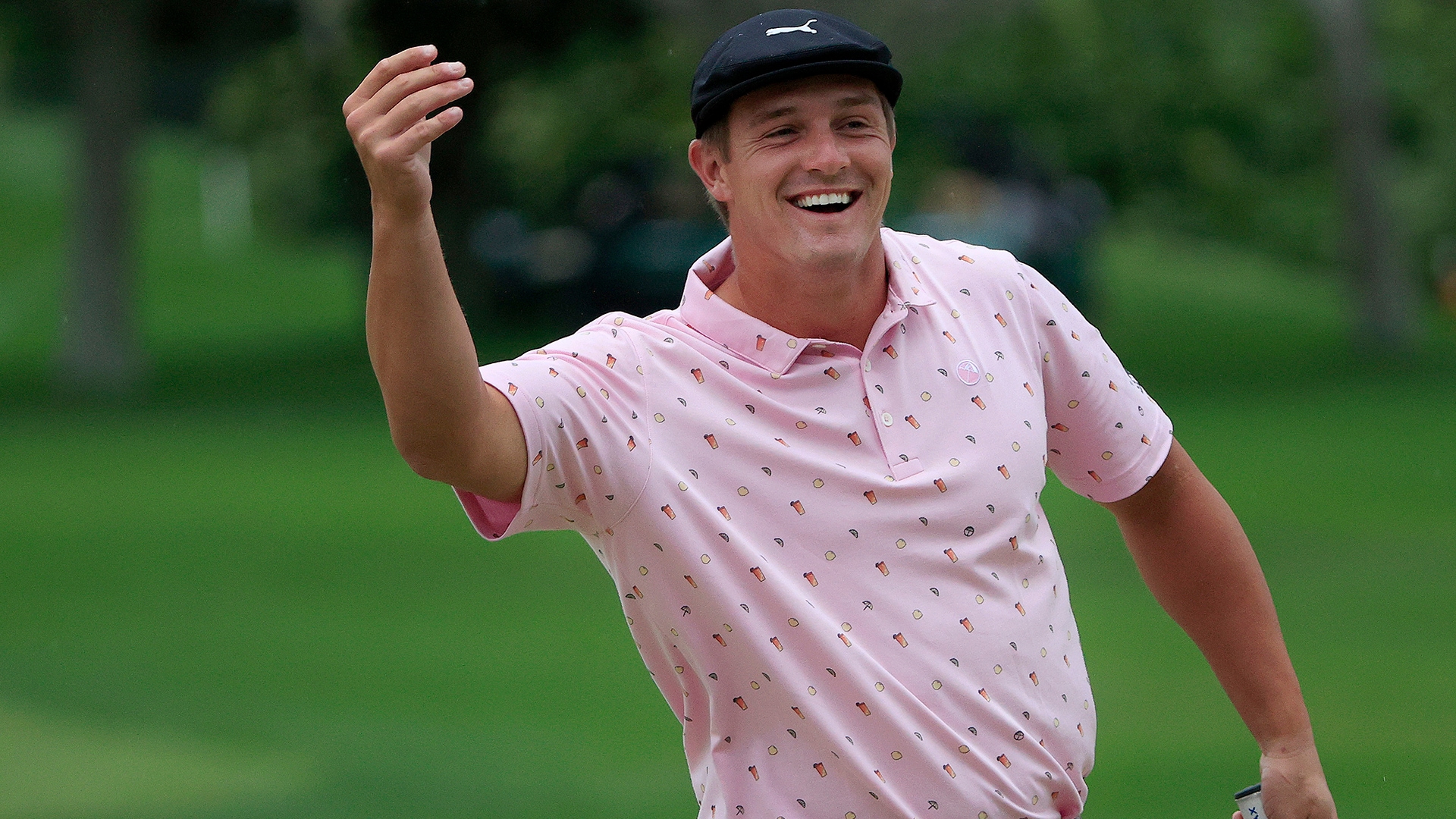 ORLANDO, Fla. – As attendance ramps up on the PGA Tour, the traveling show is following suit.

Take Saturday’s third round of the Arnold Palmer Invitational, for example, where thousands of fans were treated to quite the variety of theatre around Bay Hill Club and Lodge.

Bryson DeChambeau briefly morphed into Rocky Balboa after finally delivering the knockout blow he’s been promising at the sixth hole.

Jordan Spieth made a hole-in-one, dunked a bunker shot, drained over 141 feet of putts, and did it all while playing as a single for 14 holes.

And 47-year-old Lee Westwood shrugged off senior-tour questions before taking it to the young kids with eight birdies and an eagle. His 7-under 65 gave the veteran a one-shot lead over DeChambeau and Corey Conners. Spieth, Rory McIlroy, Jason Day and defending champion Tyrell Hatton are all within five shots of Westwood, who has won 12 times worldwide since his last Tour victory, at the 2010 St. Jude Classic in Memphis, yet somehow only owns one top-10 in 13 trips to Bay Hill, a place he adores.

The Englishman’s ball-striking is still one of pro golf’s modern marvels, but on Saturday it was his putting that dropped many a mask-wearing jaws. He totaled nearly 130 feet of putts in Round 3, and that didn’t include a 32-foot eagle make from the fringe at No. 16.

“Last week I made 130 feet over four rounds,” Westwood quipped.

For once, it was Westwood’s turn to crack jokes. Earlier this week, Westwood said some of his younger peers asked him about competing on the PGA Tour Champions in two years.

“Everybody keeps asking me when I'm going to the seniors tour,” Westwood said with a laugh, “so I think they're trying to get rid of me.”

They’ll all begin Sunday chasing Westwood, including DeChambeau, who has undoubtedly been the main attraction this week at Arnie’s Place. 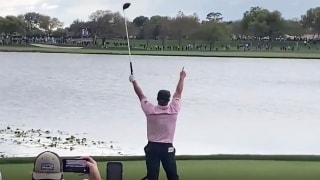 Bryson DeChambeau didn't drive the green, but he still put on a show by taking a mind-boggling aggressive line Saturday at Bay Hill.

DeChambeau had spent days bottling up anticipation before unveiling his big experiment Saturday with a 370-yard drive that exploded off the clubface and landed just 70 yards right of the green at the 555-yard hole. It wasn’t exactly what he had promised, but it didn’t matter, to the fans or DeChambeau, who, with the ball still in mid-flight, raised both hands in the air like he’d just ascended the 72 stone steps leading up to the Philadelphia Museum of Art.

“It felt like I won a tournament there,” said DeChambeau, who easily birdied the hole. It was one of six birdies for DeChambeau, whose third-round 68 also included a small sideshow at the ninth hole, where he drove it way right and into Lot 7 before hitting an incredible approach to 14 feet and making par. 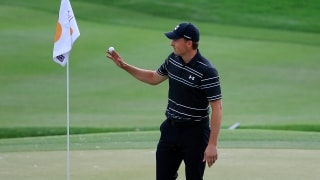 Jordan Spieth got off to a hot start Saturday at Bay Hill, holing out for an ace at the par-3 second.

If anyone thought that was wild, though, they might’ve needed Dramamine witnessing Spieth’s round. The resurging superstar, who has held two 54-hole leads in the past month, began his day by sinking a 19-footer for birdie at the opening hole. He then stepped on the second tee and holed a 5-iron from 220 yards for his third career Tour ace. (Jazz Janewattananond later added an ace at No. 14.)

At that point, Spieth was feeling it.

“It was almost like kind of first-shot-at-the-Ryder Cup kind of feeling, where you're just so amped up,” he said.

OK, so maybe feeling it too much. Spieth yanked his tee ball at the par-4 third hole into the water, yet avoided disaster by draining a 32-footer for par. His playing competitor, Justin Rose, put three in the drink and pulled out a hole later with a back injury.

Rose’s sudden exit left Spieth alone to do his thing. He nearly blocked a drive out of bounds at the par-5 fourth and made par. He had to can a 15-footer for par on the next hole. He splashed out perfectly for a sandy birdie at the par-3 seventh. When he made the turn, he did so by converting a 36-footer for birdie at No. 10. He had to save par at the inviting par-5 16th hole after coming inches from hitting his second shot in the pond.

Spieth’s birdie at the par-5 12th hole was the only easy circle he put on the card.

“It was just another round that, unfortunately, wasn't boring for me,” said Spieth, who bogeyed Nos. 14 and 17 coming in to shoot 68 and get to 9 under, two shots back. “I'm trying to have boring rounds.”

Those watching, selfishly, are hoping Spieth doesn’t get his way again Sunday.